Rick Ross Ask For Judge Permission To Leave The Country Rick Ross is scheduled to perform in the Caribbean in a couple months, but will definitely be a no-show ... unless he can convince a judge he's not a flight risk.

Ross' attorney Steven Sadow tells TMZ he's laid out their case for why Ross should be allowed to leave for his April gigs on the island of St. Martin, and possibly Europe.… 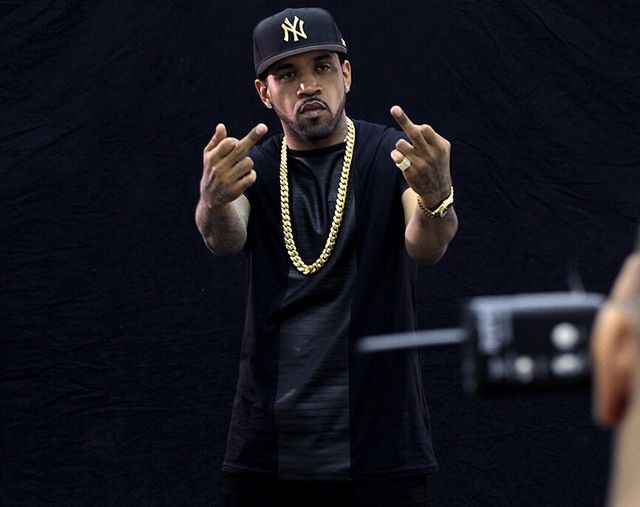 Early in his career, 50 Cent made a smart move when he immediately gave his G-Unit rappers an imprint. On the heels of his success, 50 Cent helped Lloyd Banks become a big name. Many of his big name features, 50 Cent shared with G-Unit.

Lloyd Banks reaped the benefits, big time, and was one of 2004’s biggest breakout artists. Ultimately, Kanye West ended up being the… 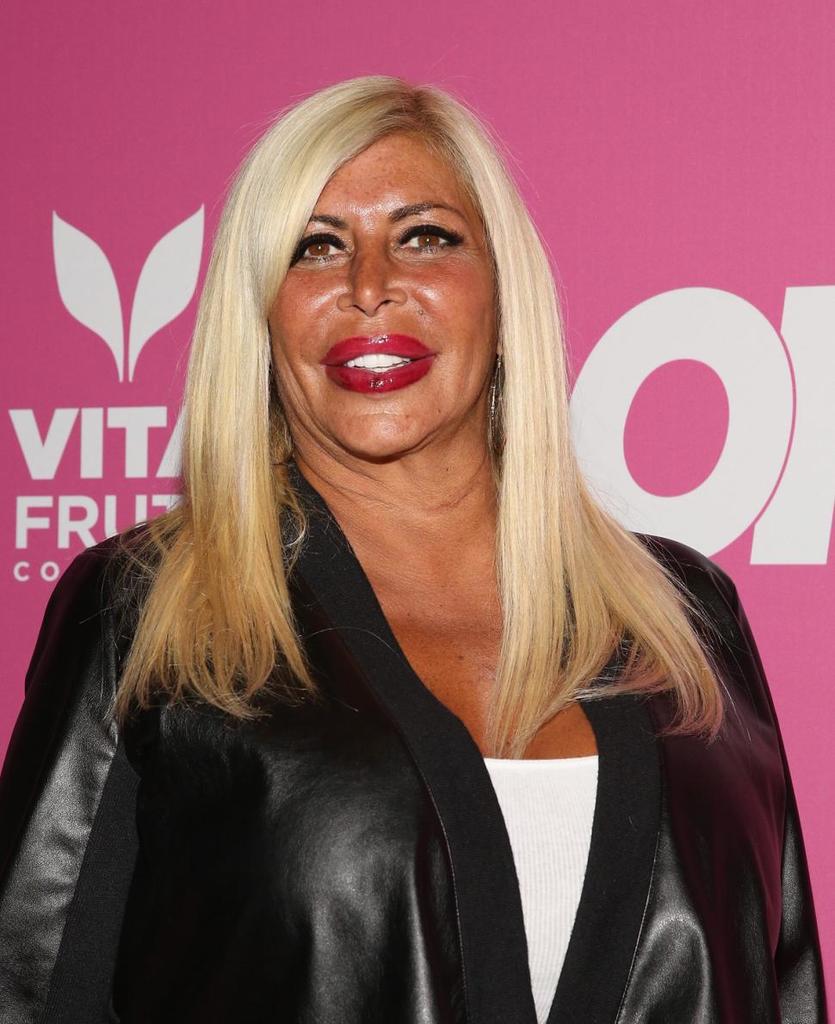 Family and friends of the 55-year-old “Mob Wives” matriarch streamed into a local hospital to be by the Brooklyn-born bar owner’s side after she stopped receiving cancer treatments. A source said she was suffering from… 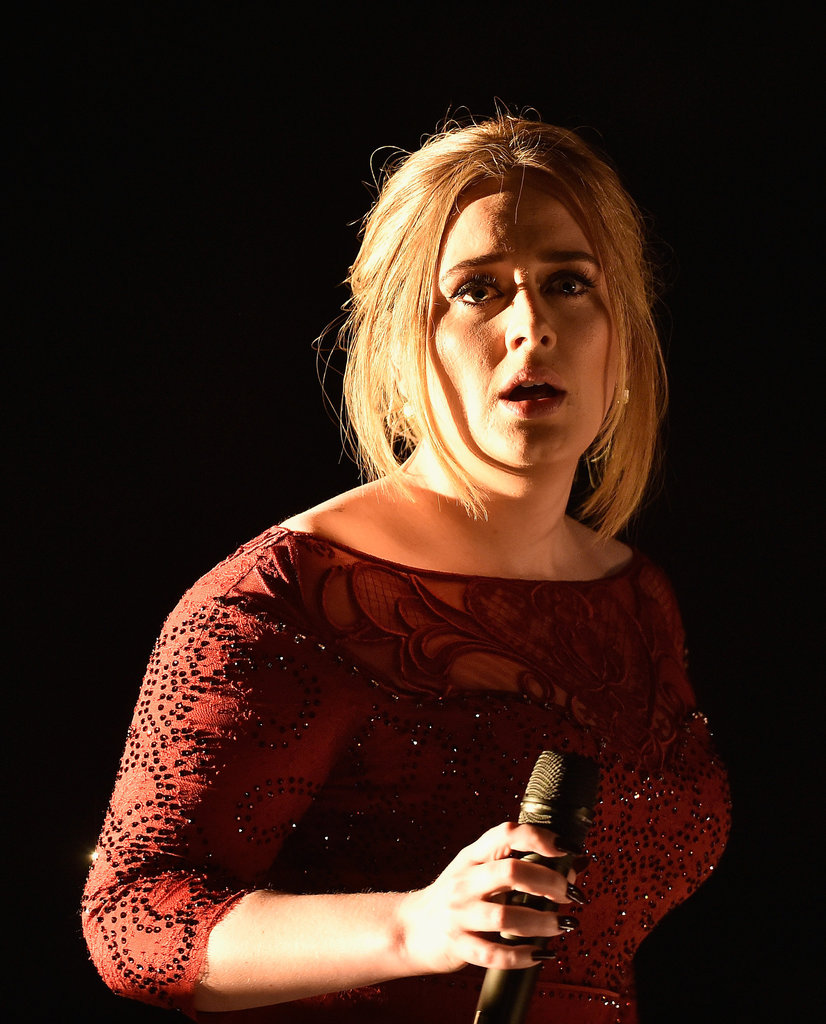 British superstar Adele was rolling in the deep — depression, that is — after her botched performance at the Grammys.

The singer said she "cried pretty much all day" after technical problems undermined her otherwise dazzling rendition of "All I Ask" on music's biggest stage and left her award-winning voice sounding out of tune.

Sage The Gemini Begs Jordin Sparks To Call Him After Breakup Sage the Gemini wants the spark back in his life.

The determined rapper, who recently split from Jordan Sparks, desperately took to Instagram on Tuesday night to beg the singer to stop ignoring him and give him a ring.

“Please call me back I just want like a hug and a kiss or something,” the rapper captioned a cuddly photo of the two.

Rihanna Reportedly Had A Hysterical Outburst Before The Grammys A brutal bout with bronchitis may not have been the reason Rihanna bailed on her Grammys performance, after all.

The "Rude Boy" singer went on a "hysterical" outburst after experiencing great displeasure with her pre-show rehearsal, sources told TMZ.

It's unclear what exactly triggered the apparent incident, but the gossip site reports Rihanna was very upset…

No Protestors Showed Up To Anti-Beyoncé Demonstration Not a single lady — or any other anti-Beyoncé demonstrator — turned out Tuesday for a promised protest against the chart-topping singer outside NFL headquarters.

A crowd backing Queen Bey instead buzzed outside the Park Ave. building, offering their support of Beyoncé for her controversial Super Bowl halftime show. 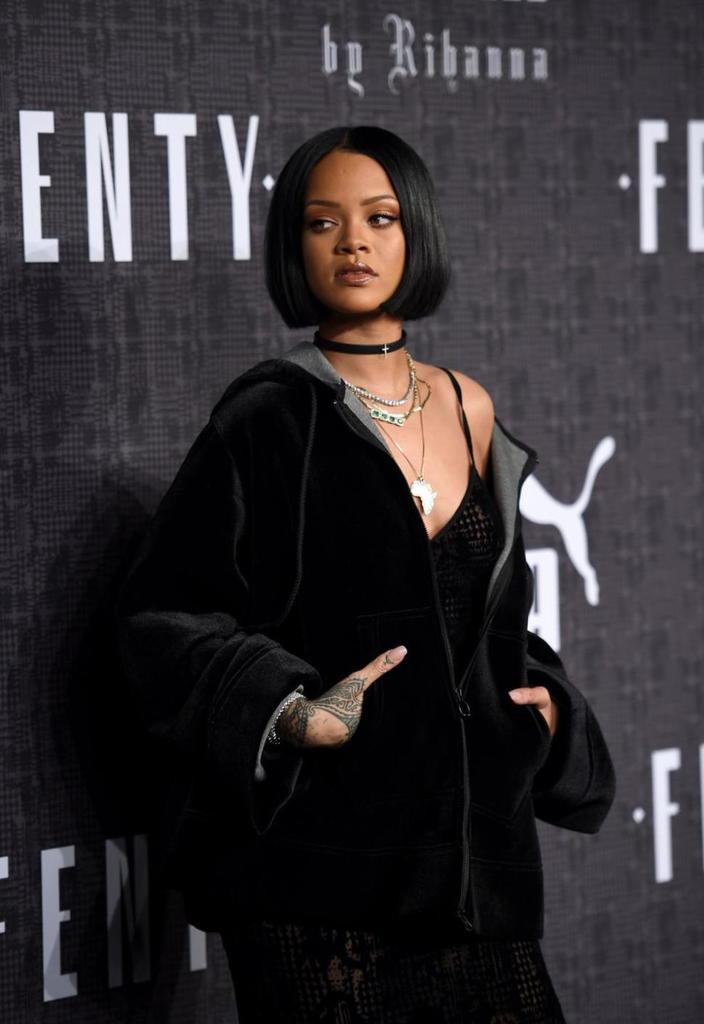 The show didn't go on for Rihanna.

The singer pulled out of her scheduled performance at Monday’s Grammy awards due to bronchitis.

"So sorry I couldn't be there...Thanks Grammys and CBS for your support tonight," the singer tweeted to her 56.1 million followers.

RiRi showed up to the Staple’s Center in Los Angeles for rehearsals, but did not walk… Vanity, a protege of Prince who briefly achieved stardom as the lead singer of the all-girl group Vanity 6, died Monday in a California hospital, the gossip site TMZ reported.

The Canadian-born pop singer and actress had been battling inflammation of her small intestines, the latest in a string of health problems.… 50 Cent is lashing out at some of the creditors in his bankruptcy case, telling the judge they are trying to set the clock more than 150 years and gunning to make him their slave.

Three of 50's biggest creditors -- Sleek Audio, SunTrust Bank and Lastonia Leviston -- have come up with a payback plan and are asking the judge's approval.

Kenyan Man Cuts Off His Own Penis 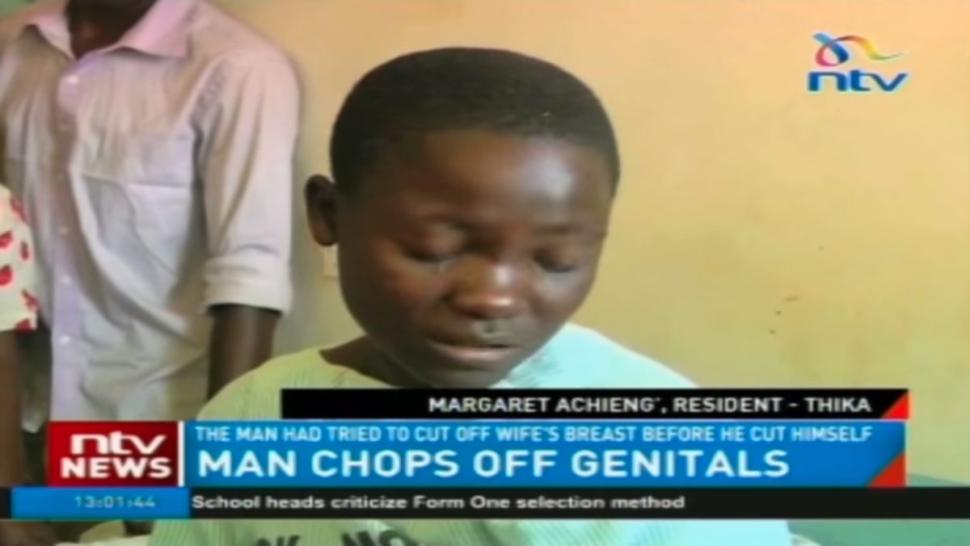 A Kenyan couple had an unhappy Valentine’s Day weekend after Duncan Moseti attacked his wife’s breasts and then cut off his own penis.

The 24-year-old Thika resident became convinced his wife was cheating and thought the best solution was to cut off his manhood.

"He said he had reliable information that I was having an affair with his brother,” wife Margaret… 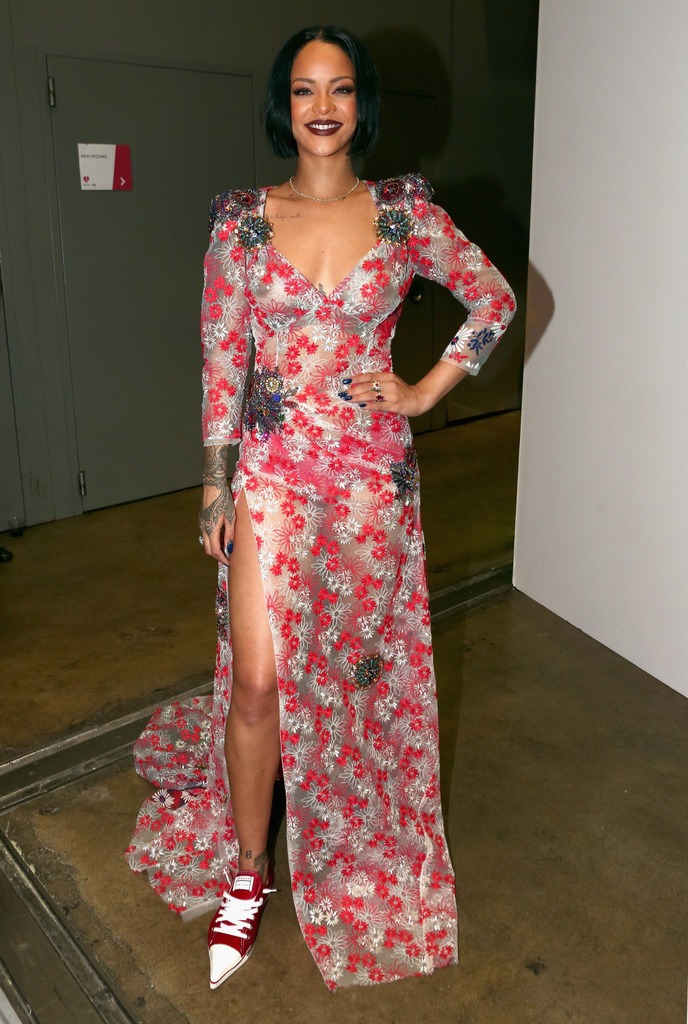 “I’m on cloud nine,” said Rihanna, the pop star turned brand ambassador and women’s creative director of Puma, after her first fashion show for the label. An hour earlier, her first full collection, a street-inspired, Japanophile departure from Puma’s usual sport-ready performance wear, had come down an L.E.D. runway to a crowd that included Naomi Campbell, Chris Rock,… 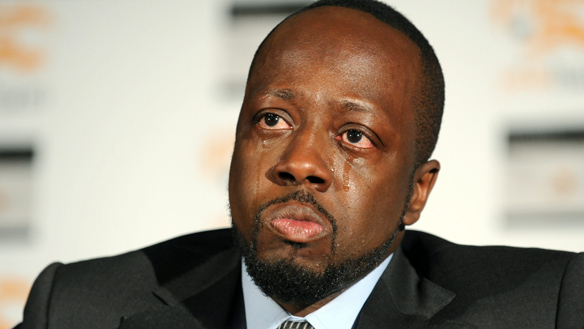 Wyclef Jean has always been proud of his Hatian roots. Sometimes a little too proud. However, all that was called into question four years back when he was accused of being fraudulent with the Yele Haiti Foundation he set up to help the people of Haiti following the 2010 earthquake. Though the heat has died down in the public eye, for the most part, it was brought… 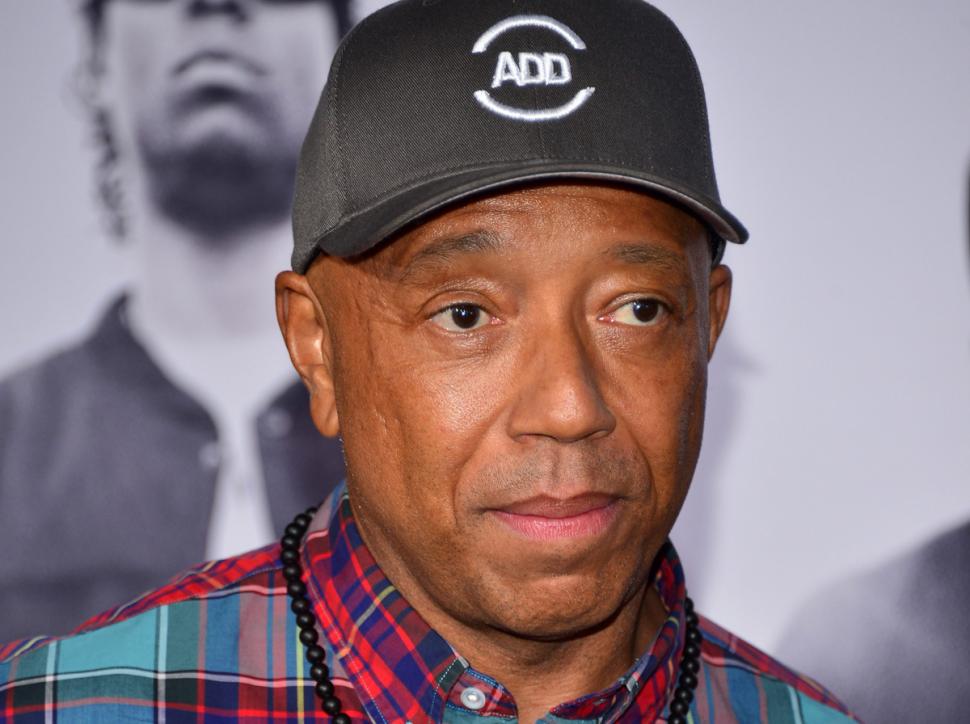 Russell Simmons is planning a new awards show that will be staged days before the Oscars.

In what is billed as the first-ever All Def Movie Awards, the mogul said Thursday in a statement that the honors "are not the Black Oscars, but they could be. This will be a fun, entertaining and hopefully thought provoking celebration of the uncelebrated.”

Kanye West Claims To Be $53 Million In Debt 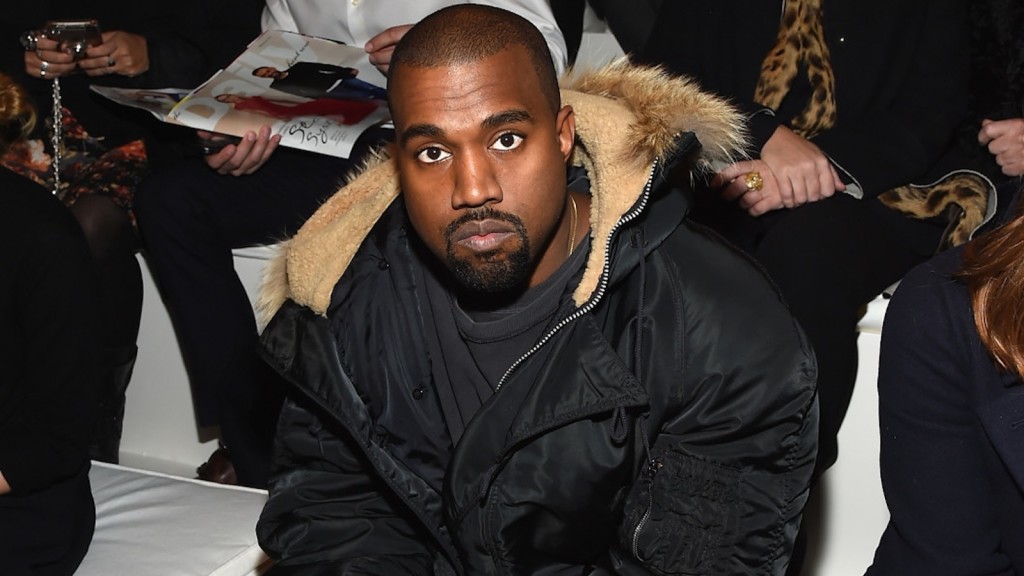 Kanye West is one of the most successful people in the world of music -- has been for a long time -- which makes it especially confounding he confessed to being $53 million in debt.

Kanye tweeted Saturday night, "I write this to you my brothers while still $53 million dollars in personal debt," adding "Please pray we overcome."

All the estimates you read about…

Nicki Minaj Announces She Will Not Be Performing At The Grammys 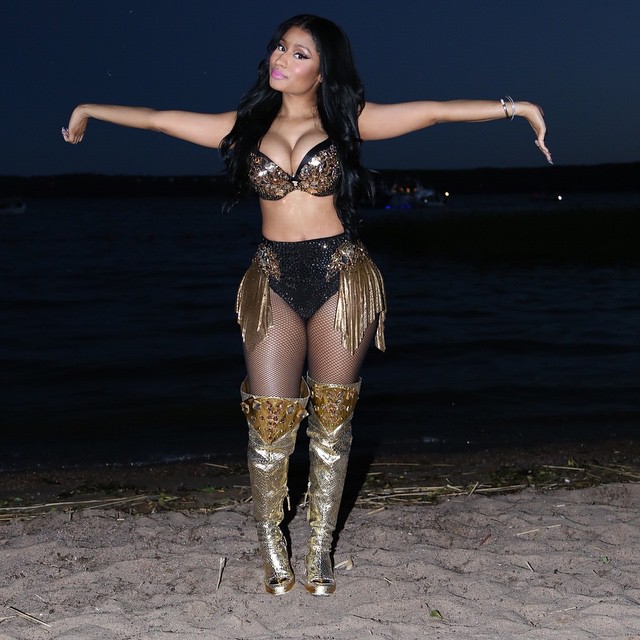 It appears the 58th Annual Grammy Awards may have had some trouble recruiting talent for this year’s performances, as yet another artist has announced they will not be performing for the show following Drake’s announcement. Nicki Minaj took to her social media today [Saturday, February 13] to announce she would not be one of the performers, despite the organization… 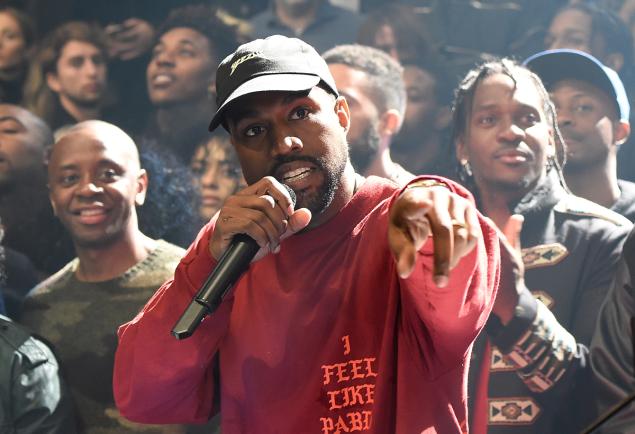 The rapper-turned-designer — now infamous for his Twitter tirades — took time from his Saturday morning to slam a negative review of his fashion show, show love for Caitlyn Jenner and Rihanna, and blame Chance the Rapper for delaying the release of his new album.

West zeroed in on a brief item from gossip site… Drake may have taken aim at Tory Lanez and the New Toronto in his new track “Summer Sixteen,” but it doesn’t appear that Lanez has any interest in igniting a feud with Drake in the near future.

Last month, Drake debuted the first official single off of his upcoming Views From The 6 album, titled “Summer Sixteen,” while simultaneously taking shots at Meek Mill,… 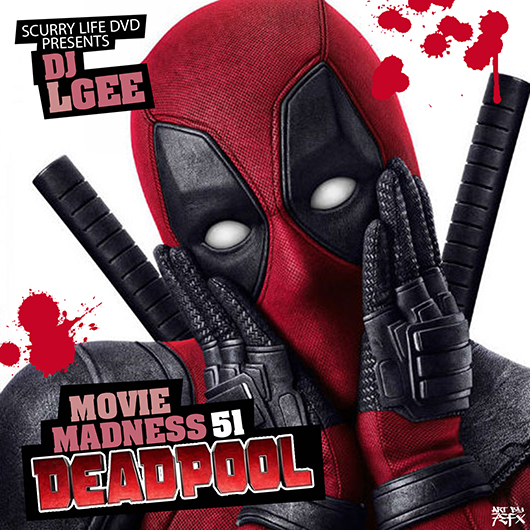 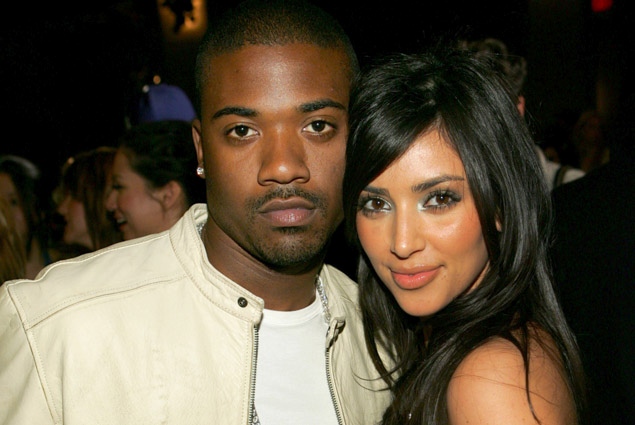 Kanye and Kim are yet to respond to the old audio going viral.

Unfortunately it’s not going to go away just like that though and fans have also uncovered a tweet from another of Kim’s former lovers – Reggie Bush – which they believes hints the same thing.

In an old Instagram post Reggie posted a meme which read: “I know you’re the one because the smell…