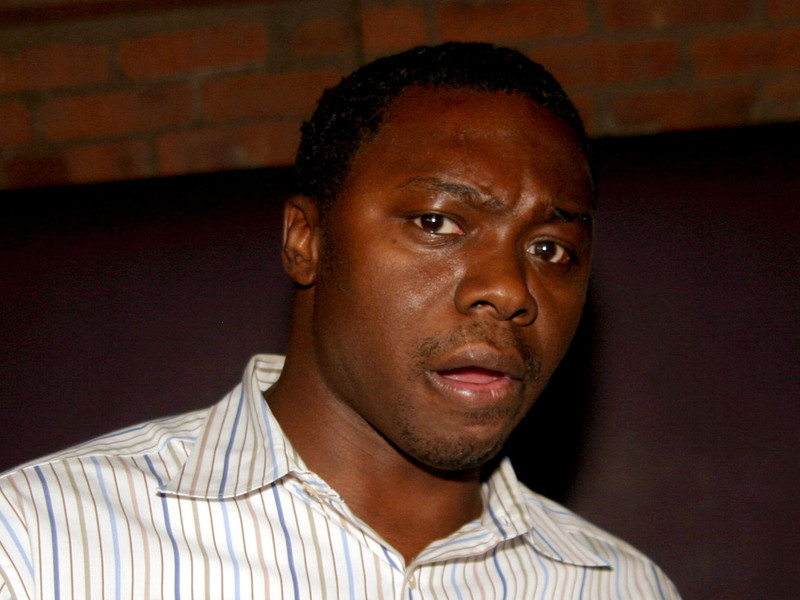 Lodi Mack's murder in September of 2009 was the culmination of a violent feud between G-Unit and Game, who was being managed by Jimmy at the time.

Violent incidents during the feud included a shooting in front of Hot 97, the offices of Violator being shot at and Jimmy's teenaged son being beaten up.

Tony Yayo's grandmom's house was also shot up and a mansion 50 Cent owned in Dix Hills was firebombed and burnt to the ground.

Game and 50 Cent put the violent side of the feud to rest in 2005, during a summit in the Schomburg Center for Research in Black Culture in Harlem.

But on the streets, things never really calmed down between Jimmy and G-Unit, and Lodi Mack was gunned down in 2009.

Here is an open letter Jimmy Henchman penned to AllHipHop.

He addresses his trial, the accusations, and his murder conviction.

"This is America! I want to apologize to my family and my support system," Jimmy Henchman told AllHipHop. "Most importantly, to my son; When I asked you to intern as a 14 yr old at my office it was because I wanted you to see your father working and have a strong role model.

I wanted you to look up to brown and black people in boardrooms rather than in the streets. I was proud of the work I was doing. I never thought when I sent you on that errand, you would be surrounded and assaulted by 50 cent and four G-Unit grown men with guns for wearing a T-shirt.

My son I want you to know today - you did nothing wrong by coming to me and letting me know what happened to you. Any child that is under age should let their parents know if they are assaulted.

Sleep with a sound conscious knowing your father is not a murderer and you are not the blame for my incarceration. This is bigger than me or you. I to am a casualty.

When a trial isn’t about fact-finding to elicit the truth and condemn the guilty then it’s not about justice. My trial was about grabbing a headline and building a prosecutors personal career.

After three trials for this murder not one of the governments embellishing witnesses said that I told them to murder Lowell Fletcher; in fact, Brian McCleod, Khalil Abdullah and Jason Williams respectively stated they never had a conversation about the murder.

But even that consistent testimony would not deter credulous prosecutors from repeatedly trying this case.

Even after being phone tapped by a mendacious witness Muhammad Stewart for 2 years there was no evidence of a plot, conspiracy or “intent” (or mens rea) to commit murder for hire as charged.

I continue to maintain my innocence.

There is a sickness in this system. My trial was covered up and drown out with unrelated shootings, hip hop gang fairy tales and non-existing “rap wars” that never existed.

For any Black man being painted into that fantasy thug culture is a lethal concoction for a conviction and the prosecutors knew this. The prevalence of this injustice has sprung up grass root organizations to tackle systematic racism in the criminal justice system. Which result in mass incarceration and wrongful convictions disproportionately affecting black and brown people.

You would think black and brown people are the only ones that commit crimes because that is all I see. But this is America.”