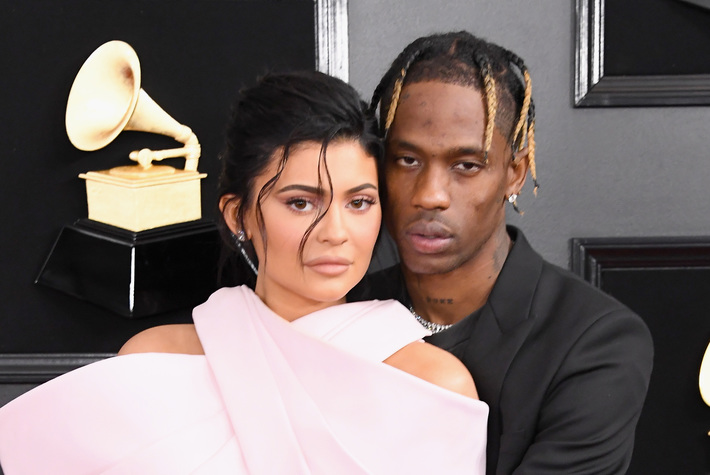 Kylie Jenner is always one step ahead.

The beauty mogul, 22, sparked internet fascination after singing the words “rise and shine” to 20-month-old daughter Stormi Webster last week, and is already cashing in on her viral moment. Jenner quickly released two sweatshirts inspired by the song on her e-commerce website, and immediately sold out of all sizes of both $65… 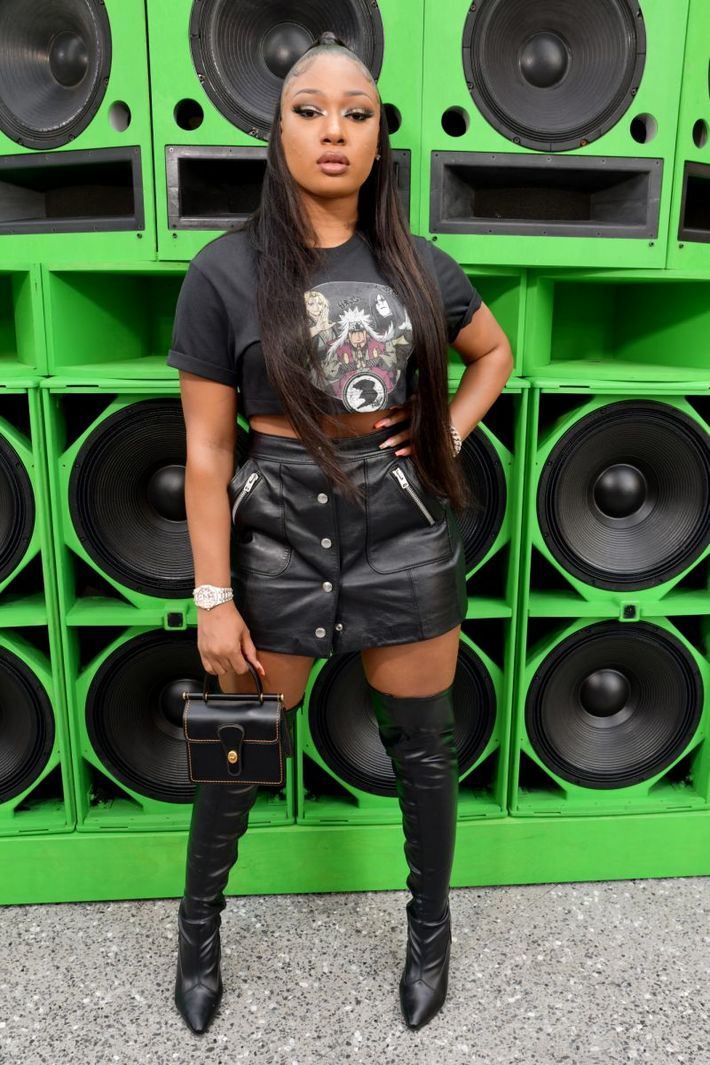 In a new “24 Hours With…” video for Vogue magazine released on Tuesday, Megan thee Stallion revealed that she may be adding filmmaker to her already lengthy resume.

While riding in a car on her way to visit the Compton Cowboys, the 24-year-old rapper is asked about the script she’s currently working on. “Oh yes, it’s for… 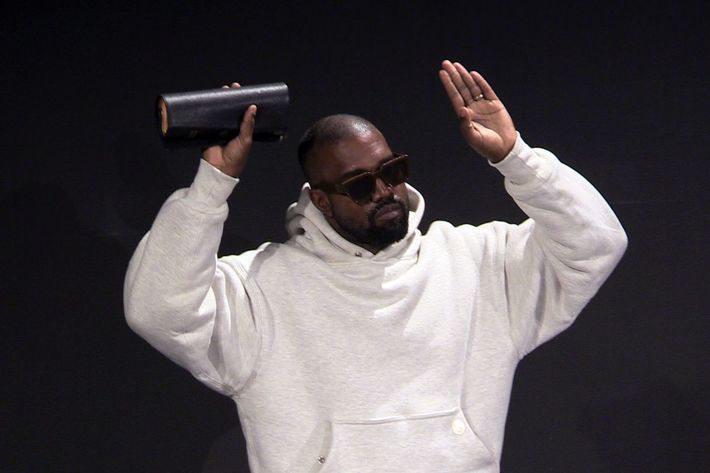 “Jesus Is King” has finally risen — arriving about 12 hours after its scheduled midnight drop.

And though it’s not the second coming of Kanye the Great from “The College Dropout,” “Graduation” and “My Beautiful Dark Twisted Fantasy,” it works better as a gospel album than those who had little faith might have expected. R. Kelly will soon have to face his alleged sexual assault victim, as a judge is moving the woman’s lawsuit forward.

A New York judge has scheduled a hearing for November 21.

The case was brought by a woman named Faith Rodgers, who accuses Kelly of putting her through a year of abuse. She also claims he infected her with Herpes.

The case has been… 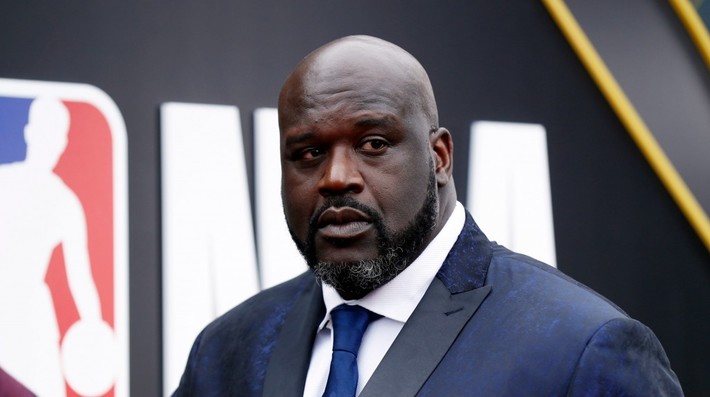 Shaquille O'Neal has been faced with tragedy after his sister, Ayesha Harrison-Jex died only three years after being diagnosed with cancer.

Ayesha passed away Thursday in Orlando at the age of 40 years old.

She is one of three siblings for the NBA legend, as he has one other sister and a brother.

Shaq is a family man, and after learning of about… 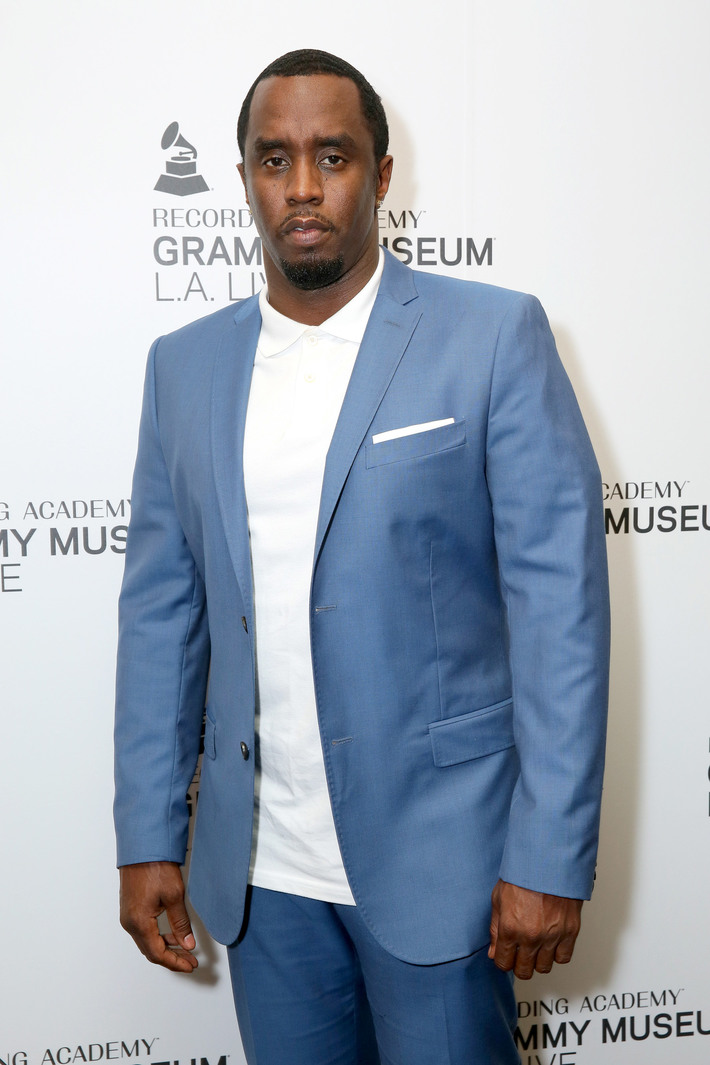 Sean Combs has gone by many names over the years — Diddy, Puff Daddy, Puffy, P. Diddy — and now he’s settled on yet another one, Love.

The Bad Boy founder, 49, submitted a petition in Los Angeles County court Wednesday to officially change his legal name from Sean John Combs to Sean Love Combs, according to documents obtained by The Blast.

Eminem Questioned By The Secret Service Over Anti-Trump Lyrics 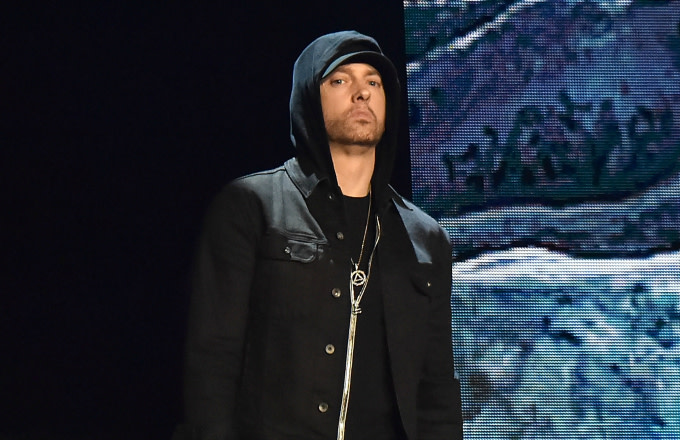 The Secret Service grilled rapper Eminem over lyrics potentially threatening President Donald Trump and first daughter Ivanka Trump — but declined to refer him for prosecution after the interview.

The Detroit rapper, whose birth name is Marshall Mathers, released the album “Kamikaze” in August 2018 that included the track “The Ringer,” which raised eyebrows because… Everything Rihanna touches turns to gold.

The singer, 31, launched her high-fashion brand Fenty less than a year ago — and it’s already up for an award.

The LVMH-backed line, which has already been wildly successful with direct-to-consumer launches and famous fans like Bella Hadid, is nominated for a 2019 British Fashion Award in the Urban Luxe category by the…

Kevin Hart Headed Back To Court Over $1 Million Lawsuit 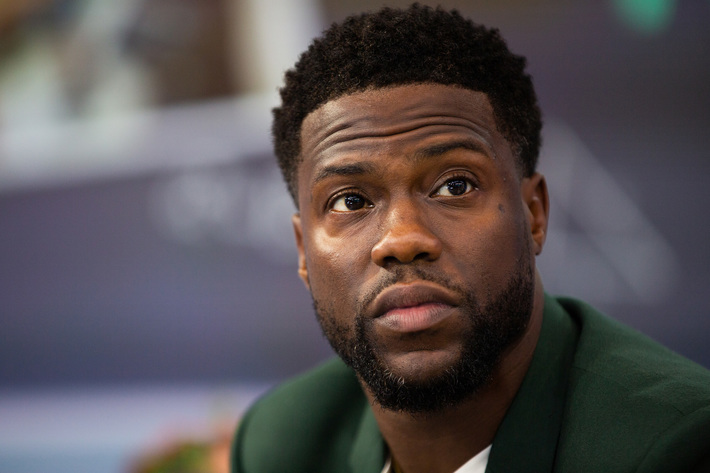 Kevin Hart’s ex-business partners are dragging the comedian back to court in their $1 million battle.

According to court documents obtained by The Blast, Hart’s former partners, iGo Marketing & Entertainment, have filed an appeal in their ongoing legal dispute.

iGo Marketing & Entertainment sued Hart accusing him of owing them commissions. A judge… 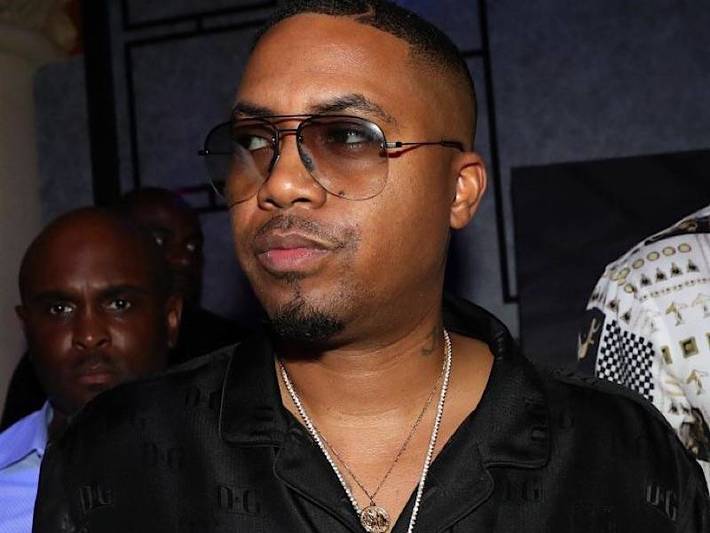 After marking the 25th anniversary of his classic debut album, “Illmatic,” by teaming with the National Symphony Orchestra for a live show, Nas says he’s done celebrating. Lizzo’s team has now filed a lawsuit against Justin and Jeremiah Raisen, two producers who claim to have first included the “DNA test” line of “Truth Hurts” in a separate song they wrote with the singer, called “Healthy.”

“Today we filed a lawsuit on Lizzo’s behalf to establish, in a court of law, that the Raisens are not writers of ‘Truth Hurts’ and have no right to… 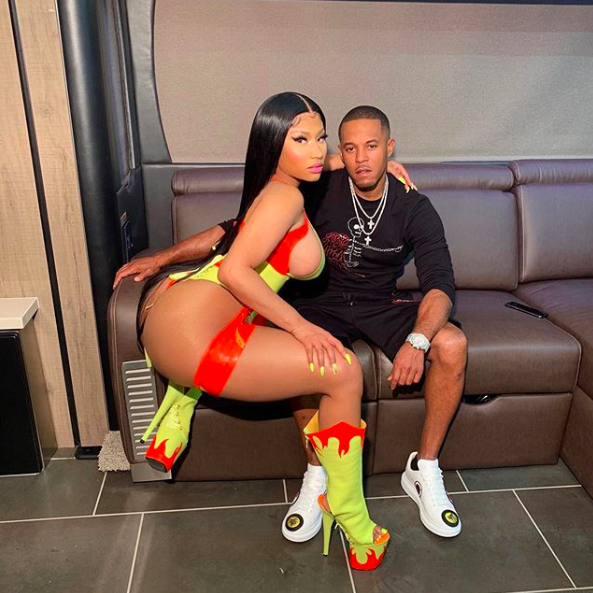 From now on, you can refer to Nicki Minaj as Nicki Minaj Onika Tanya Maraj-Petty. The rapper announced on Instagram on Monday night (Oct. 21) that she made it official with her boyfriend of one year, Kenneth "Zoo" Petty, 41. The 36-year-old MC broke the news via a short video that featured a "Mrs." mug, a white "Bride" baseball hat, a "Mr." mug and a black "Groom"… 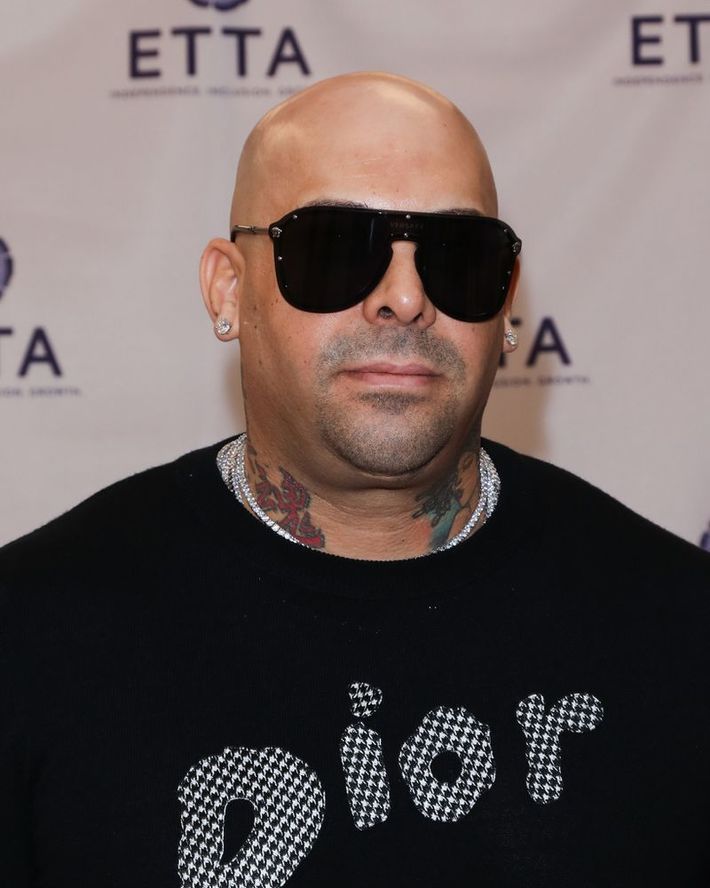 Rapper/producer “Mally Mall” Rashid pleaded guilty Monday (Oct. 21) to operating a prostitution enterprise disguised as escort businesses, federal prosecutors and his defense attorneys said. Rashid, 44, faces prison time of at least one month, and up to 33 months when he is sentenced Jan. 21. His plea resolved a criminal case that became public following an FBI raid at his… 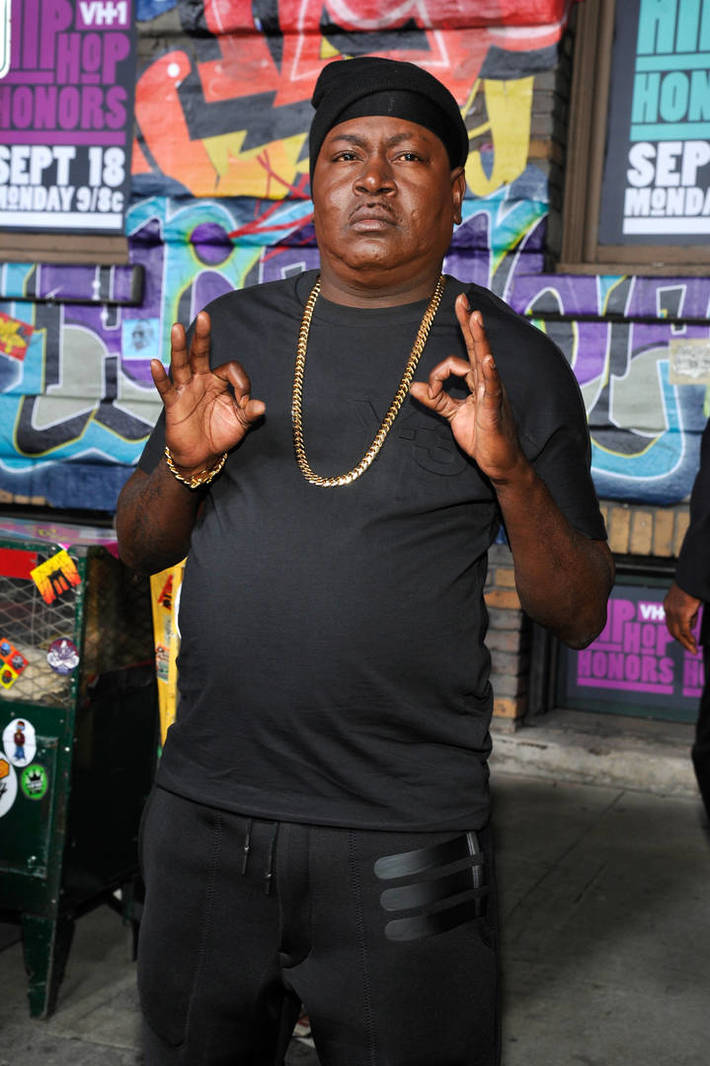 According to court documents obtained by The Blast, the rapper filed for Chapter 13 bankruptcy on August 6. He has previously filed for bankruptcy three times in the past, all cases were dismissed before his debt was discharged.

He lists his assets as… 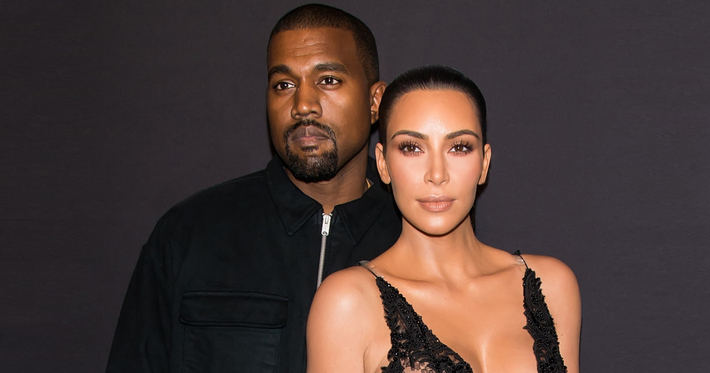 Kanye West outdid himself for his wife’s birthday.

The “Jesus Is King” rapper celebrated Kim Kardashian‘s birthday in Palm Springs over the weekend with her family and surprised her with “the most amazing bags,” but those weren’t her favorite birthday gifts. West also donated $1 million to charities that focus on prison reform.

“I got amazing gifts from my… Juice WRLD has been sued by the pop punk band Yellowcard, The Blast and Billboard report. The band, which broke up in 2017, claims that his “Lucid Dreams” copied melodic elements of their song “Holly Wood Died” without permission. Yellowcard’s members are seeking $15 million, royalties, and co-ownership of the song.

In addition to Juice WRLD, Yellowcard have also… 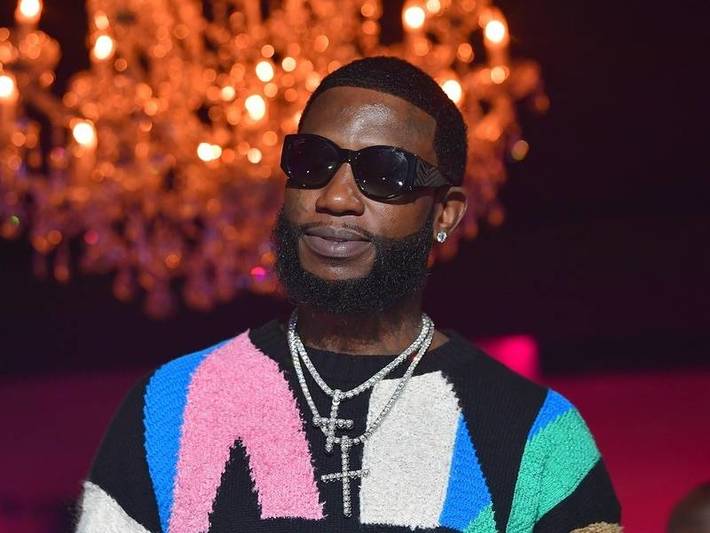 Gucci Mane goes off on DJ Envy & Angela Yee from Power 105 The Breakfastclub. Calls Them P*ssies on a interview with CThaGod podcast Growth Of Gucci. On the new interview Gucci Mane said he will slap DJ Envy and Angela Yee wants to suck his d*ck. Also talks about Migos, problems with Takeoff and new album Woptober 2.… Nicki Minaj sent her fans into a frenzy with a September tweet announcing her retirement from music. But thanks to a new interview with The Shade Room posted to Instagram on Sunday (Oct. 20), Barbies can rest assured knowing Minaj isn't done quite yet.

"When I posted that retirement tweet, I knew that I still had music that I already had recorded that was still going… Cardi B doesn't understand why people are comparing her to Bill Cosby. Both clips of the proper version and the hood version of her saying she drugged and robbed men after the club.…