T.I.’s Stepdaughter Zonnique Pullins Explains Why She Feels Safer With A Gun Rapper T.I.'s stepdaughter owned up to the “honest mistake” of forgetting she had a pistol in her purse at an airport security checkpoint — and cited the recent shooting death of singer Christina Grimmie while explaining why carrying a gun made her feel safer.

In her first comments since her arrest, the 20-year-old former girl group singer admitted to People she’d…

The attention-seeking Kanye West has taken his enemies to bed.

In perhaps his most bizarre artistic endeavor, the egotistical rapper live-streamed the debut of his music video for "Famous" on Friday night — a natural follow-up to his never ending saga with pop star Taylor Swift.

Alluding to the racy lyrics of how he "and Taylor might still have sex," West… A reality show centered around the famous gentlemen’s club King of Diamonds is coming to the Internet, according to a press release issued to the media this morning (June 24).

On July 4th, the famous King of Diamonds will partner with T.I. and his new V Live!, to open a massive gentlemen’s club in Miami – right on Ocean Drive.… Whitney Houston's Emmy is off the auction block.

A federal judge halted the sale late Thursday after the Academy of Television Arts & Sciences sued Heritage Auctions in Los Angeles and asked for a temporary restraining order. 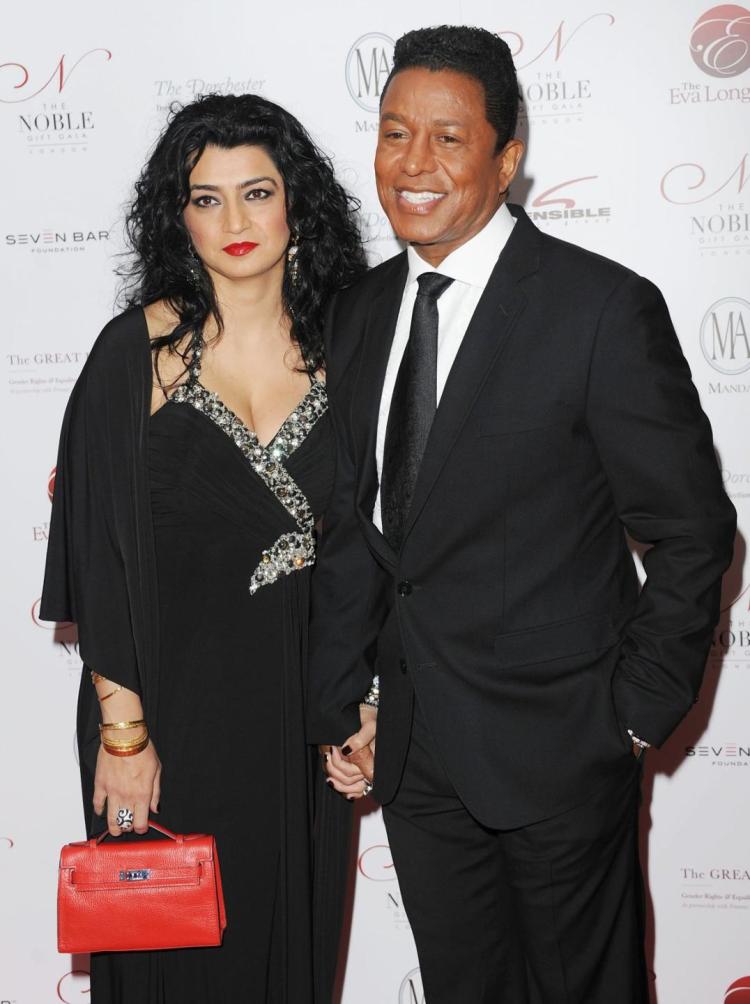 Jermaine Jackson may have to sing "I want you back" soon.

Rashid listed the pair's separation date as Nov. 28, 2015 — the same day she made headlines after… 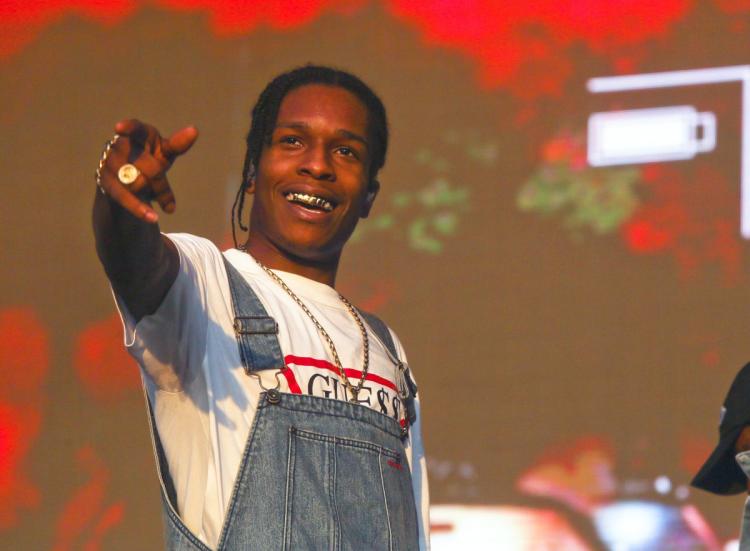 In an attempt to break up a fight between stylist Ian Connor and Theophilus London, A$AP Rocky and A$AP Bari found themselves in the middle of the brawl on Thursday. 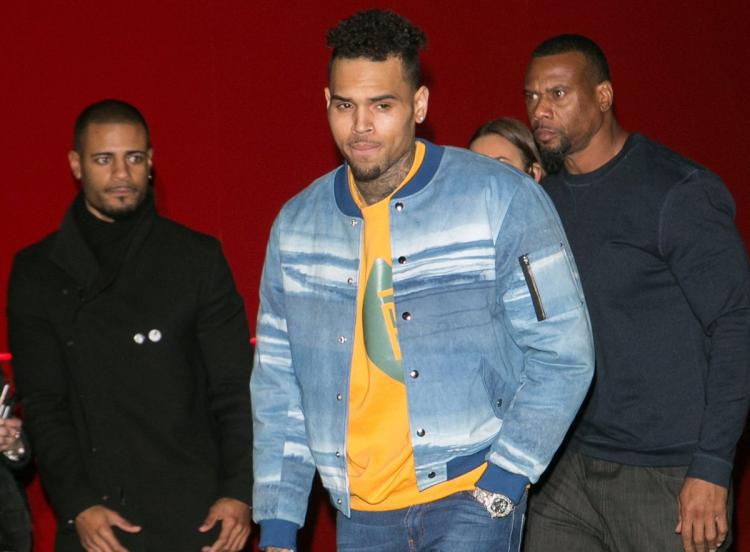 The manager who claims Chris Brown sucker punched him last month in a vicious beatdown now says the singer is lying to cover his tracks.

Rihanna Breaks Down On Stage While Performing In Dublin 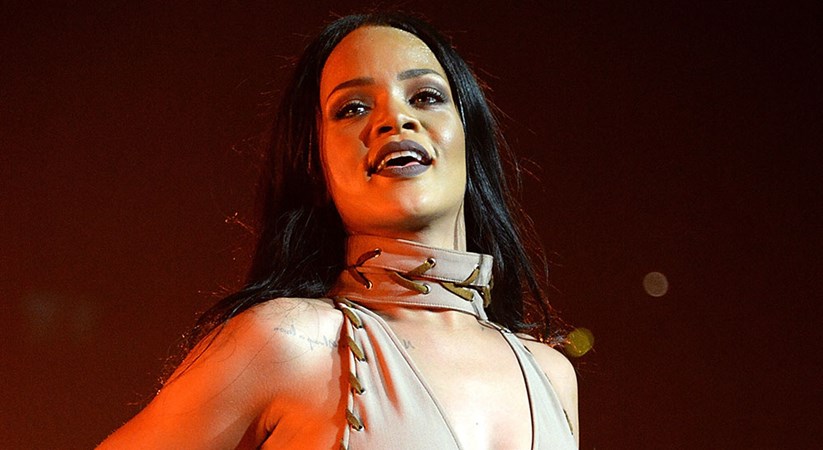 The singer had a mini-tear fest Tuesday night while performing onstage in Dublin, Ireland.

The "Work" crooner's started to sob right before her performance of "Love the Way You Lie," her hit song with Eminem.

But the watershed was most likely brought on by her fans, dubbed the "Navy."

"I only have ever in my… 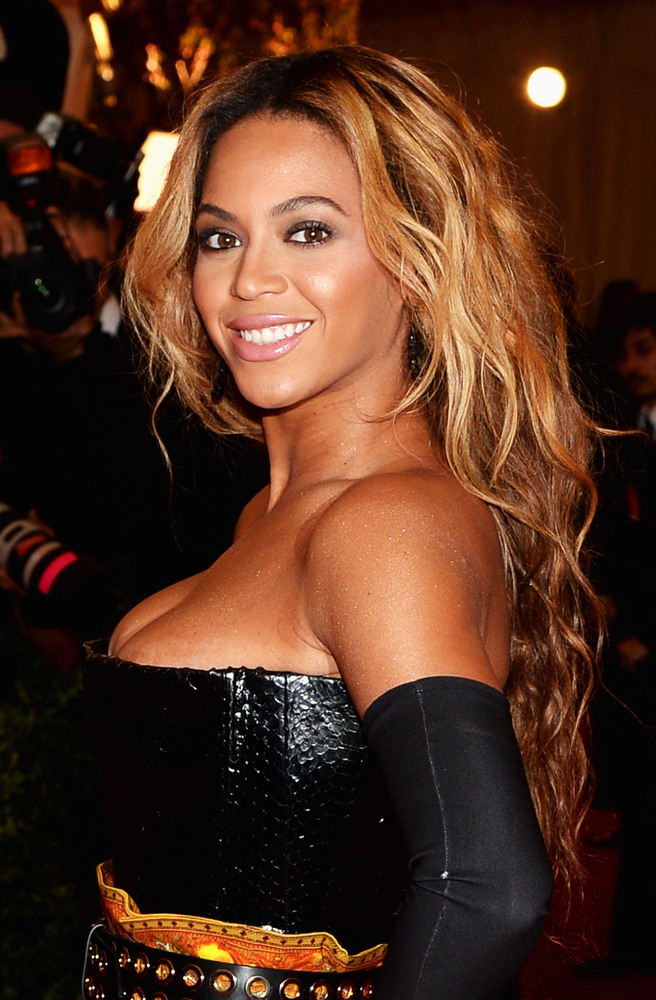 Beyoncé released a stand-alone video for “Sorry,” the fourth track from her visual album “Lemonade.”

Since the release of the provocative album on April 23, this is the second video after the world caught a glimpse of “Formation” which premiered the day before Beyonce’s halftime show at Super Bowl 50 on Feb. 7.

Scenes from the black and white short,… Drake may be having views from court soon.

The "Hotline Bling" hitmaker has been sued by rapper and producer Detail for allegedly setting him up for a beating, TMZ reported Wednesday.

The producer, born Noel Fisher, said the 29-year-old retaliated against him by ordering his bodyguard to assault him after he declined to only produce music for the… 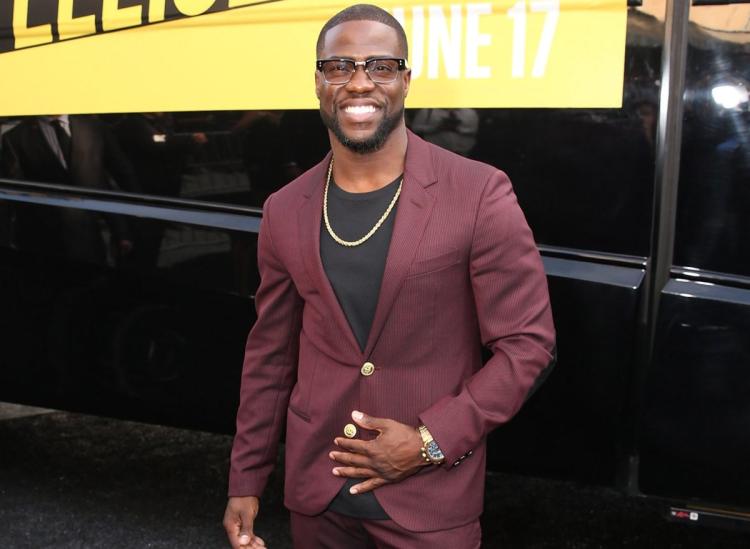 Kevin Hart is taking a page from one his cop movie scripts and going after the masked man who burglarized his house two weeks ago.

The "Central Intelligence" star posted a surveillance shot of the alleged thief on Instagram Wednesday — and encouraged his 37 million followers to help him catch the crook.

"Here is a picture from the security cameras of the… Continue 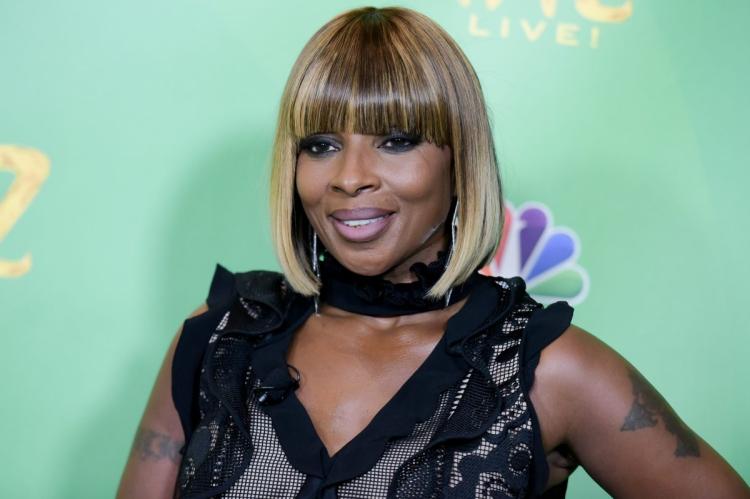 The native New Yorker declined to dish on the name of the track, but she ensured fans it would be worth the wait.

“I don't want to give up the name of the song yet, but the album is mostly complete," the American… 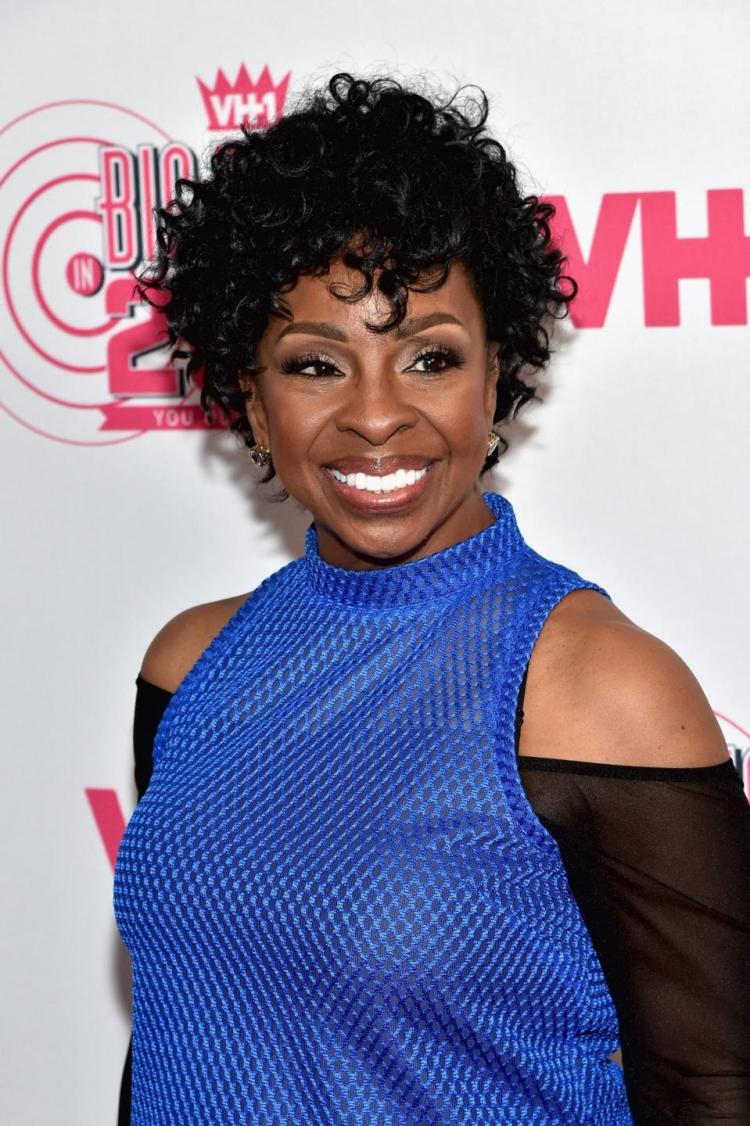 The son of Grammy winner Gladys Knight and his chicken and waffles chain are the target of a Georgia Department of Revenue investigation to the tune of $1 million.

Revenue department agents on Tuesday raided the three Gladys Knight’s Chicken & Waffles restaurants and their corporate headquarters, owned by Knight’s son Shanga Hankerson. The singer is not being…

T.I. And Tiny Knew Their Daughter Zonnique Pullins Had A Handgun 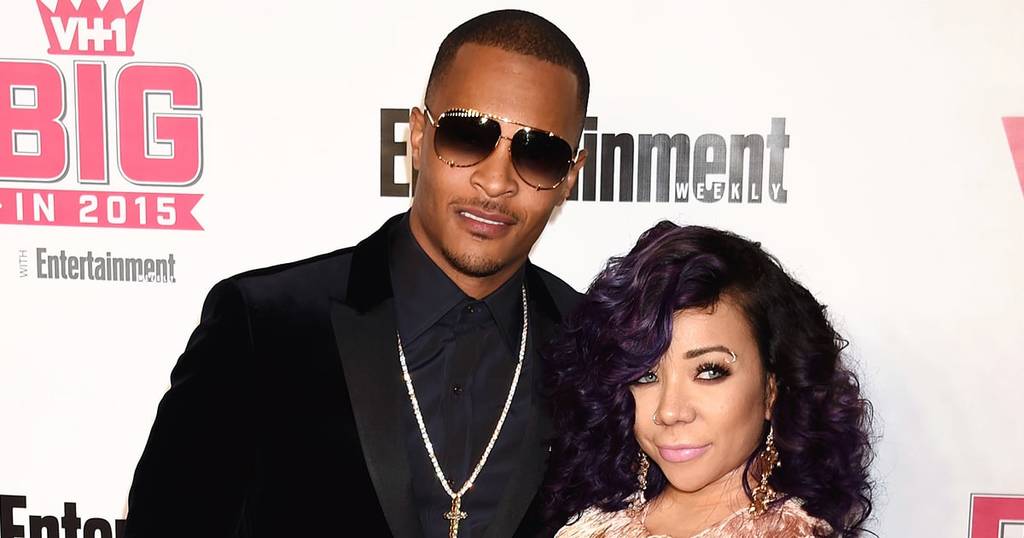 Rapper T.I.’s stepdaughter likely won’t be grounded for trying to sail through airport security with a pistol.

Zonnique Pullins, the 20-year-old daughter of Tameka (Tiny) Harris, was arrested Thursday after officials at Hartsfield-Jackson Atlanta International Airport flagged a .380 Ruger semi-automatic handgun in her purse — but her VH1 reality-star parents had…

Rihanna And Coldplay To Headline Budweiser's 2016 Made In America Festival Budweiser Made in America Festival will return to Philadelphia for its fifth season this Labor Day weekend with a star-studded lineup and a slew of festivities mixing food, technology and design.

Curated by Jay Z, the musical lineup includes a Who's Who of acts which include: headliners Rihanna and Coldplay joined by ColleGrove (2 Chainz and Lil Wayne), Jamie xx,… 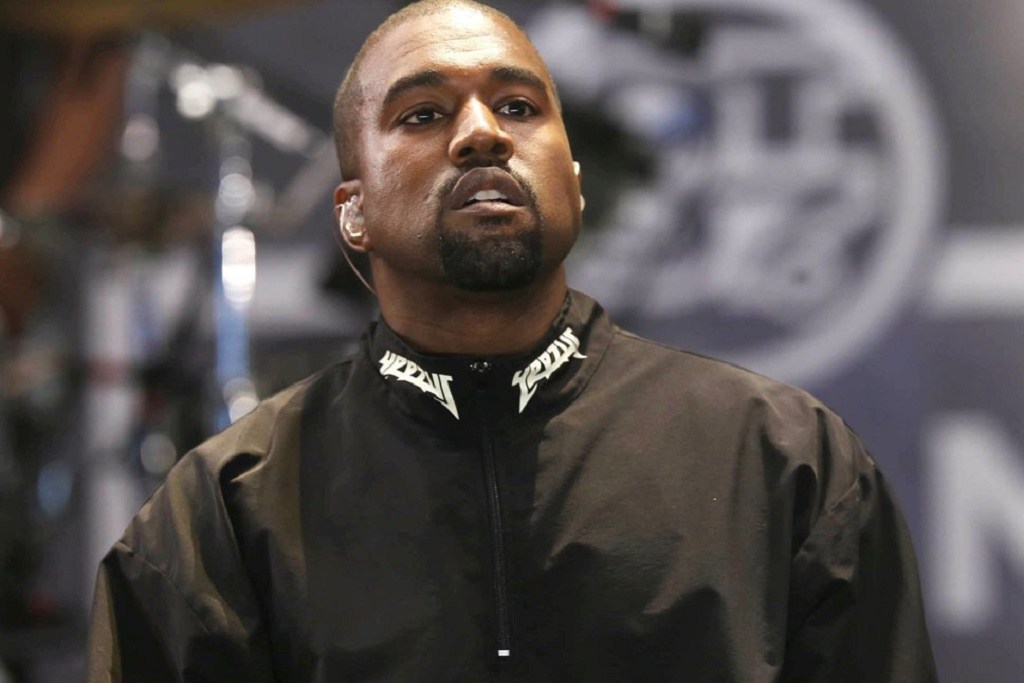 Kanye is coming to Queens.

The Meadows Music and Arts Festival will feature The Weeknd, Chance The Rapper, Kygo, Grimes, Pusha T, The 1975, Bryson Tiller, Savages, and more.

The organizers of the festival, Founders…

Video: Man Talks About Robbing Bounty Killer Of $500k And His Chain 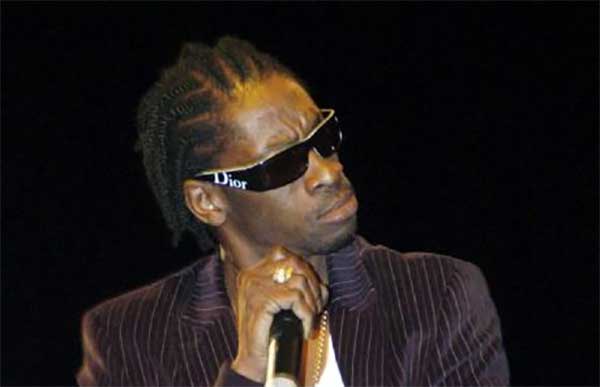 Here is the original report:

Robbery of Rodney Pryce o/c Bounty killer, DJ recording artist which occurred about 9:00pm at an apartment complex along East Road ( off… He beat a murder rap — but a grand jury hit performer Troy Ave with five felony charges related to the May shooting at a T.I. concert that left one dead.

The 33-year-old Brooklyn-bred performer — whose legal name is Roland Collins — was indicted on one count of attempted second degree murder and four counts of criminal possession of a weapon, TMZ reported Monday,… Coming to the aid of man's best friend!