Over the weekend, the comedian and actress took to Instagram to show off a fur vest gifted by a fan and shared the details of her intentions.

“I’mma wear it as much as possible. I don’t know if you guys know this about me, but I’m about to start protesting,” Haddish… Kevin Hart capped off his Irresponsible tour by buying classic cars for his comedy squad, the Plastic Cup Boyz, including Na’im Lynn, Will “Spank” Horton and Joey Wells.

After playing Atlantic City, Hart posted a video saying: “So the tour’s over and . . . I just surprised my whole team with old schools.” 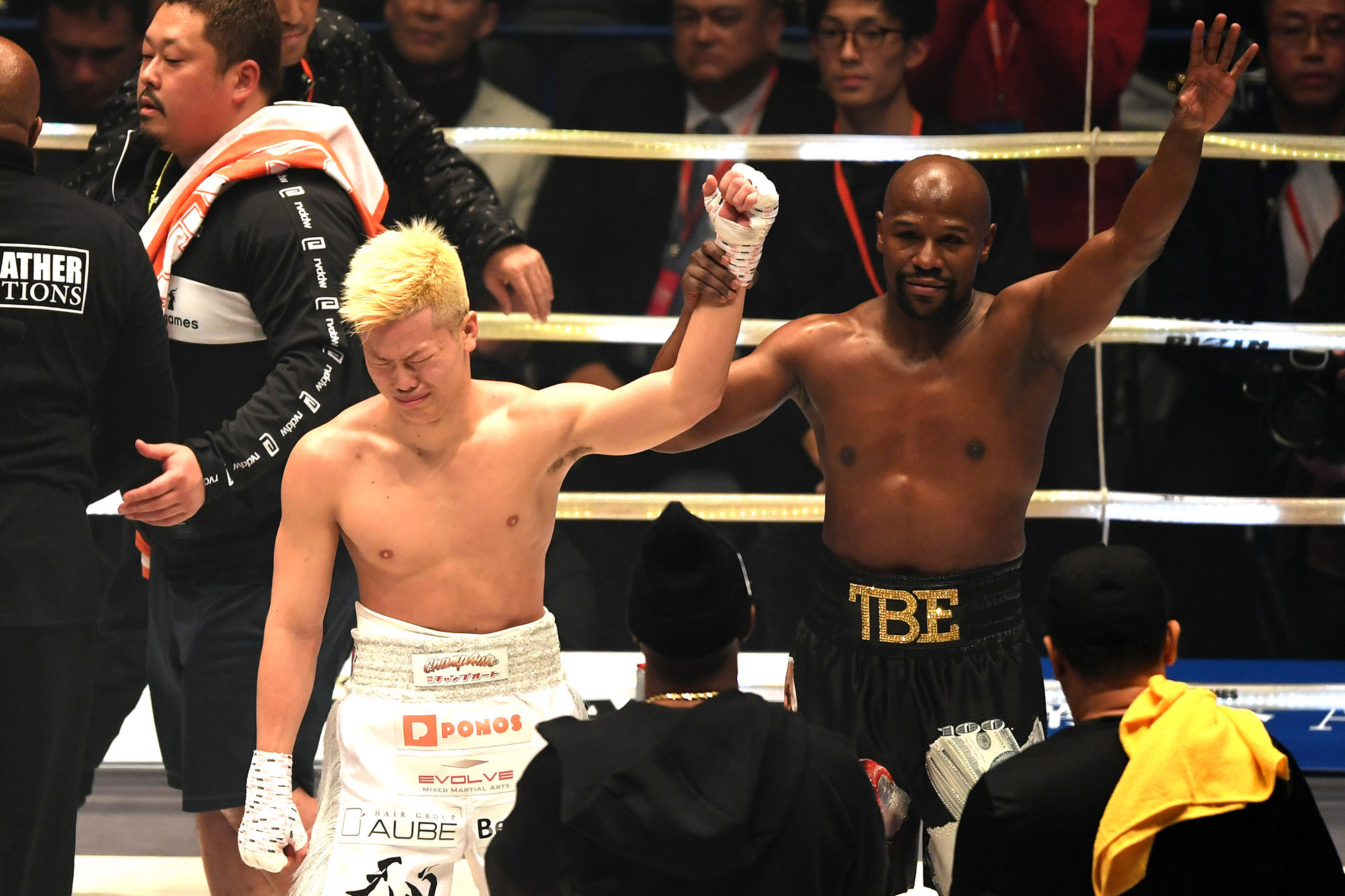 Floyd Mayweather knocked Tenshin Nasukawa out in the opening round as their big-money fight turned into a farce.

Kickboxing star Nasukawa was left crying in his own corner after being sent tumbling to the canvas three times in the first two minutes of the fight on New Year’s Eve in Saitama, Japan. 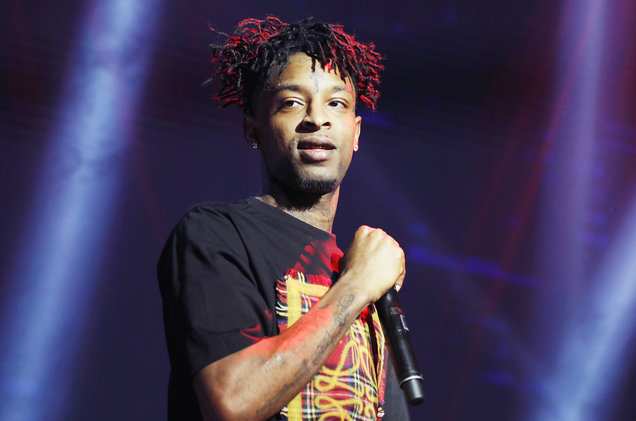 21 Savage scores his first No. 1 on the Billboard 200 albums chart with the chart-topping bow of I Am > I Was. The set was released on Dec. 21 via Slaughter Gang/Epic Records and launches with 131,000 equivalent album units earned in the week ending Dec. 27, according to Nielsen Music. Of that sum, 18,000 were in traditional album sales, as the bulk of the album was… Lil Wayne has been wearing Uggs since their first surge of popularity in the early aughts.

Though the rapper, 36, has never given up his favorite cozy boots, he’s taking his obsession to the next level with a new pair of over-the-top Uggs. On Thursday night, Lil Wayne wore an $800 pair of boots by Y/Project on stage at the Little Caesars Arena in Detroit,… 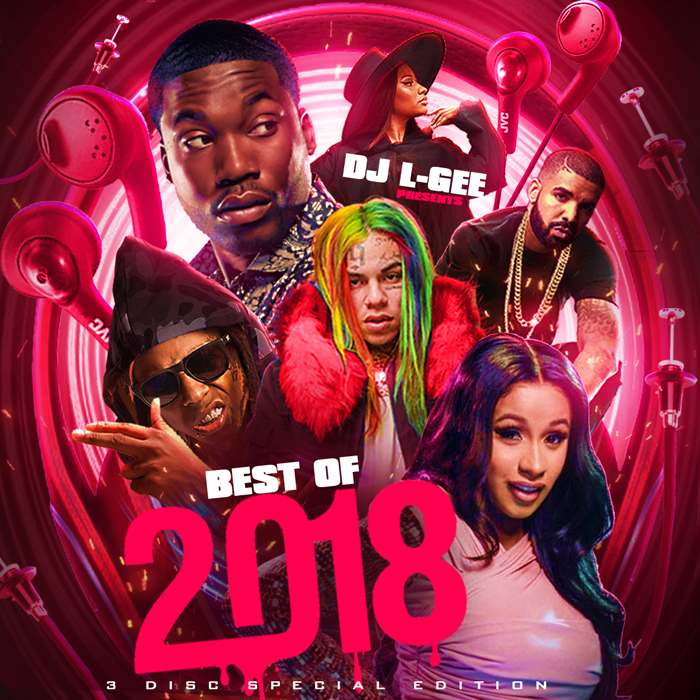 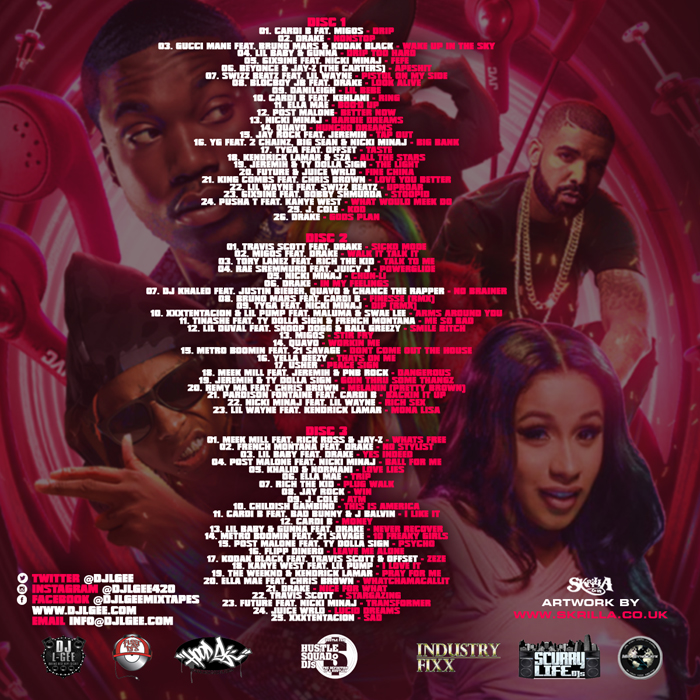 Usher Files For Divorce After Three Years Of Marriage 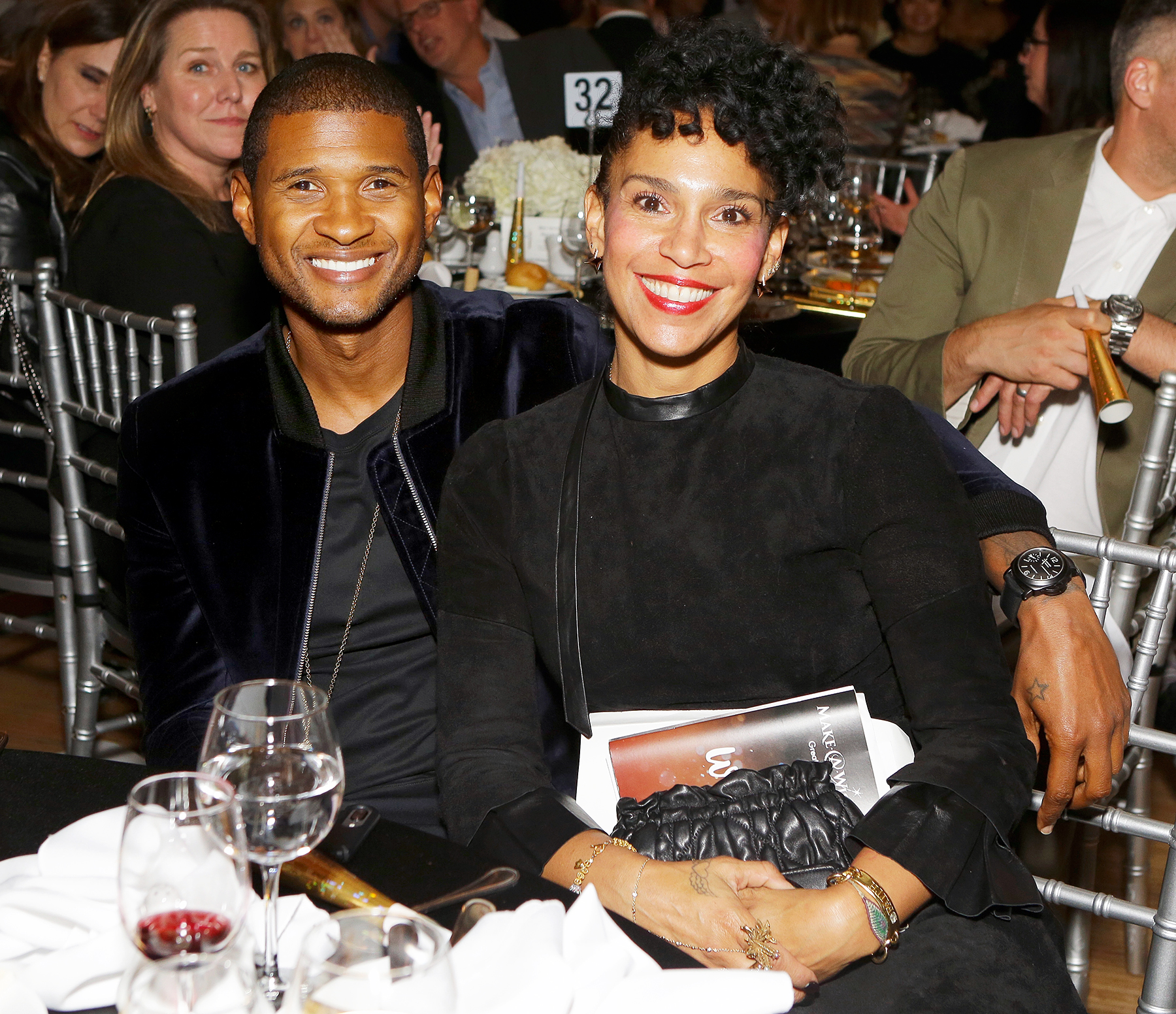 Singer Usher filed for divorce from his wife of three years, Grace Miguel, according to news reports

According to court documents, the singer filed for divorce on Friday in Georgia, People reports.

This move comes nine months after they announced their separation in March.

“After much thought and consideration, we have mutually decided to separate as a… It was a speech from JAY-Z’s grandmother, Hattie White, that helped inspire the title of Beyoncé’s landmark 2016 album Lemonade. This Christmas, the Carter family left a similarly lasting memorial to the 93-year-old Brooklynite.

Over the holidays, the Carter family -- JAY-Z, Beyoncé, their three kids and Grandma Hattie -- visited a bench in Brooklyn’s Prospect Park…

Eddie Murphy Poses With All 10 Children In Christmas Portrait 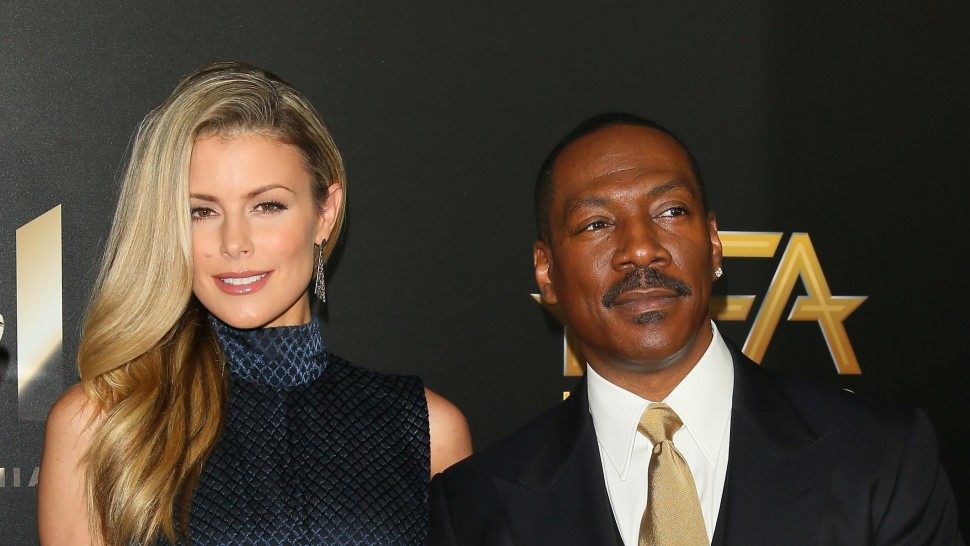 Eddie Murphy nearly has enough kids for a basketball team.

On Wednesday, his daughter Bria Murphy shared a Christmas snapshot of the entire family – all 10 kids included – with her famous father, 57, as the crown jewel in the center.… 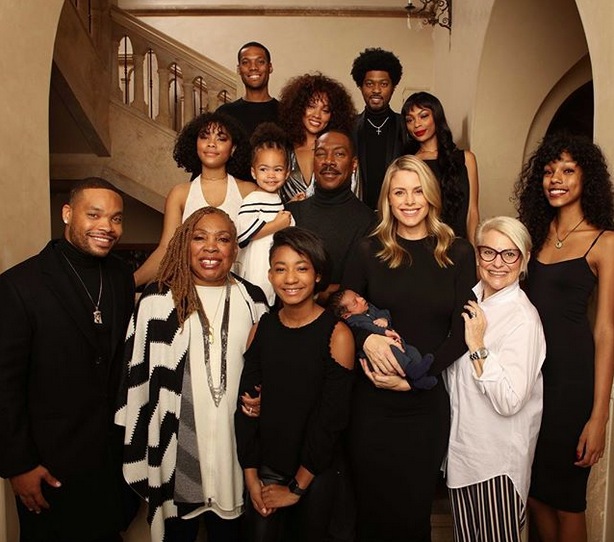 Aretha Franklin’s Estate Paid $3M In Back Taxes To IRS 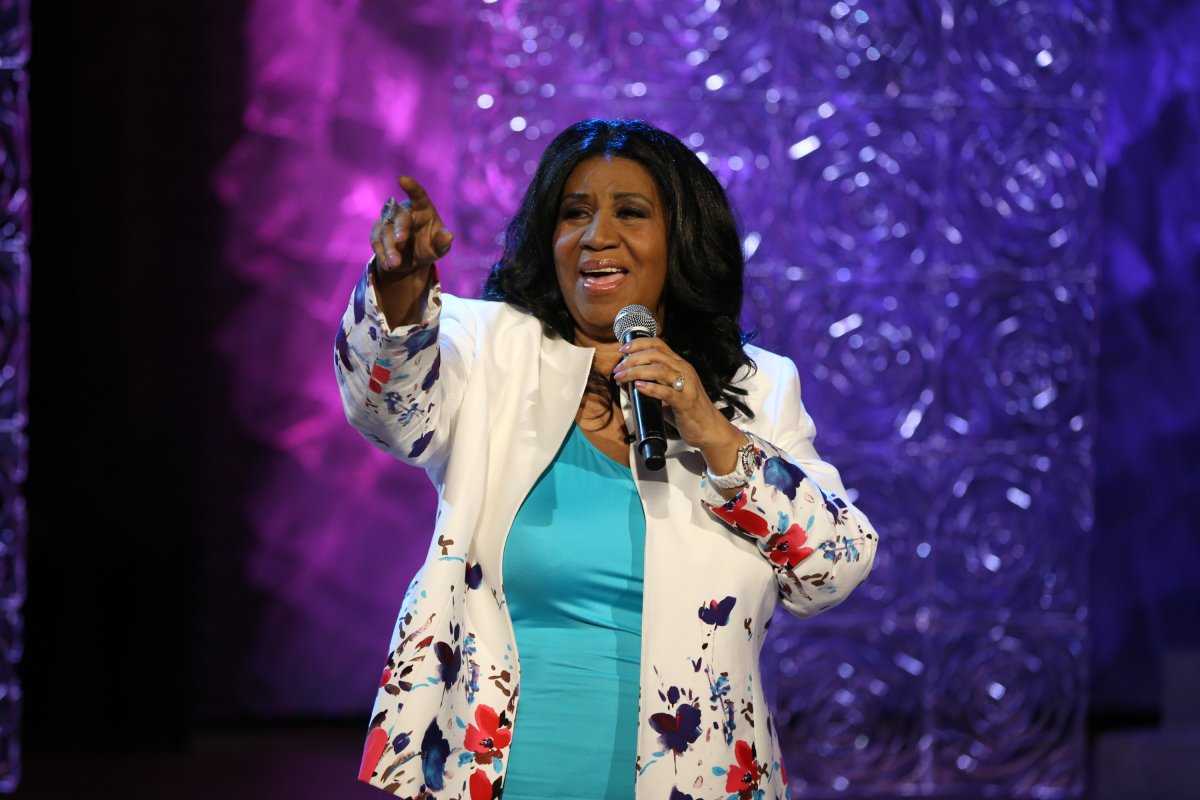 Aretha Franklin’s estate has paid at least $3 million in back taxes to the IRS since her death in August, an attorney for the late Queen of Soul’s estate said Thursday.

The estate is being audited by the IRS, which filed a claim this month in a county probate court north of Detroit, David Bennett told the Associated Press. 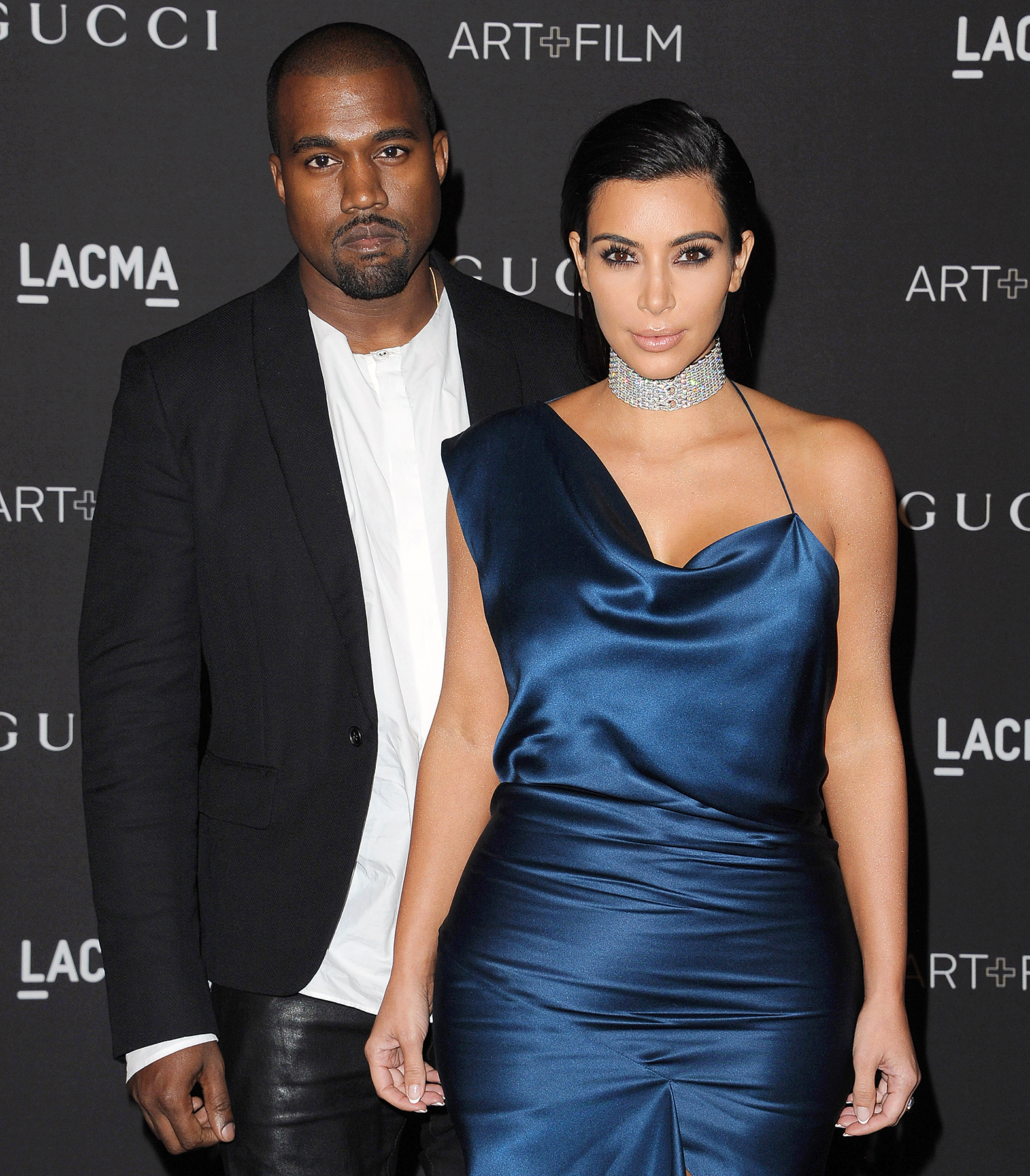 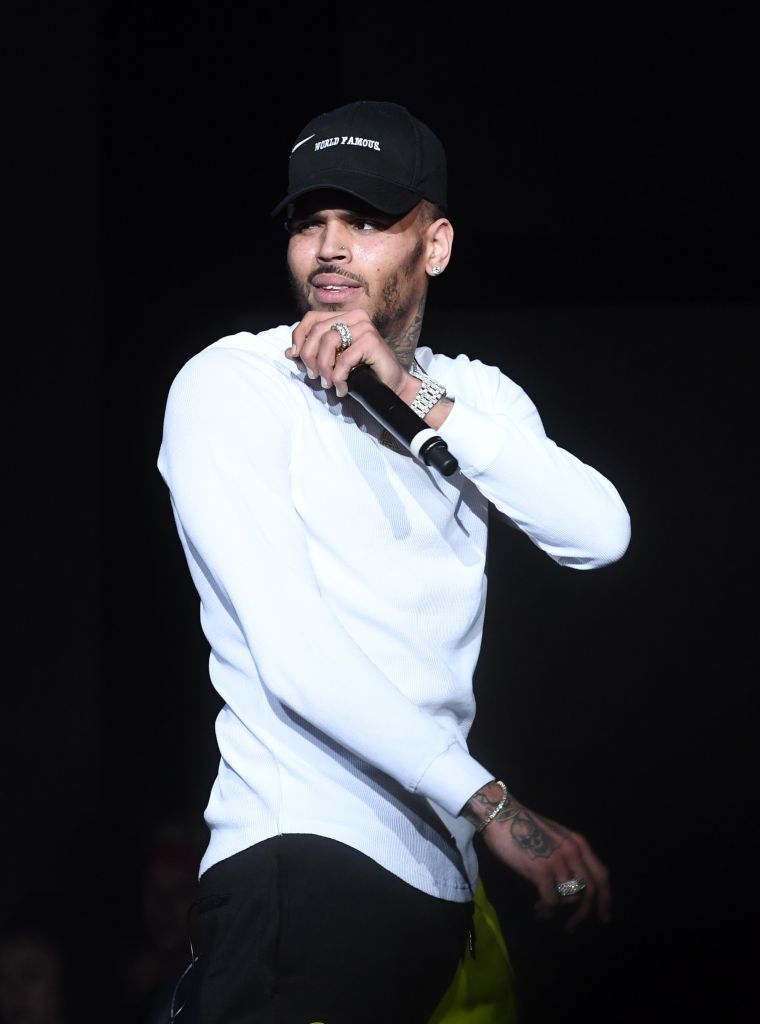 Monkeys shouldn’t be pets, says the city of Los Angeles.

Singer Chris Brown will be walking into the new year facing criminal charges: two counts of having a restricted species without a permit, reports TMZ.

Brown, 29, sparked controversy when he brought home a baby capuchin monkey named Fiji in the fall of 2017.

He swiftly drew criticism after posting…

Forest Whitaker Files For Divorce From Wife After 22 Years After more than two decades of marriage, Forest Whitaker and his wife, Keisha Nash, are splitting up.

The “Black Panther” actor, 57, filed divorce documents on Thursday, according to The Blast.

Whitaker met Nash, 46, on the set of “Blown Away” in 1994 where they played each other’s on-screen love interests. The duo then began dating in real life and married two… 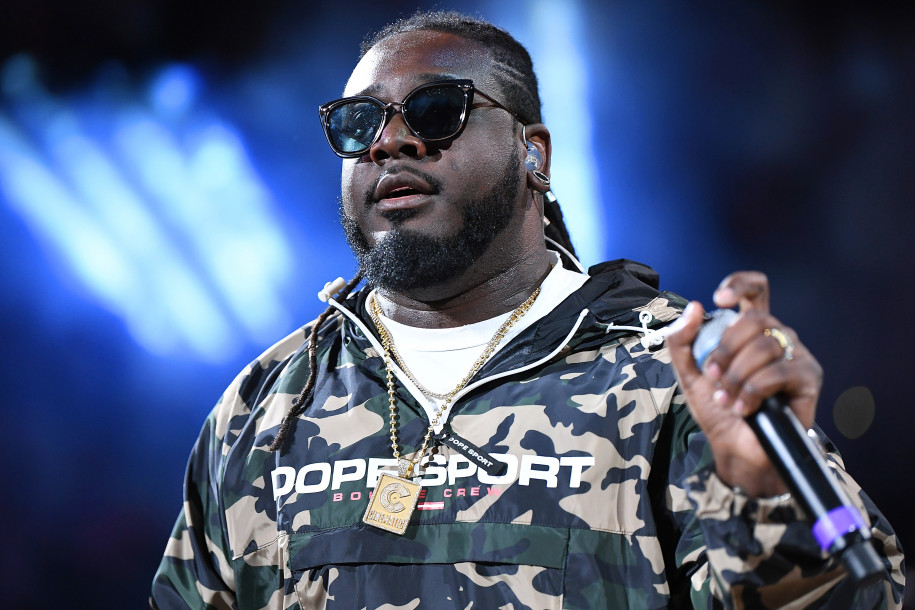 For T-Pain, money is no object when it comes to the well-being of his family.

On Wednesday, the Tallahassee, Florida-born rapper and singer shared the staggering bill from his brother’s hospital stays totaling $1,402,977.

“I first wanna say thank you to all the ppl that were involved in keeping my brother alive,” he wrote. 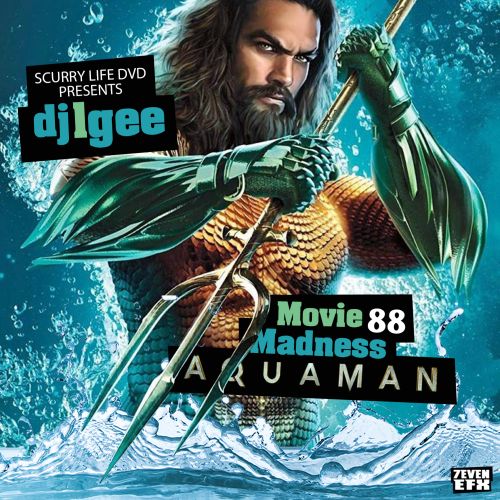 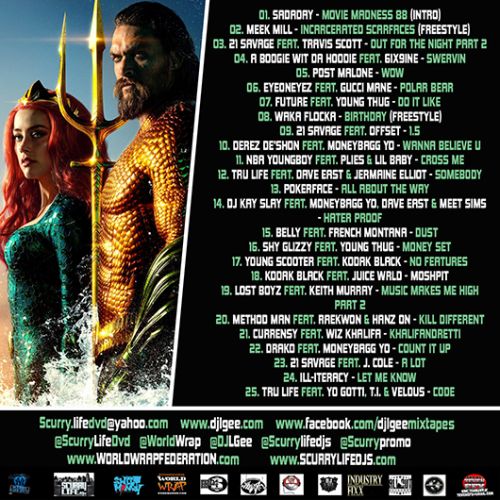 Keith Sweat is in hot water with Uncle Sam.

The 57-year-old was warned that if he doesn’t pay up, the government will start seizing his assets.

Sweat is best known for his hits including “Nobody” and…

Drake Claims Son Adonis Is A Better Painter Than Picasso Drake’s little guy is an artist like his daddy.

On Christmas night, Drake posted a snap of a finger painting his 1-year-old son, Adonis, gave him.

The painting, which was outfitted with a white frame, features tiny handprints in shades of blue, green, yellow and a splash of… 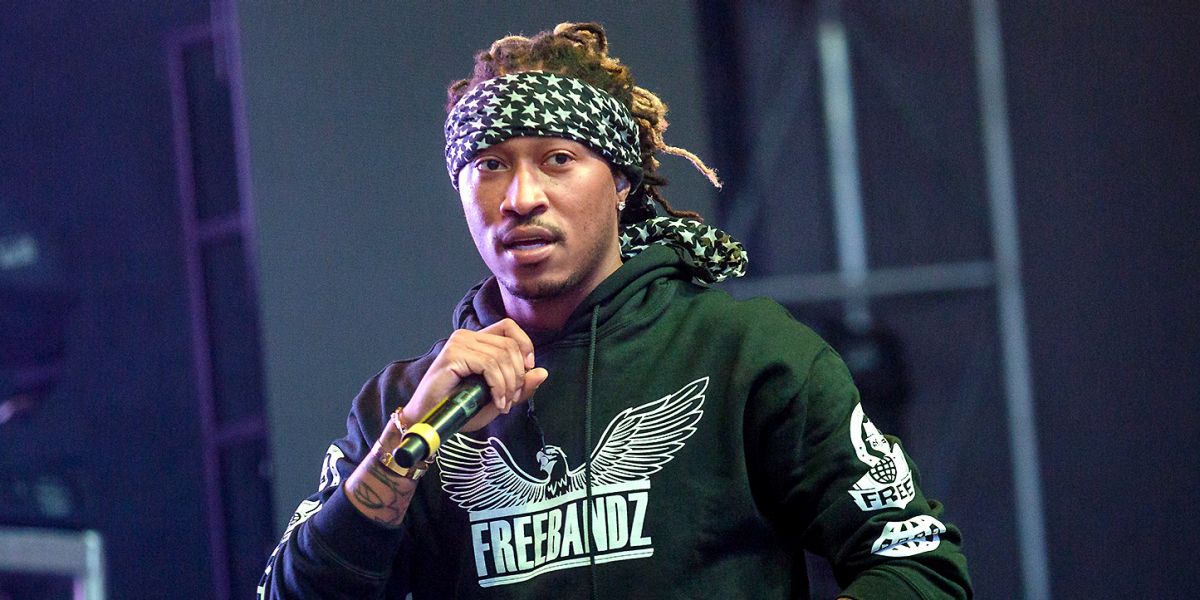 Future officially has enough kids to make a band. 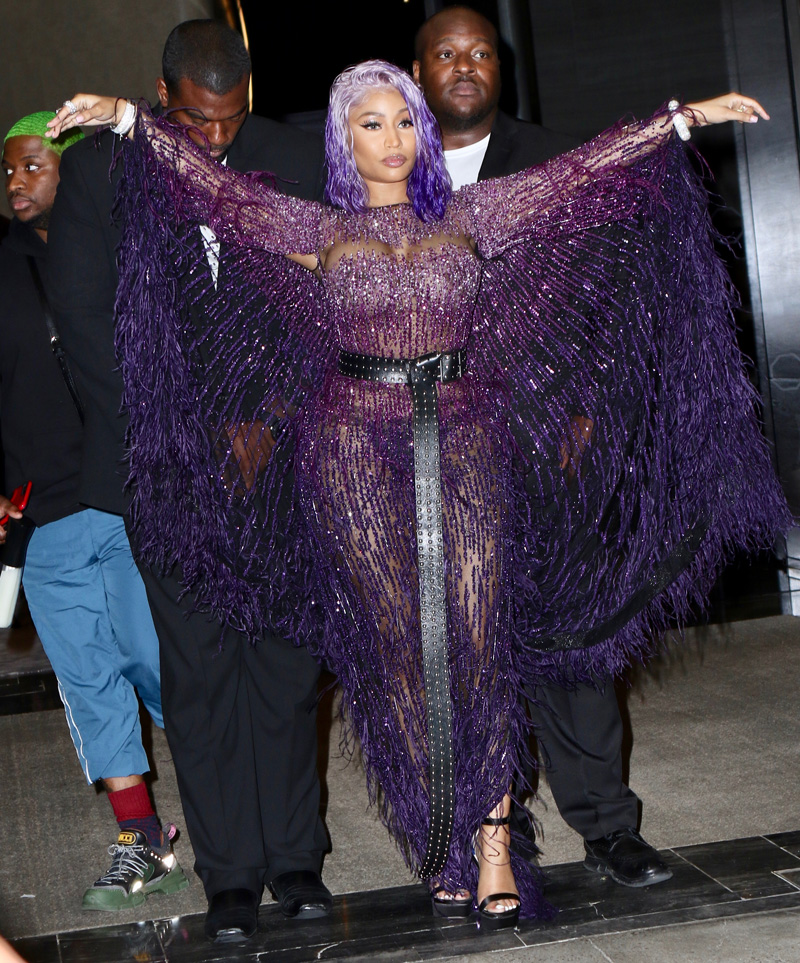 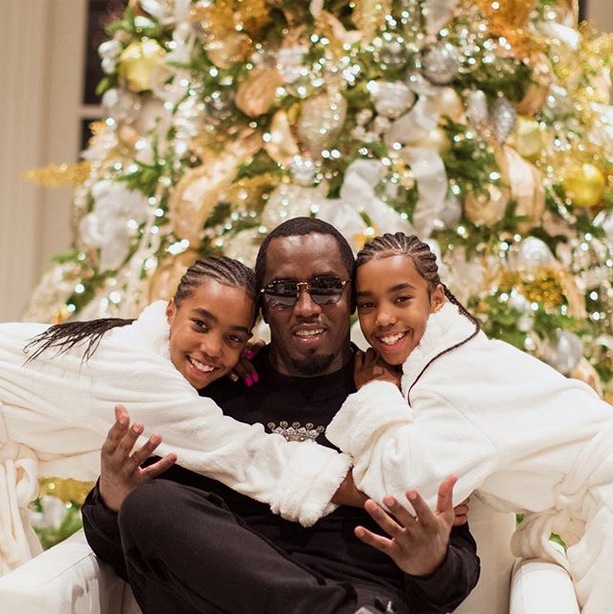 Christmas is bittersweet this year for Diddy and his children.

The music mogul, 49, posted a sweet photo with his twin daughters D’Lila Star and Jessie James on Tuesday, presumably from their first holiday celebration without their mom, Kim Porter.

Diddy and Porter were on-and-off for years, and he adopted her son Quincy during their time together as well.…