Last week 21 Savage’s brother, Terrell Davis, was stabbed to death after an argument. HipHopDX now reports a suspect has been arrested and charged with the murder.

London Metropolitan Police arrested 21-year-old Tyrece Fuller for the murder and he is set to appear in Bromley Magistrates’ Court on Monday.

“Police are investigating a fatal stabbing after… An up-and-coming New Jersey rapper was gunned down in a broad-daylight shooting in Newark, according to video and police.

The 29-year-old Tripple Beanz, whose real name was Corey Thompson, was shot dead on the 300 block of Avon Avenue in New Jersey’s largest city just before 1 p.m. Friday, according to local and county authorities.

Kodak Black Pledges $1M To Charity If Trump Pardons Him “If the President [frees] me, I’m gonna spend $1 million on charity within the first year I’m out,” his account tweeted, according to XXL. It was later deleted.

It’s not the first time the rapper has asked… Cardi B responded to backlash Sunday over her Thanksgiving celebrations where she appeared to host a large gathering amid the COVID-19 pandemic.

Over the weekend, the 28-year-old rapper tweeted, “12 kids and 25 adults over the holidays. It was lit !!” which ignited commentary from followers as public health officials urged Americans to limit their Thanksgiving… 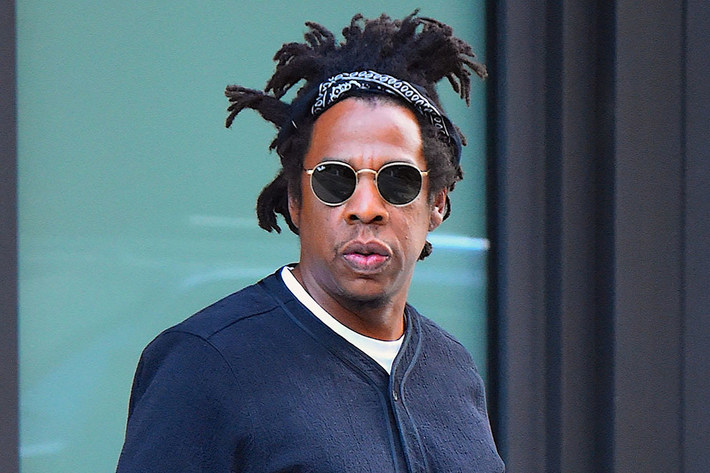 Hov is deep in his bag these days. After starting his own marijuana company and investing in a new fitness platform, JAY-Z is now set to produce a new thriller on Netflix titled Forty Acres. Deadline reports the film is based on Dwayne Alexander Smith’s with the same name and is described as a hybrid of The Firm and Get Out. The film will pair Hov with Luke Cage…

Boosie Badazz Parties In A Wheelchair Just two weeks after sustaining a gunshot injury to the leg, rapper Boosie Badazz kept his commitment to perform at a “Thanksgiving Bash” in South Carolina Thursday night, arriving to the venue in a wheelchair. The Louisiana rapper was wheeled into the Exquis Event Center by friends, sharing video footage of his arrival on Instagram. His leg is propped up… 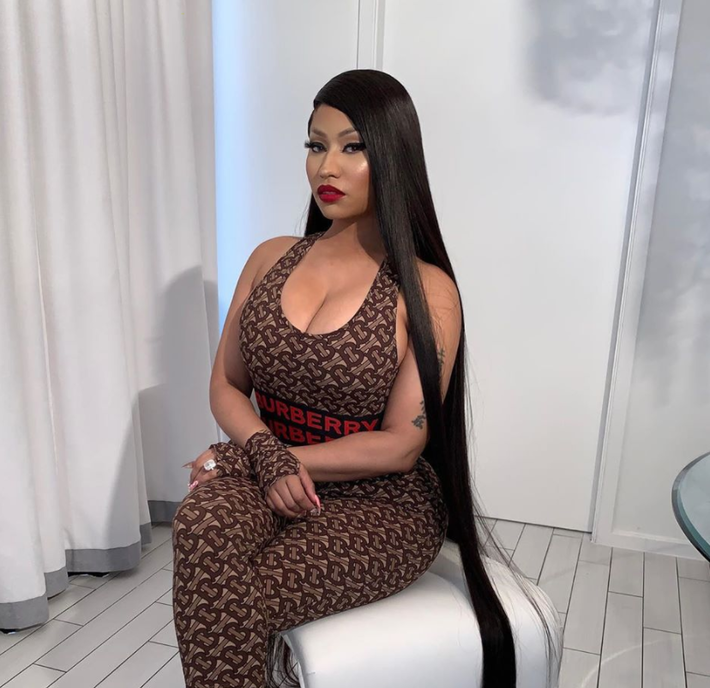 Nicki Minaj has an awfully cute companion this Friday night.

The rapper posted a sweet voice note with a message from her baby to her devoted Barbz on Twitter on Nov. 27.

The audio starts off with a baby cooing, followed by Minaj speaking in a sugary voice.

"Say hi to the Barbz, papa bear. Say hi," she says to the infant.

Barack Obama Approves Drake Playing Him In A Biopic Movie 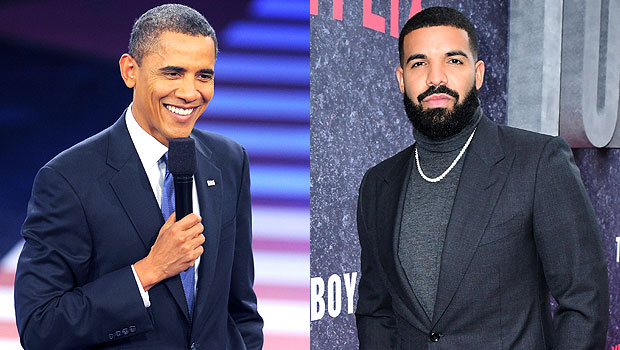 If Barack Obama’s family gets to play casting director for his biopic, Drake will be a solid contender.

“I will say this — Drake seems to be able to do anything he wants,” said former US president Barack, 59, in an interview on a new episode of Complex News’ “360 With Speedy Mormon,” this Wednesday. “I mean, that is a talented, talented brother.”

Beyoncé Being Subpoenaed In ‘Black Is King’ Legal Battle Beyoncé is being subpoenaed by a Shelter Island resident in a fight over her acclaimed Disney visual album “Black Is King.”

Mike Gaynor, who owns a horse farm on the island, launched legal action against the local town council for allegedly allowing the superstar to shoot a video at a historical site in return for what he alleges was a “substantial fee” — and… 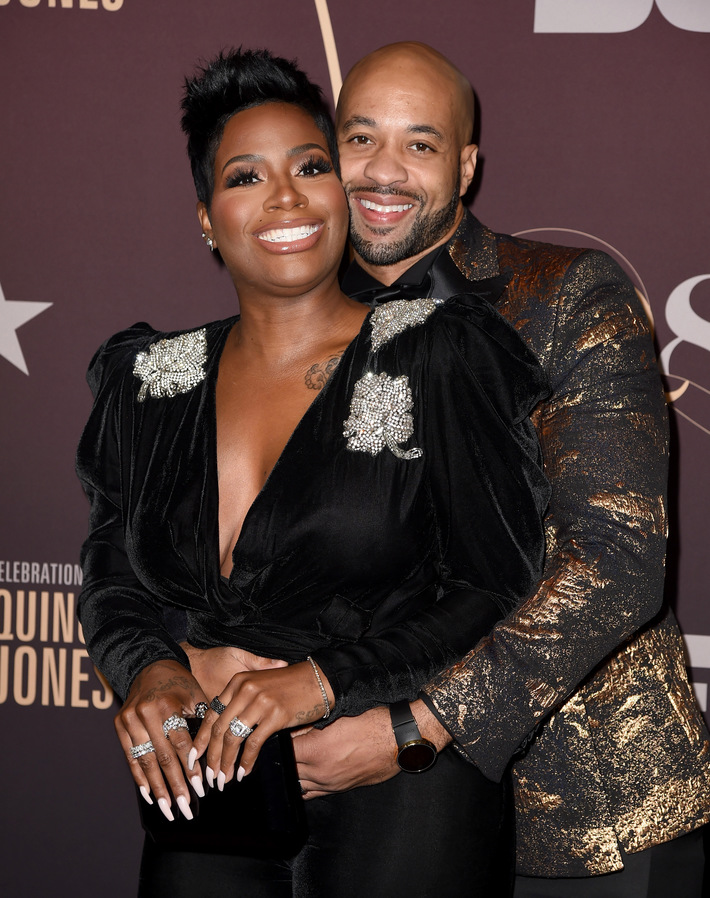 Fantasia Barrino and husband Kendall Taylor will soon be welcoming a bundle of joy.

On Wednesday, the “American Idol” alum, 36, announced her pregnancy on social media, where she also opened up about her struggle to conceive and how she leaned on her faith. Kevin Hart told followers to “grow up and get a hobby” after they criticized him for dressing his infant in a onesie with a curse word to promote his new Netflix special.

The comic posted a picture on Instagram showing daughter Kaori Mai in a top bearing the title, “Zero F - - ks Given.”

Hart brushed off his critics on Sunday, calling the uproar… 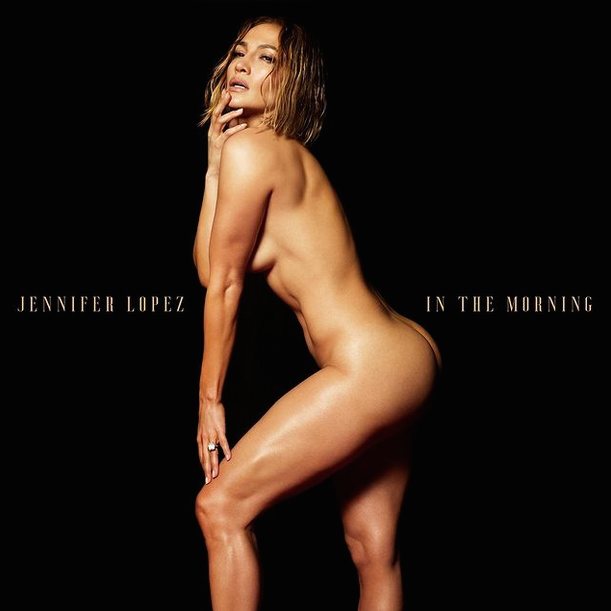 This “Ain’t Your Mama’s” album cover.

Jennifer Lopez posed naked for the official cover art of her new song.

The 51-year-old singer shared a photo of her new album cover on Instagram on Friday, writing, “Surprise! Here’s the official cover art for #InTheMorning .”

Completely in the buff, Lopez showed off her fit physique while rocking a short lob…

The Weeknd Accuses Grammys Of Being 'Corrupt'

The Grammys versus Weeknd drama is far from “over now.” 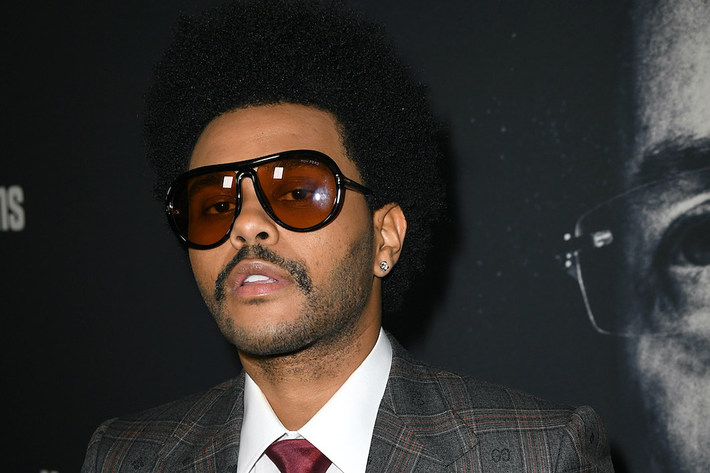 In his latest tweet lashing out at the Recording Academy, the singer is not backing down over being snubbed in Grammy nominations.

“Collaboratively planning a performance for weeks to not being invited? In my opinion zero nominations = you’re not invited!” The Weeknd, whose real name is Abel Tesfaye,… If you've been listening to Megan Thee Stallion's debut album, Good News, since she dropped it on Nov. 20, you were more than ready for her performance at Sunday's American Music Awards. The "Body" rapper made her debut on the AMAs stage to perform her new single, and damn, did she raise the heart rates in the room! A short video played before the performance where…

Nicki Minaj Is Getting Her Own HBO Max Docuseries 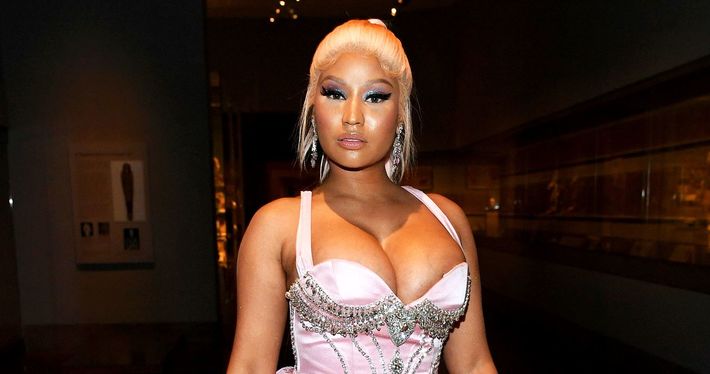 Nicki Minaj is getting her own documentary series.

The upcoming HBO Max six-episode series will be directed by longtime Minaj collaborator Michael John Warren — who was also behind the 2004 Jay-Z film “Fade to Black.”

A release date and a title have yet to be announced for the series, but each episode will be a half-hour. Minaj is serving as an executive…

21 Savage Brother Was Reportedly Stabbed To Death In London 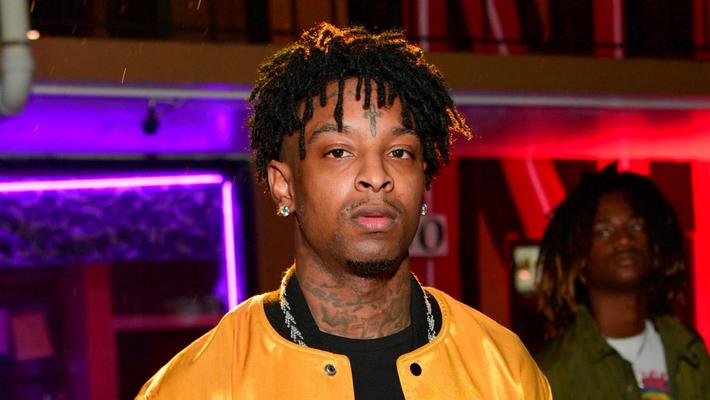 Rapper 21 Savage is mourning his brother who was reportedly stabbed to death in London by an “old friend.”

“Can’t believe somebody took you baby bro,” the UK-born rapper said in an Instagram tribute alongside a throwback photo of himself with brother Terrell Davis, a 27-year-old drill rapper known as TM1way. 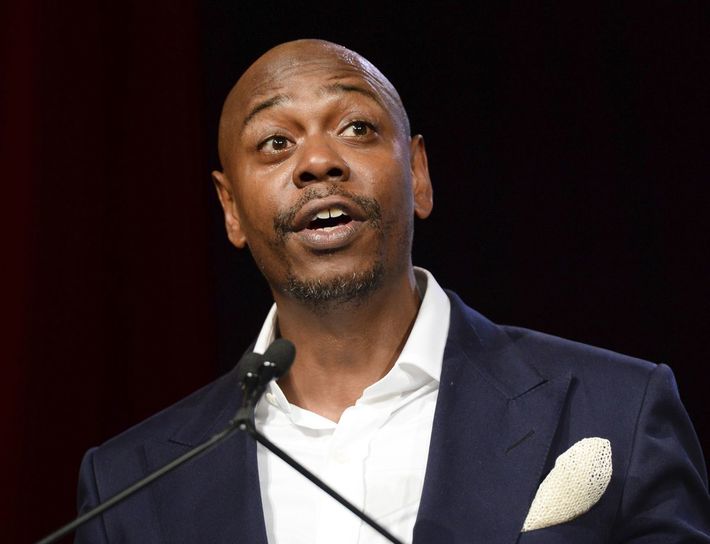 Dave Chappelle had made it clear that he did not approve of ViacomCBS licensing his Comedy Central series, Chappelle’s Show, without paying him a dime. The comedian spoke about it during his recent Saturday Night Live monologue, and now he has done something about it.

In a video, titled Unforgiven, which was posted on Instagram this morning, Chappelle says that… 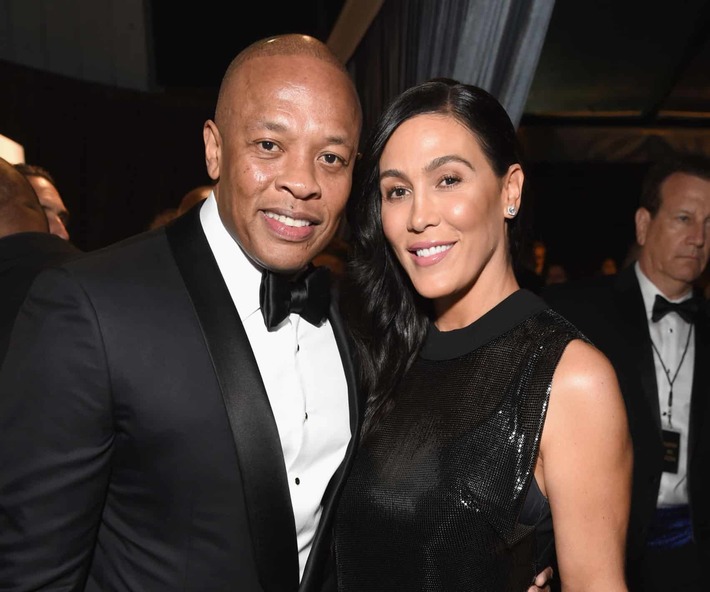 In exclusive court documents obtained by TheBlast, Dr. Dre has filed a court motion to stop Nicole Young’s lawsuit over the trademark to his name as well as the title of his most coveted project, The Chronic.

Back in August, Nicole filed a suit claiming co-ownership of the trademarks of The Chronic and his moniker Dr. Dre, while she accused Dre, whose real name… 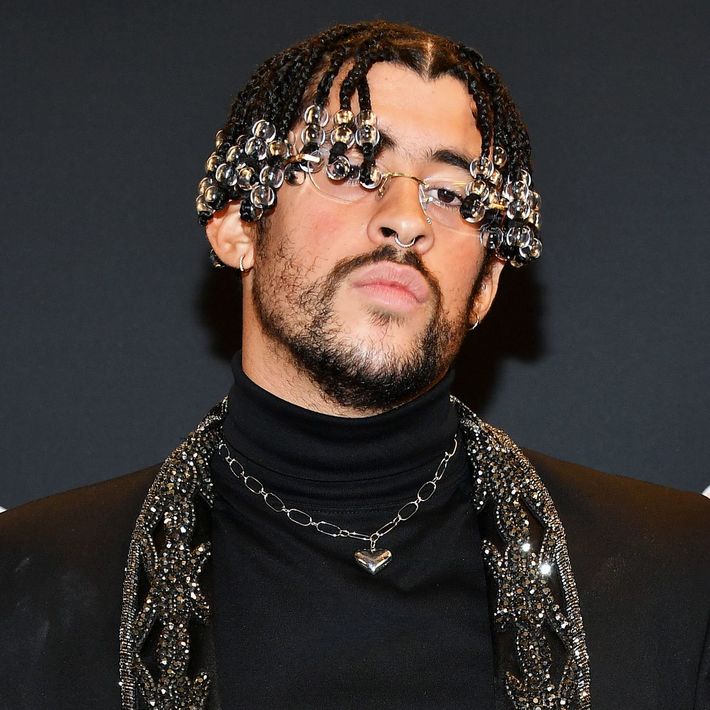 The 26-year-old, whose real name is Benito Martínez Ocasio, announced the news the day after dropping out of a scheduled performance at the 2020 American Music Awards, where he had been slated to sing “Dákiti,” his fall hit with Jhay Cortez.… 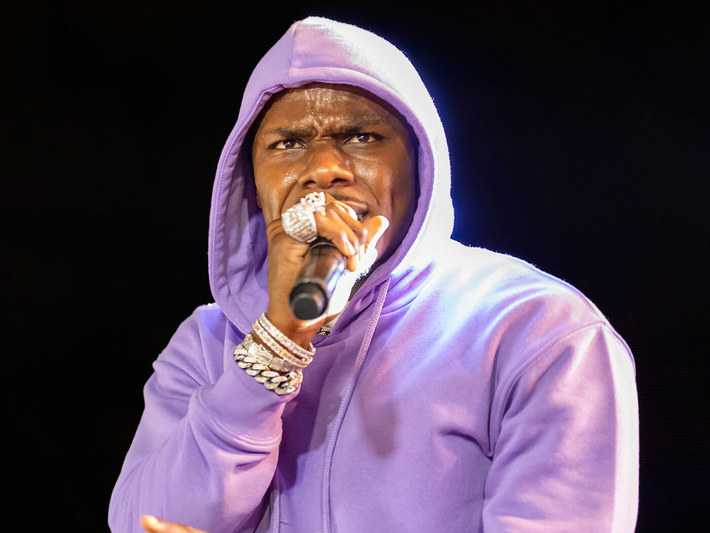 DaBaby’s new album is a tribute to his older brother, Glenn Johnson, who died of an apparent suicide earlier this month.

The rapper released his EP, called “My Brother’s Keeper (Long Live G),” on Friday “in commemoration of his late brother G,” according to a press release from Interscope Records.

On the title track, the heartbroken performer talks about…