Jay-Z Takes The SNL Stage In A Colin Kaepernick Jersey 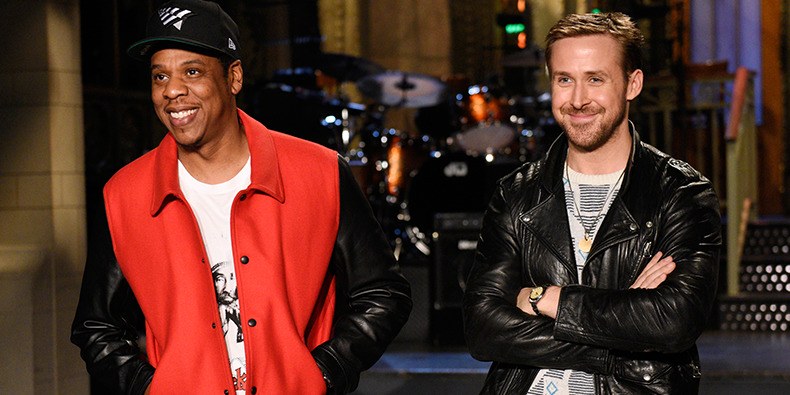 Rapper JAY-Z didn’t bend the knee during the “Saturday Night Live” season premiere, but he did the next best thing.

The black and white jersey had “Colin K” emblazoned on the…