Kevin Hart is trying to turn lemons into lemonade, but some think it’s a bit too soon.

In September, the 38-year-old actor took to Instagram to apologize to his wife and kids for what he referred to as a “poor decision.” TMZ later learned Hart was being extorted by a woman who claimed to have video footage of them doing “sexually suggestive” things, although reports… Blac Chyna‘s mother, Tokyo Toni, is suing Wendy Williams for $1 million, claiming the sharp-tongued talk show host made comments about her on TV that caused her “stress and depression.”

The celebrity mom — who is going after Williams for defamation of character, slander and harassment — claims Williams “has had guests on her show helping to defame me,” according to… 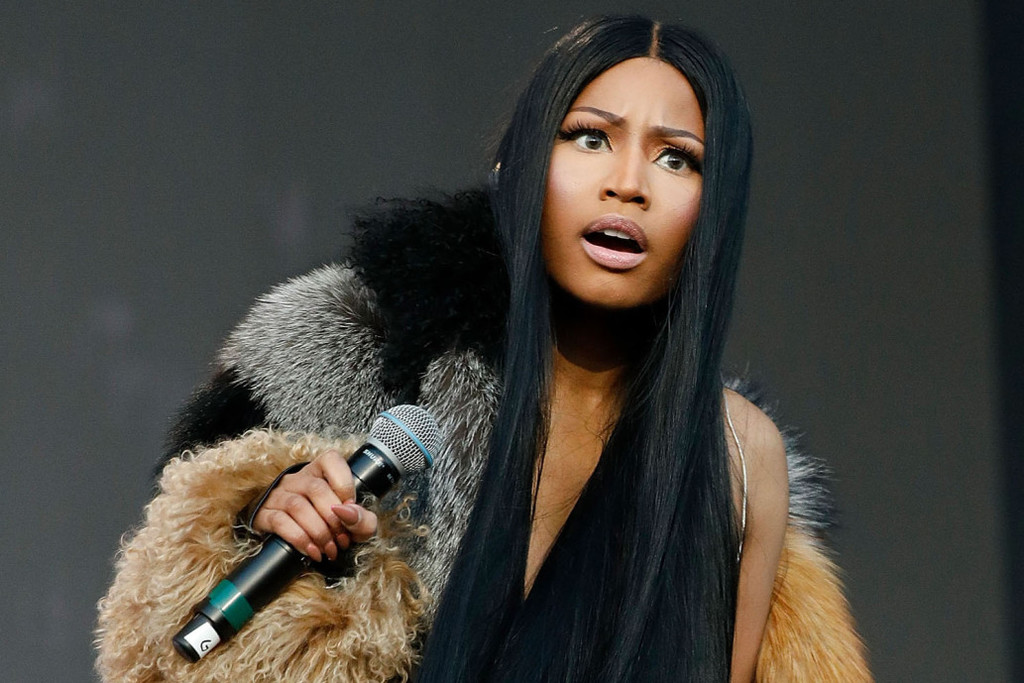 Rap goddess Nicki Minaj will be the star witness at her brother’s child rape trial, The Post learned Thursday.

Minaj will be, in fact, the crux of the defense; in opening statements in Nassau County, the brother’s lawyer said Thursday that the whole case was an attempt to extort $25 million from the hugely successful “Anaconda” rapper.… The Weeknd released his third studio album, Starboy back in Nov. 2016, but it is apparently still breaking boundaries. According to a new report, the album has gone 2X platinum, making him the first artist to earn a multi-platinum album within the last year.

Beyoncé Turned Down A Role In ‘Beauty And The Beast’ If Bill Condon had it his way, Beyoncé would have sung the chorus to “Be Our Guest.”

As the “Beauty and the Beast” director recently revealed to Yahoo! Entertainment, he lobbied for the Grammy-winning superstar to appear in Disney’s musical blockbuster.

“I even tried to get her into ‘Beauty and the Beast,’ but it wasn’t a big enough part,” the 61-year-old… 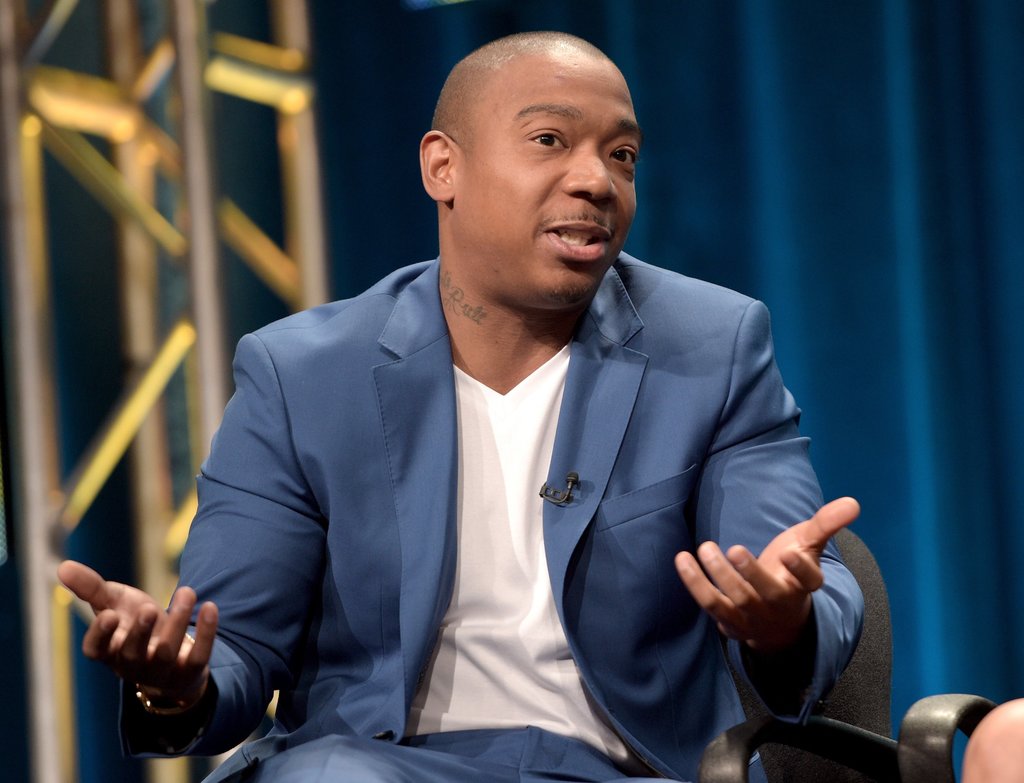 Rapper Ja Rule plans to fight a series of lawsuits against him over the disastrous Fyre Festival by claiming he, too, was bamboozled by his ex-partner.

“My client got wrapped up in this unintentionally,” Herndon said of his… DJ Khaled spoke about his favorite topic, his 11-month-old son Asahd, at the VH1 Save the Music 20th Anniversary Gala on Monday.

And Khaled already has a future prom date picked out for the infant — Rihanna.

“He is around me when I am working, so he is going to get that energy,” the DJ/producer said of his pride and joy, who drives a customized mini…

Blac Chyna Sues The Kardashians For Killing Her E! Show 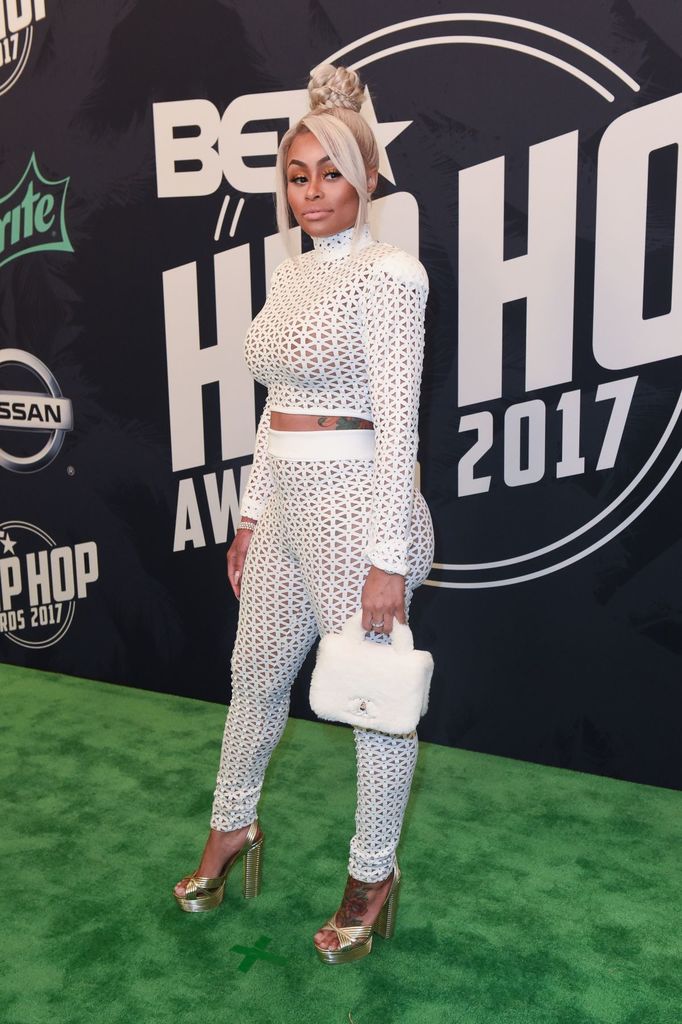 Blac Chyna has fired back at Rob Kardashian and his famous family with a new lawsuit claiming assault, battery, "slut-shaming" on social media and a concerted effort to kill her TV career.

The new 59-page complaint, obtained by the Daily News, calls Rob Kardashian "an abuser intent on destroying" Chyna after she broke up with him last year. 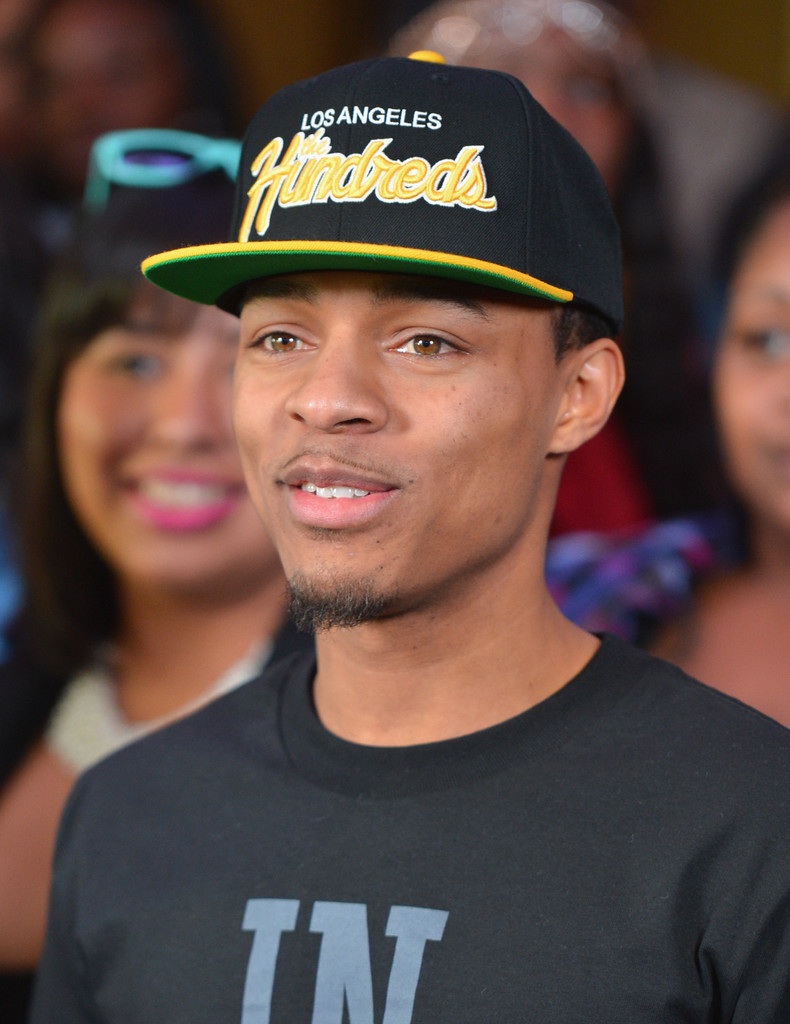 By the number of times that Bow Wow has been the butt of Twitter jokes, you would think the former rapper would watch what he posts on social media. But unfortunately, it seems as though he will never learn his lesson. Bow found himself at the center of discussion once again after he posted an images of Death Row Record’s infamous roster with an image of his younger self… 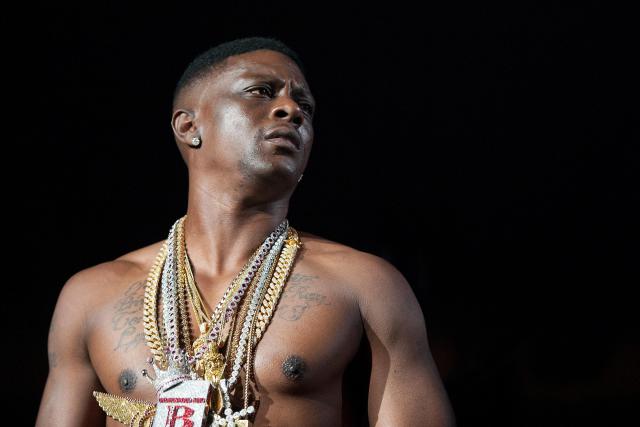 Over the summer, Lil Boosie’s brother, Taquari Hatch, was arrested on accusations that he stole $361,000 from the rapper’s bank account, but it looks like he’s clear of wrongdoing. The district attorney in the case is refusing to press charges against Hatch, although it’s unclear what evidence led to the decision, TMZ reported Monday (Oct .16).

Hatch was accused of…

Rihanna Says She Has A ‘Fluctuating Body Type’ 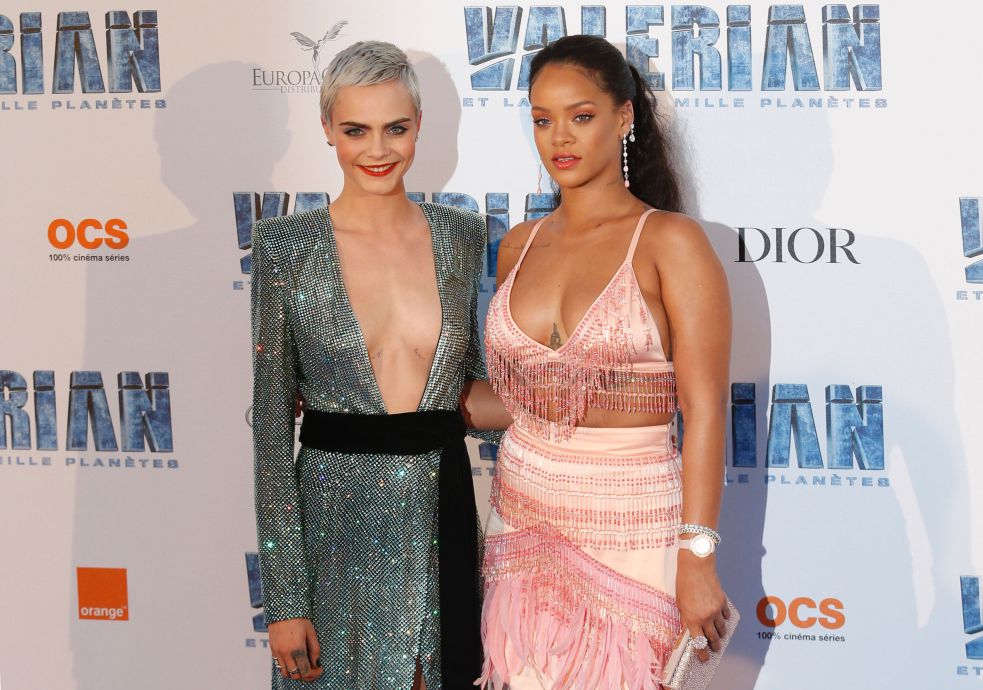 Despite her mega wardrobe budget and flawless looks, Rihanna is pretty normal when it comes to getting dressed in the morning.

“I actually have had the pleasure of a fluctuating body type, where one day I can literally fit into something that is body con, and then the next day – the next week – I need something oversized,” the “Kiss It Better” singer shared with The…

R&B Group 112 Has A New Album Coming Out 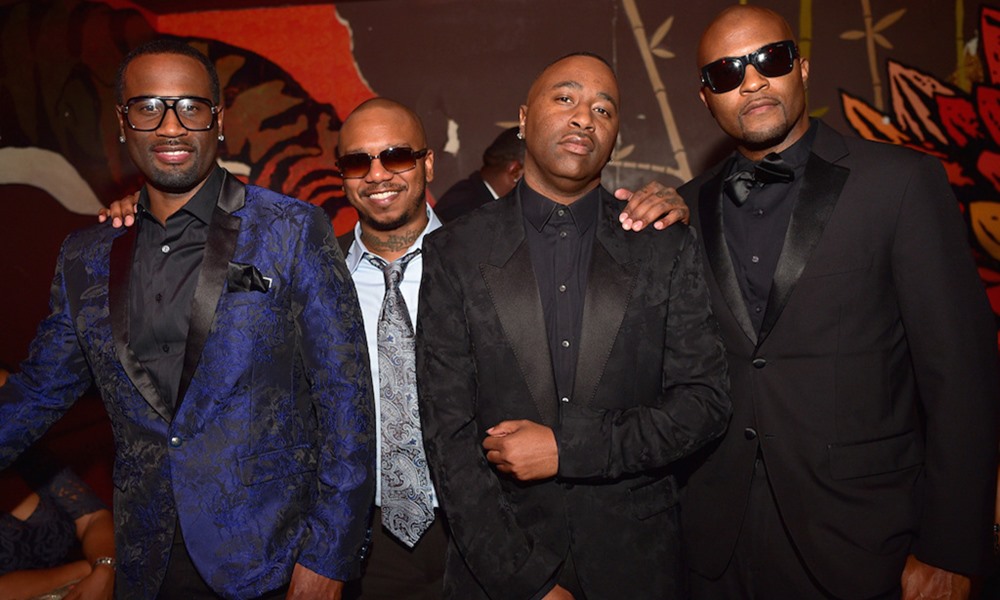 Veteran R&B group 112 will release their new studio album, ‘Q Slim Mike Daron,’ on October 27th via eOne Music and to continue to stir anticipation, the fellas reveal the set’s cover artwork. In the photo, the quartet posts up on a red stage while rocking black and white tuxedos.…

Al Sharpton’s Daughter An Hour Late To Her Own Wedding 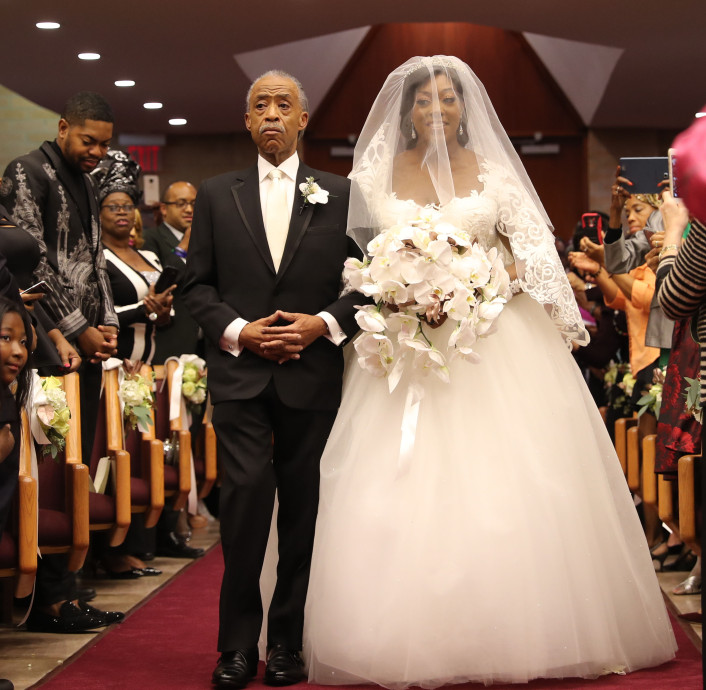 She may have a $5 million injured ankle — but that didn’t stop the Rev. Al Sharpton’s daughter from walking down the aisle Sunday.

Dominique Sharpton, 30 — who has been suing the city for seven-figures over an alleged injury she suffered on a street — successfully made her way to the altar to wed fellow activist Marcus Bright, 33, in a public ceremony at the Greater… 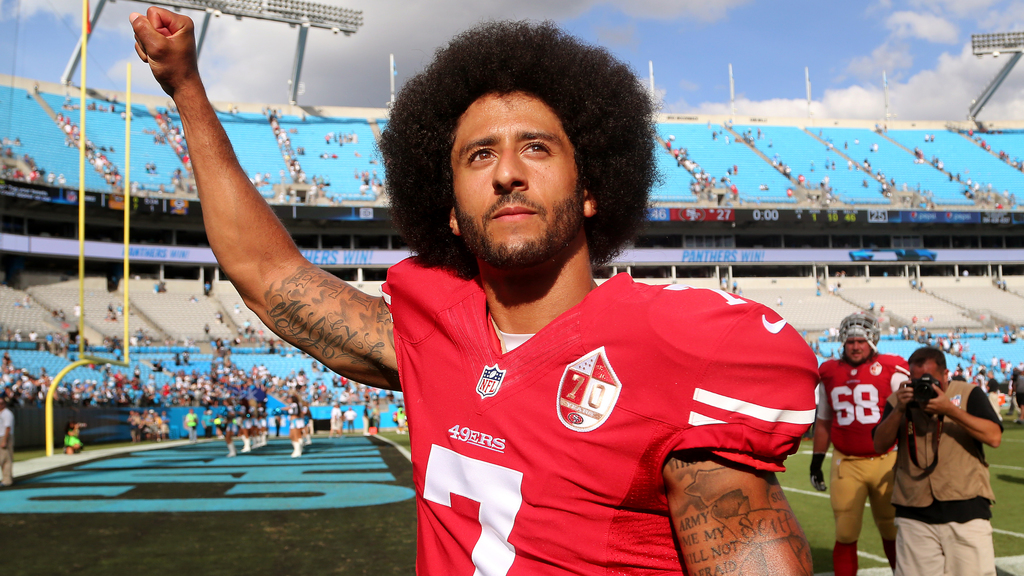 After remaining unsigned through six weeks of the 2017 NFL season, Colin Kaepernick claims the league is participating in collusion.

According to Bleacher Report's Mike Freeman, the former San Francisco 49ers quarterback has filed a grievance against the owners for collusion under the latest collective bargaining agreement. Rap mogul Sean “Diddy” Combs in Miami this week gives Derek Jeter some words of wisdom as the sure-shot future Hall of Fame shortstop and newly minted part-owner of the Marlins was welcomed to town by a high-powered cast of hip-hop’s finest.

The Yankee legend partied with Diddy, his girlfriend Cassie, and rappers DJ Khaled, Busta Rhymes and French Montana at… Ray J will star in a new musical, “Thugs and the Women Who Love ’Em,” based on Wahida Clark’s 2004 best seller next month at Brooklyn’s Kings Theatre.

The show’s produced by Melvin Childs, author of “Never Would Have Made It: The Rise of Tyler Perry,” and Ray J tells us of his fellow singer co-star, “K. Michelle is my dream woman in the play. There is nudity in the…

Tupac Shakur's Stepdad Agrees To Move Out Of Disputed Property 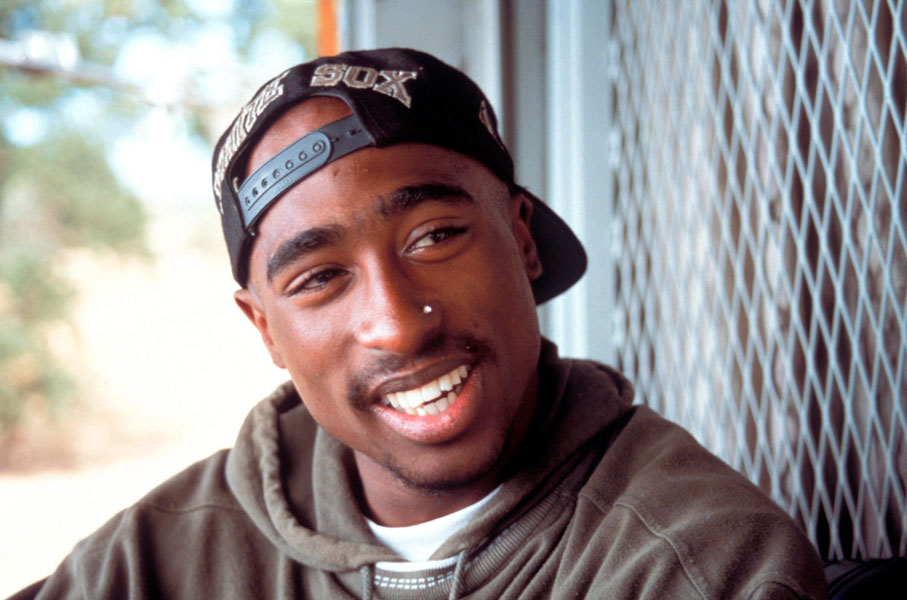 The estate of Tupac Shakur’s mom, Afeni, has worked out a deal to get her estranged widower out of the 50-acre ranch she left behind when she died in May 2016.

Gust Davis, who was separated from Afeni at the time of her death, will be paid $198,000 to leave Afeni’s home in Lumberton, N.C., according to a source close to the agreement. Ashes of the former rapper were…

Chance The Rapper To Headline Concert For Obama Foundation 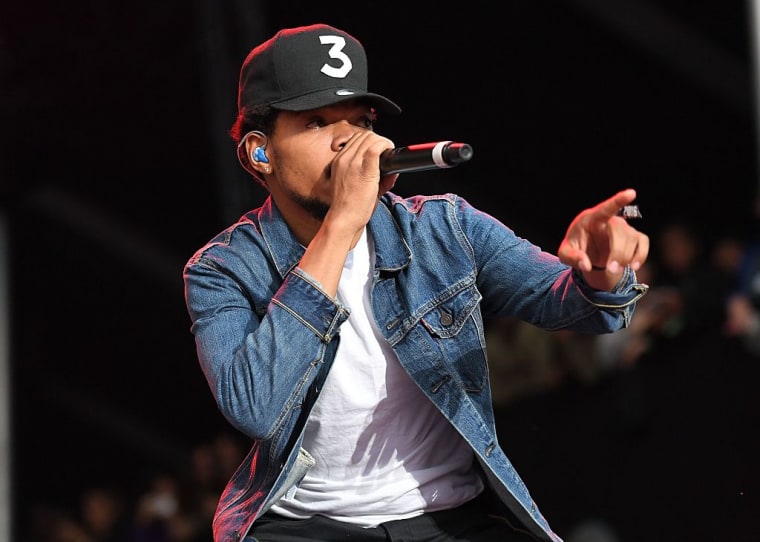 Chance the Rapper will headline a special concert to close the Obama Foundation Summit in Chicago next month. The rapper announced Friday (Oct. 13), that he teamed with the organization to curate the show, which will be live streamed on the Foundation’s website.

Gloria Estefan, and indie rock band, The National, will also perform at the inaugural event. 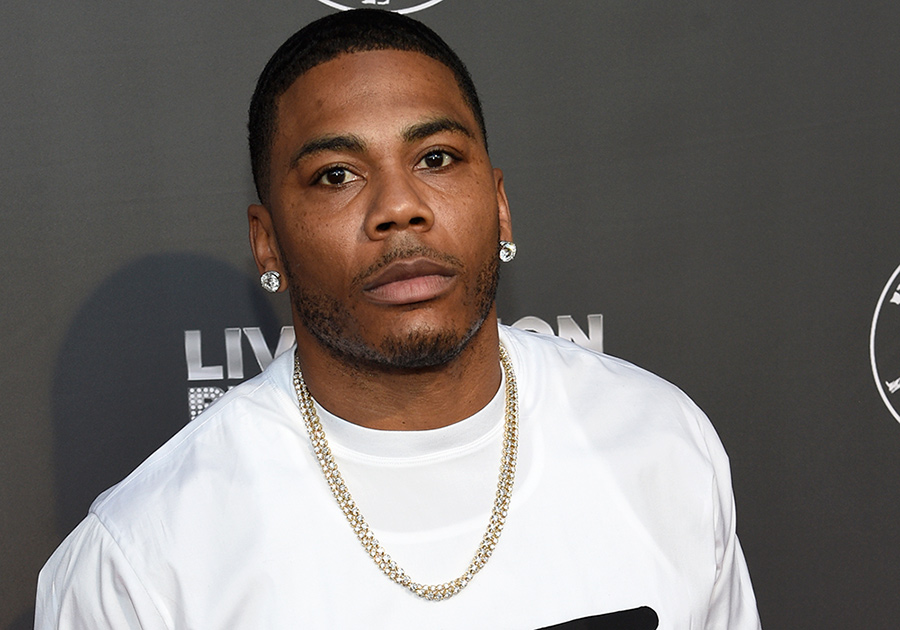 This afternoon (Oct. 13), the attorney representing the unnamed woman who accused Nelly of rape in Washington last week has said that her client will not testify against the rapper and intends to drop the case due the way it is being handled by police and the public.

In a letter first published by TMZ, the attorney describes the woman being exposed to scrutiny from…

Michael Jackson's Glove Up For Bid A white glove Michael Jackson wore on tour in 1981 is among the items up for bid in an auction of pop music memorabilia next month.