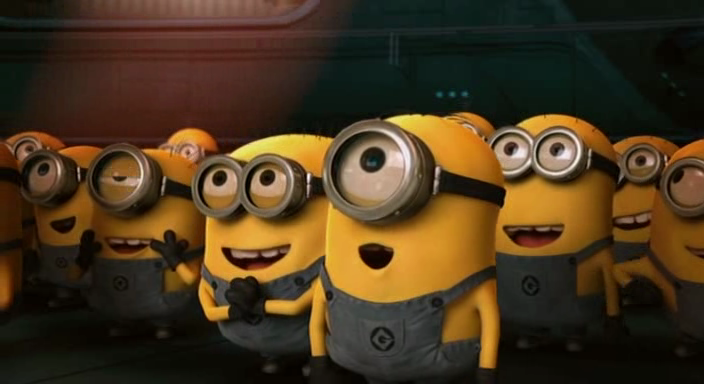 These parents aren't loving it.

Some moms and dads say they’re upset over McDonald's Happy Meal Minion toys that curse — a claim the company calls a misinterpretation.

The talking toys, sold in McDonald's restaurants across the continent, say, "What the f**k!" some parents insist.

"I heard what it said and I'm like, 'Whoa, hang on here,'" Taylor King, who bought a Happy Meal for his three-year-old son, told Fox28 in Columbus, Ohio.

"We’re aware of a very small number of customers who have been in touch regarding this toy, and we regret any confusion or offense to those who may have misinterpreted its sounds. The allegation that this toy is saying anything offensive or profane is not true."

In the "Despicable Me" movies, the Minion characters express themselves with funny faces and slapstick comedy as they get into mayhem, not in words that make sense to viewers.

Not everyone who listened to the toy heard swear words, including reporters in multiple newsrooms.

"I can't believe it's coming out of a toy," grandparent Bradley Merten of Longwood, Fla., told WFTV.

The toys rolled out in Happy Meals July 3, ahead of the movie release Friday. The animated film is expected to dominate the box office this weekend.