WTF! A 10 YEAR OLD GIRL IS CHARGED WITH MUDERING AN INFANT! 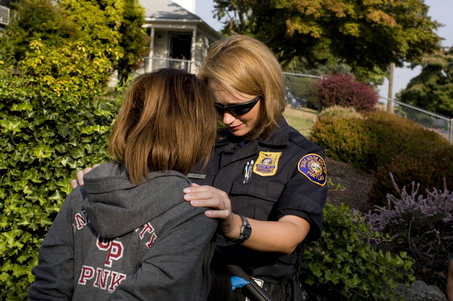 A 10-year-old girl is to be charged with third-degree murder in the shaking death of an infant at a Shippensburg-area baby sitter's house.
District Attorney Matt Fogal also has authorized criminal proceedings against the baby sitter, Dottie Bowers, age unavailable, of 127 Bennelton Drive, Southampton Township. Bowers is to be charged with involuntary manslaughter and endangering the welfare of a child.

On July 29, two weeks shy of her 10th birthday , the girl allegedly violently shook a baby and threw him into a crib. Eleven-month-old Heath Ryder died of traumatic brain injuries at Milton S. Hershey Medical Center, Hershey, on Aug. 2.

The charge of murder must be initiated in adult court no matter the age of the person charged, Fogal said. He intends that the case to be transferred to Juvenile Court as a delinquency matter.

Jason Kutulakis, a Chambersburg attorney, is representing the girl.

"This is not a kid that has a mental health disorder. She does not have a personality disorder," Kutulakis said. "She is not a bad person. She has no history of behavioral problems or school problems."

Bowers, who was baby sitting both children the day of the incident, is accused of failing to seek immediate medical care for the infant. If found guilty, she faces a jail term of up to 25 years.