MARIAH CAREY IS READY TO POP! 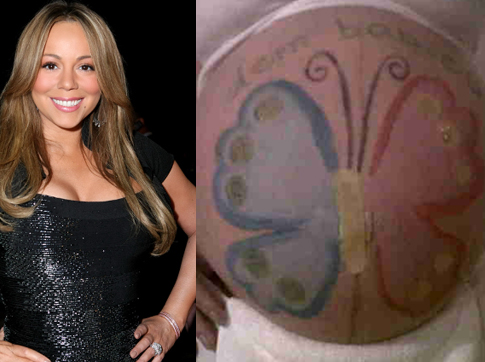 Nick Cannon and Mariah Carey are expecting a special delivery any day now -- their twins!

"We were going to go to the hospital last night actually," Cannon said while guest-co-hosting "The Talk" Thursday.

Carey, who is "ready to just pop," has her bags all packed for the trip and a baby nurse ready to help out.

The father-to-be said he tends to be a "daredevil" but the prospect of having to be a parent soon has him rethinking his adventurous ways.

Just a week ago, he said, he was up in a hot air balloon for an "America's Got Talent" segment, which made him think, "I can't do this anymore."

"I gotta start taking into consideration that I have other lives that I am responsible for," Cannon said.

The couple will celebrate its third anniversary on Saturday, but won't be able to renew their vows in an exotic locale as they have the last two years.