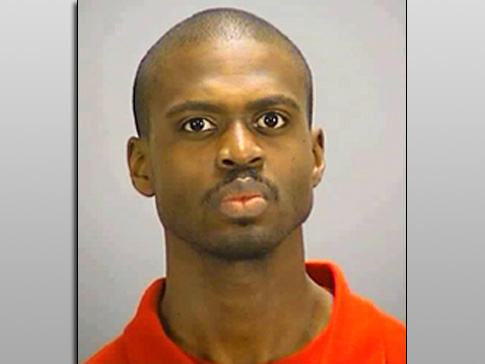 A teacher in the middle of a sudden spiritual awakening celebrated his moment of Zen by stripping naked and strolling the hallways of his school in the nude, police said.

Harlan Porter was arrested and charged with public indecency for his impromptu strip show at the B.C. Haynie Elementary School in Morrow, Ga, The Smoking Gun first reported.

School staff members called police at around 3:20 p.m. on April 22 after seeing Porter take off his clothes and roam the building in his birthday suit.

Although no students were in the school at the time, Porter was fired from his job.

Porter, 31, was found by police sitting in the teacher's lounge.

Under questioning, he explained to cops that he "reached a new level on enlightenment" and that he "wanted everybody to be free now that his third eye was open," according to a Morrow Police Department report.

Despite losing his job, Porter expressed a desire to continue teaching, although "on a new level, with hands in the earth, gathering the essence and learning how to love one another and fully appreciate the spiritual realm."

Fellow teachers at the school described Porter as a vegan who avoided both drugs and alcohol.

"However on the date in question they noticed that he was drinking a coke and had gone to taco bell to get tacos for lunch," the police report said.

In addition, he had recently learned that his contract at the school wouldn't be renewed.

WHY HE GOTTA BE BLACK? LOL! THE ONLY DRUG THAT MAKES YOU STRIP IS THAT SHERM!