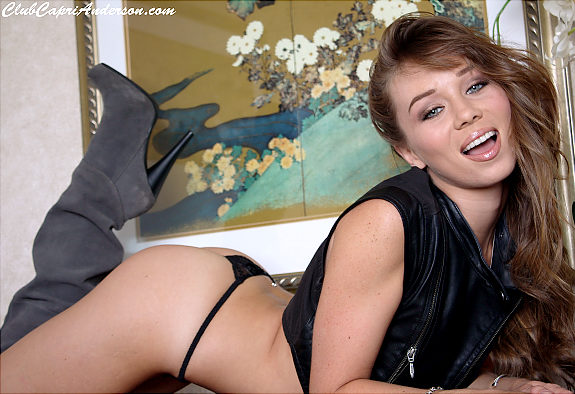 Sheen allegedly went on a rampage Tuesday looking for his wallet and cell phone after a night of booze and cocaine.

Anderson, 22, cowered in the suite's bathroom as the naked "Two and a Half Men" actor reportedly ranted incoherently while busting a chair and knocking over a table.

The skin-flick starlet, also in the buff, was so scared she called The Plaza's security, who notified police.

TMZ reported that Anderson claims Sheen threatened her and kept her in the suite against her will. But the Bronx-born X-rated actress never reported those details to police.

Cops eventually calmed Sheen down and took him to a Manhattan hospital for psychiatric observation. He has not been charged with a crime.

Earlier in the evening, the "Major League" star - with his seven-member entourage and Anderson in tow - guzzled more than $11,000 worth of vodka and vintage French wine at exclusive East Side eatery Daniel, according to RadarOnline.

In between swills, Sheen reportedly hit the bathroom to snort coke and tried to seduce Anderson into a quick romp.

But the bombshell brunette turned Sheen down because he still owed her a $12,000 escort fee, the celebrity website reported.

Instead, Anderson left Sheen with his pants down and cocaine on his face, RadarOnline reported.