WITH BLOOMBERG BEING A NO SHOW & MTA PRICES GOING UP WHILE SERVICE IS GOING DOWN! WTF! ADS GETS TURNED DOWN! 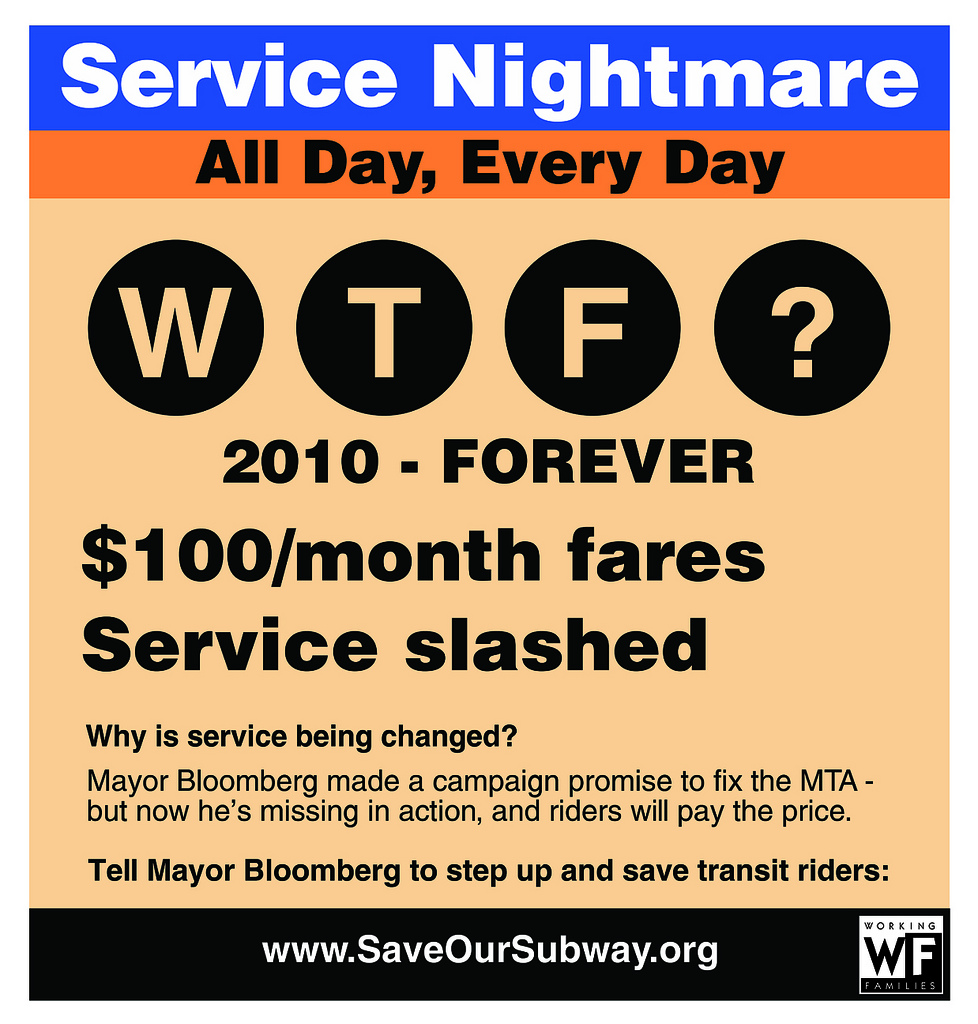 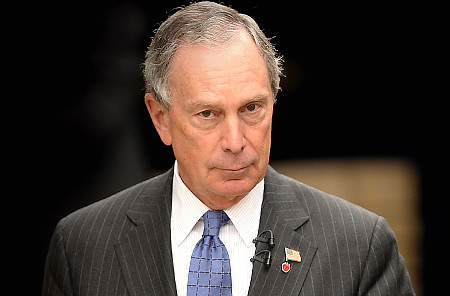 The MTA is not ROTFL at parody signs that use cheeky acronyms to criticize City Hall.

"WTF?" asks one of two posters the Metropolitan Transportation Authority has refused to display on subways and buses.

"OMFG," declares the second of the "Service Nightmare" posters, which mimic official service-change bulletins and were rejected as unsuitable by the MTA.

The campaign was created by the Working Families Party, which contends Mayor Bloomberg has been "missing in action" during the authority's fiscal crisis, leaving riders on track for sweeping reductions in bus and subway service.

But transit officials rejected the spots because the acronyms imply obscene language that many riders may find "offensive, improper or in bad taste," MTA spokesman Kevin Ortiz said.

The ads also look too much like the real thing, using subway-line logos to form the suggestive acronyms, according to the MTA. Some riders might believe they are real authority bulletins, officials said - or that the authority agrees with the political message.

The Working Families Party was looking to spend $25,000 to $50,000 for a four-week run in the transit system, party spokesman Bryan Collinsworth said.

"We were really hoping to put some pressure on the mayor," Collinsworth said. "We think he controls a central piece of the puzzle."

The party is mulling a lawsuit challenging the MTA's decision on the grounds it violates free speech protections.

Bloomberg spokesman Marc LaVorgna said the campaign was simply off track, in part because the mayor speaks out daily about the need for more transit funding.

"Their anger on this issue is misdirected," LaVorgna said. "They should be directing their anger to the state, which has yet to come up with a successful funding source for the MTA. They should be talking to the entity that controls the MTA, which is the state and the state Legislature."

The MTA is battling an approximately $800 million budget gap because of cuts in state funding and declining tax revenues, Chairman Jay Walder has said.

Service cuts, including elimination of dozens of local and express bus routes, go into effect this summer.