LOL! KATY PERRY SAYS RUSSELL BRAND IS A TOTAL BRIDEZILLA ABOUT THEIR WEDDING! BY THE LOOKS OF HIS ZESTYNESS THIS MARRIAGE WONT LAST TOO LONG! 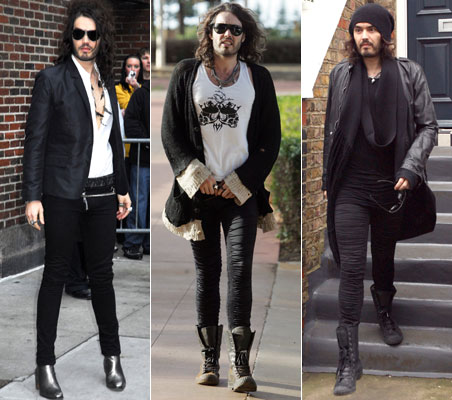 While most grooms opt to take a backseat when it comes to planning their wedding day, Russell Brand has become a bit manic about the preparations.

Every time we go out for breakfast, he's like, 'Can we just stop and get a bride magazine?'"

Perry, 25, currently has her hands full working on a new album, a process which she said has slowed down the wedding preparations. However Brand, 34, doesn't seem to mind taking on the role of wedding planner.

"I have to plan my record first and then I'm going to get my wedding," Perry said. "But I'm really excited about that, too."

Though if the singer had her way, Perry said she they might just elope.

"We just want it to mean something," she told UsMagazine.com about her upcoming nuptials. "It doesn't matter if it's just me and him or if it's a big, fat ordeal."