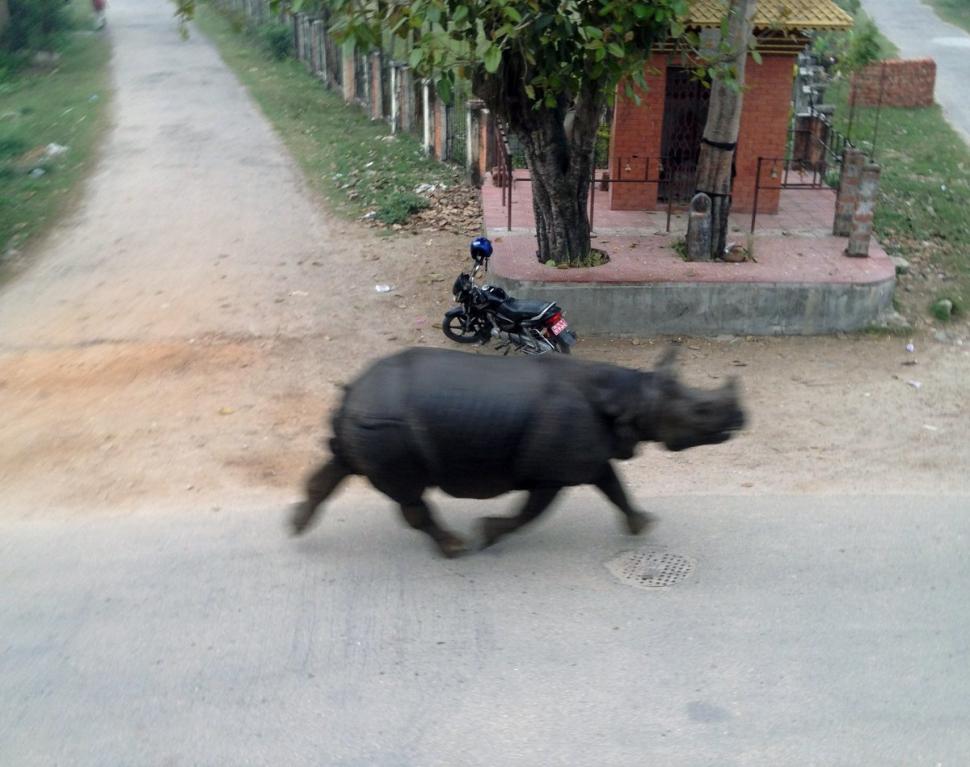 A wild rhinoceros fatally gored a 61-year-old woman and injured others as it fled from a wildlife preserve and rampaged through a city in Nepal.

An online video shows the enormous wild animal chase a motorcyclist in the southern Asian country as other vehicles and people followed it from behind.

Officials reported a chaotic scene as the rhino terrified people while storming through crowded streets near a market and hospital in the city of Hetauda. The people blew car horns and beat drums in a desperate attempt to scare it out of the downtown area.

But the animal kept running from one area to another as teams with tranquilizer darts were called to subdue the animal, government administrator Ram Prasad Thapaliya told The Associated Press.

"The whole town is terrorized by this animal. It even entered the local hospital, forcing terrified people to jump over the fences," Thapaliya said.

Police said the rhino escaped a wildlife reserve and traveled 12 miles to the town, reports the Agence France-Presse.

The animal finally stopped behind a hospital and officials are trying to rescue the animal and take it away from the crowded location, the agency reports.

The woman was gored in the outskirts of the city and others were injured by the rhino.

Certain sh!t you see in different countries, like when two roos was gettin' it in …….