Video: Man Drags Girlfriend By Her Weave With His Car 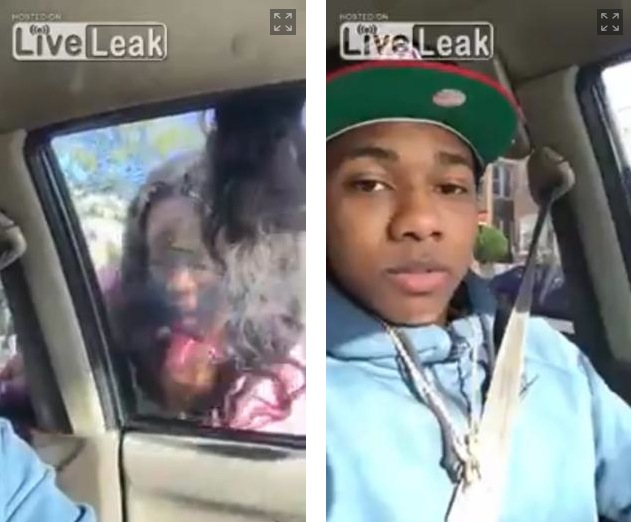 A video showing a cruel young man trapping his girlfriend’s hair in his car window before driving off has gone viral.

The clip shows the unidentified young man deliberately speeding up and dragging the woman along the road in a disturbing assault.

“This is what you do when people wanna act up,” the man says to the camera in the shocking video, which was uploaded to LiveLeak.

“Pull her hair through the window, roll the window up and hit the gas.”

Laughing at his apparent malice, he steps on the accelerator as the distressed young woman bangs on the window and pleads with him to stop. She is seen desperately trying to keep pace with the car, as he continues to laugh at her.

A short time later, he stops the car as she begs with him again to open the window before the 34-second video ends.

The video, which appears to have been taken on a cellphone by the young man, was uploaded on Monday.

Titled “Guy has new way to deal with nagging girlfriend,” the video has had more than 67,000 views.