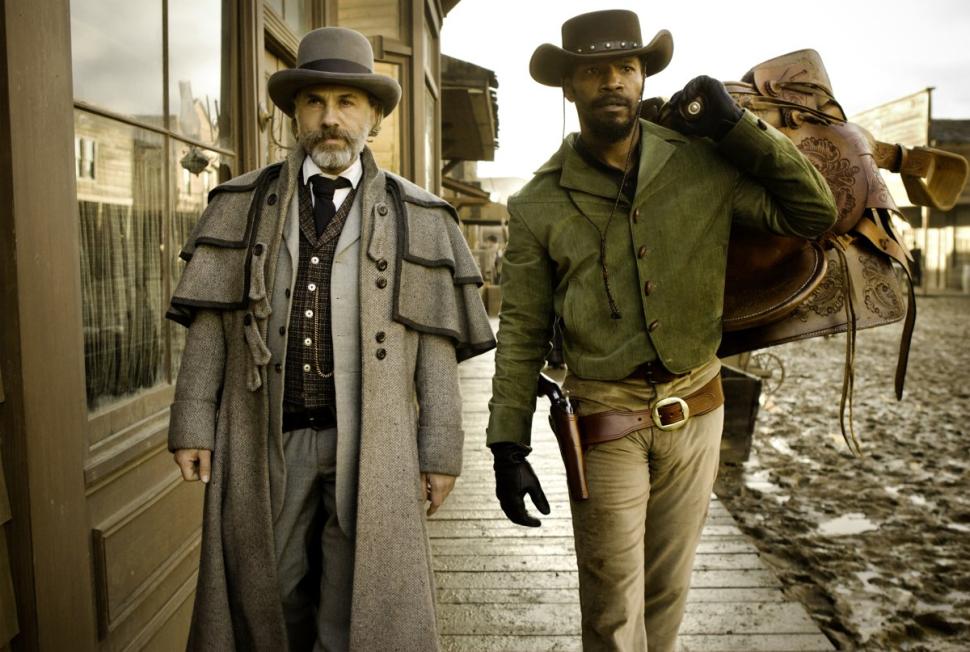 A father-and-son screenwriting team is riding into court, claiming that Quentin Tarantino rustled their idea for his award-winning western, "Django Unchained."

While Tarantino won a screenwriting Oscar for "Django Unchained," the Colvins assert that there are a "plethora" of similarities to a script they wrote and registered with the Writers Guild of America in 2004.

"Defendants would call them coincidences, however, the intentional use of our work is neither an accident nor coincidence," the suit states

"Freedom," according to the Colvins, revolves around an escaped slave named Jackson Freeman who "desired to purchase his family's freedom from a malevolent plantation owner." The character also bears an uncanny resemblance to Django Freeman, played by Jamie Foxx in the movie that was actually made.

Three are other points of contention, including the plot point about "returning to the hellish realm of the South to purchase the freedom of his loved one(s) with the assistance of a Caucasian in the South (that) is the uniquely original beat that links 'Django Unchained' to 'Freedom.'"

In "Django Unchained," Christoph Waltz plays a white dentist-turned-bounty hunter who aids the titular hero in his quest - a role that won the Austrian actor an Academy Award.

The lawsuit -- filed on the same day the Weinstein Co. opened Tarantino's latest western drama, "The Hateful Eight," in select theaters -- is asking for hundreds of millions of dollars in damages.

According to IMDB, the Colvins have written one other movie, "Sister Switch," a family comedy about an 11-year-old nerd who swaps bodies with her older sister, an R&B star.