Video: Brawl Breaks Out At A Graduation In Maryland 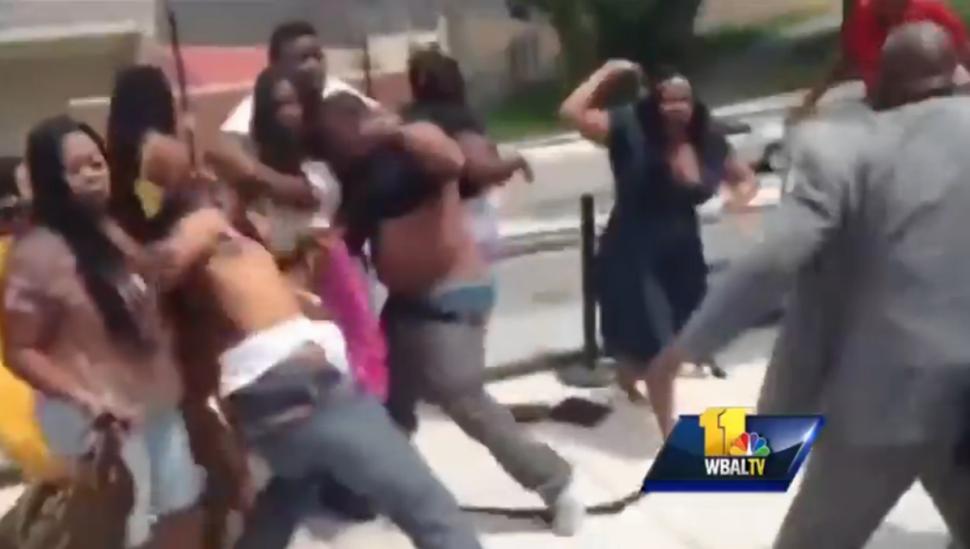 A high school graduation in Maryland is gaining national attention for the immaturity of the adults in attendance rather than the success of the students onstage.

A massive brawl broke out outside Towson University's SECU Center on Tuesday after the Randallstown High School class of 2014 took the stage for their diplomas, according to local media.

Full-grown men and women were exchanging punches while their embarrassed children looked on in graduation gowns.

"It was a display of childish behavior and the fact that it wasn't even students, it was grown people, they should have known better to take away the shine of their child graduating and to have a fight over something stupid at graduation," April Freeman, a student at Randallstown, told WBAL-TV.

The fiasco was shot on camera cellphones and posted to the Internet in a series of Vine posts. Some of the not-so-grown-ups can be seen piling on while others are seen trying to break it up.

The high school's staff and students say they want to put the incident behind them and put the focus back on the school's proud record for scholastic achievements.

"We're not immature people," Freeman told the station. "We actually get work done; we have a 90% graduation rate."