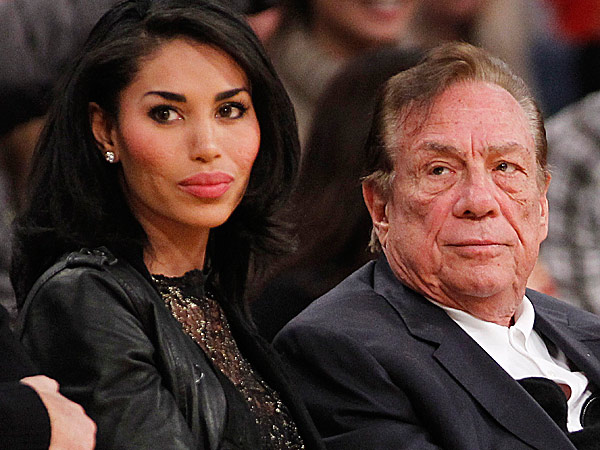 How's this for irony ... V. Stiviano said a bunch of racist stuff about black people -- and TMZ Sports has the footage.

-- "I don't understand black people. You give them a little bit of money, they don't know what to do with it."

-- "[Black people] just act crazy ... they're like, 'Yo, I wanna put extra rims on top of my rims. And my rims are gonna turn around. I'm gonna call them spinners.'"

The footage was shot back in 2011 as part of a reality show pilot about gold diggers -- V. Stiviano was one of the girls selected to appear ... and in the clip, she rambles on and on about finding a mega-rich guy to settle down with.

The irony ... Stiviano eventually did just that -- and yes, she knew she was being recorded at the time.

Birds of a feather flock together! And that's exactly why Donald Sterling was her boyfriend! She only played the black card to blackmail that n!**@! Ain't that a B!TCH!!!

So you wanna play hardball huh? Why you think this tape came out?