The Weeknd New Album "Beauty Behind The Madness" 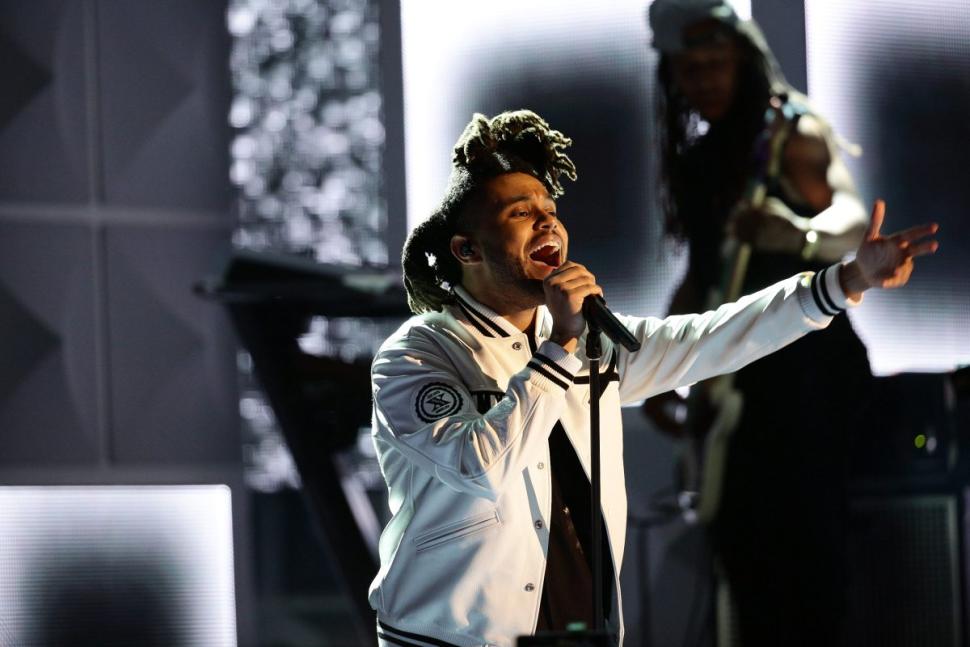 DRUG ADDICTION, sex abuse, threesomes. Do these sound like common subjects for songs by someone hyped as the next King of Pop?

Maybe not. But they might well be perfect topics for a star out to rewrite that role.

True to its title, pitch-black lyrics haunt “The Beauty Behind The Madness,” the new album by Abel Tesfaye, the man known as The Weeknd. The album boasts three pieces that have become some of the most popular and lauded hits of 2015 - “Earn It,” a rapturous ode to S&M (from the “50 Shades of Grey” film); “The Hills,” a confession of sexual compulsion; and “I Can’t Feel My Face,” a No. 1 smash that doubles as a love letter to blow. That string of hits has made “Madness” the most anticipated — and potentially the most controversial — album of the year.

The full “Madness” turns out to be as ambitious as it is frustrating, and as impressive as it is pretentious. Certainl, it’s a more finely honed and inviting piece of work than any previous release from the 25-year-old.

Starting in 2011, this Toronto native began releasing mixed tapes, leading to “Kiss Land,” his 2013 major label debut. The music offered a much-needed overhaul of R&B by mixing the hip-hop/soul melodies of fellow Toronto native Drake with avant-garde sonic effects you’d sooner expect from either British trip-hop or a horror score. Tesfaye drew listeners by delivering every doomed lyric in a wounded croon. He sounded like Michael Jackson at his most morose.

As rare as his mix may have been, the downtempo accent on mood over melody sometimes turned the music into a slog.

This time, Tesfaye brings more beauty to his madness. He elaborates the tunes, magnifies the arrangements, speeds the pace in places and even hires writers as pop-friendly as Max Martin. At the same time, Tesfaye holds true to his character — a man both sexually ravenous and guilt-ridden.

He’s a soul hungry to take love but incapable of giving it. That's' a powerful cliche to play with: the vampire of goth-teen fiction, eroticized both for his danger and his vulnerability.

In “Real Life,” Tesfaye confesses that “this boy wasn’t meant for loving.” In “Tell Your Friends,” he calls love “pointless,” while in “Acquainted” he labels coupling “dangerous,” preferring the friends-with-benefits escape clause.

To underscore the heady drama, Tesfaye employs squawls of arena rock guitars in strategic places, adds vigor to the strings and brings in more sound effects. Together, all this approaches the head music of Pink Floyd, but turned urban.

The sound is more dense and self-conscious than ever, the twin Achilles’ heels of this star. At times, the mix blurs Tesfay’s vocals, preventing them from taking a deserved center stage. He owns an agile falsetto but instead of sounding as vulnerable as he could, the soupy mix can make things seem wobbly.

The Weeknd has guest stars, including Ed Sheeran, who brings a hard blues guitar to “Dark Times.” That’s much more convincing than the role he’s forced to play in the lyrics, as theh world's least likely bad boy. Lana Del Rey, who moans through “Prisoner,” has the opposite problem. She’s typecast as yet another cartoon femme fatale.

Ironically, the most potentially compromised tracks, the three overseen by Martin, provide the album’s peaks. “Shameless” uses an acoustic guitar, and a stronger melody than Tesfaye can manage on his own, to warm the synth-soaked sound. “Into The Night” (the sex abuse song) and “Can’t Feel My Face” (the coke ode) approach the dance-floor brilliance of prime Michael Jackson.

The balance of easy tunes and difficult subject matter isn’t selling anything out. Instead it provides a classic pop contrast between a hit melody and a subversive message. The result highlights the depth The Weeknd can tap — and points him toward the kind of music that truly deserves the pop crown.

It's funny how white folks are now gettin' up on The Weeknd and callin' him the new king of pop and describing his style as R&B/Goth! Wtf is that!? Lmao ….. I f*cks with my n!gga since his mixtapes ……..