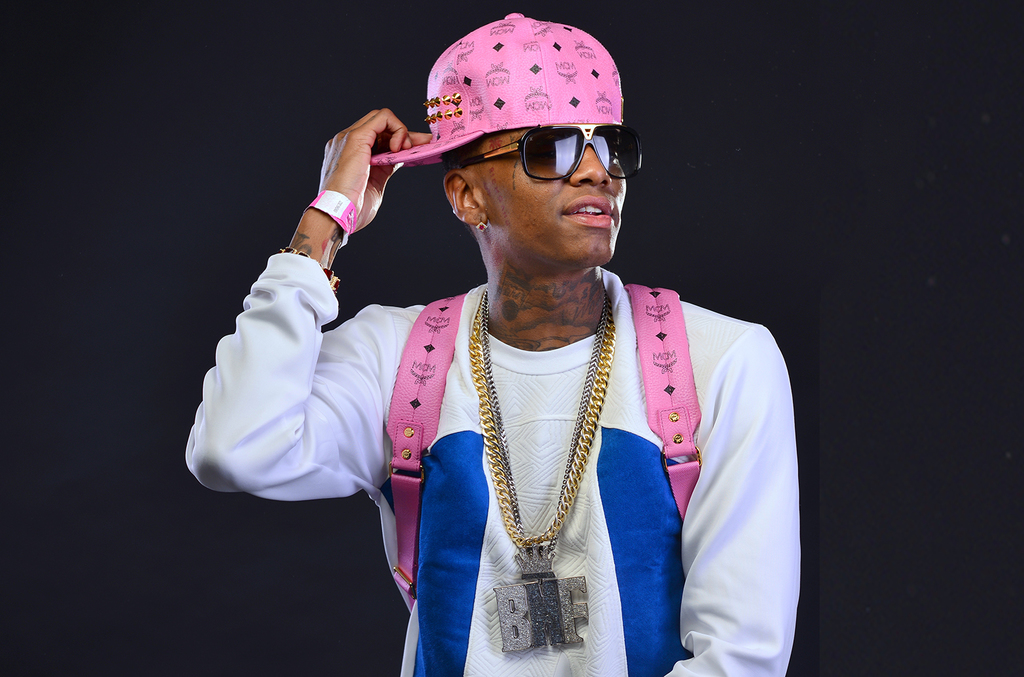 Soulja Boy’s social media presence has gotten him into a bit of legal trouble. The Atlanta rapper is being sued by a man who claims Soulja threatened to shoot and kill him on social media.

The “Crank That” rapper originally took to social media back in August to post a video to his ex-girlfriend Nia Riley and an unidentified man whom he thought was her new boyfriend. “F**k you and f**k Nia Riley,” Soulja said while waving a gun around. “Stop playing before some shooters be outside your house.” But Soulja was a little too quick pounce because it turned out that Nia was not in a relationship and she allegedly had never met the man her ex referenced.

The Ignorant S*t rapper dropped the beef, but the man has now filed a $10,000 lawsuit for the harm Soulja’s threats caused. According to reports at TMZ, the man alleges he hasn’t been able to see his child as a result of the incident because the child’s mother doesn’t feel safe around him anymore. The hefty price tag will allegedly cover the man’s medical expenses as well as his pain and suffering.

Sad to say, this isn’t the first time Soulja Boy has caused a scene on social media. He was recently involved in an awkward war with Lil Yachty over reality star India Love. The rapper frantically took to Instagram and Twitter Saturday (Oct. 29) after Lil Yachty confronted him via text concerning his relationship with Love. Soulja then proceeded to flood everyone’s timeline with images and screenshots of India, claiming he was dating her. But again, Soulja appeared to have jumped the gun because India came forward saying that she was not dating anyone at the moment and that the rapper was a little lost in the sauce. Soulja luckily didn’t threaten to take Lil Yachty’s life, but it might be best if he dials back on those Twitter fingers for a while. 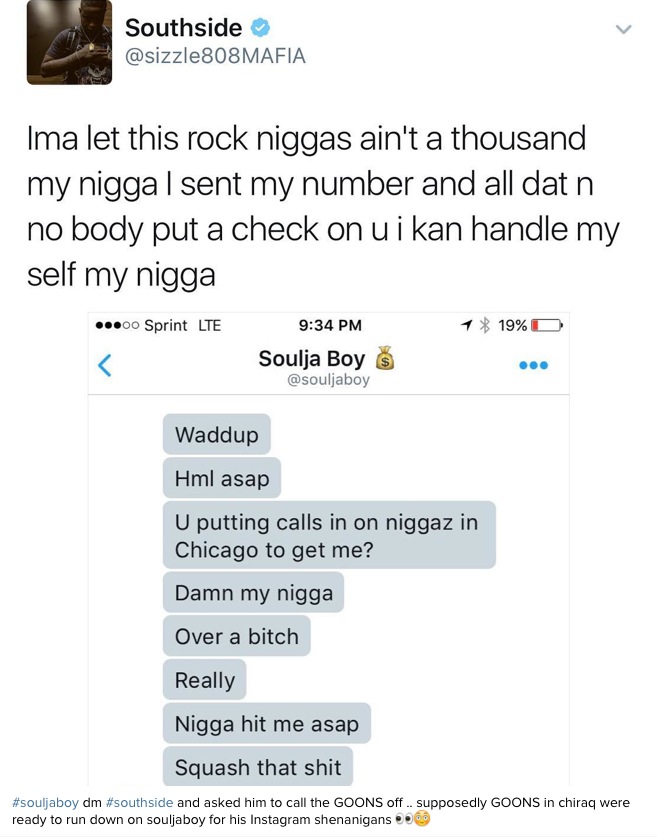 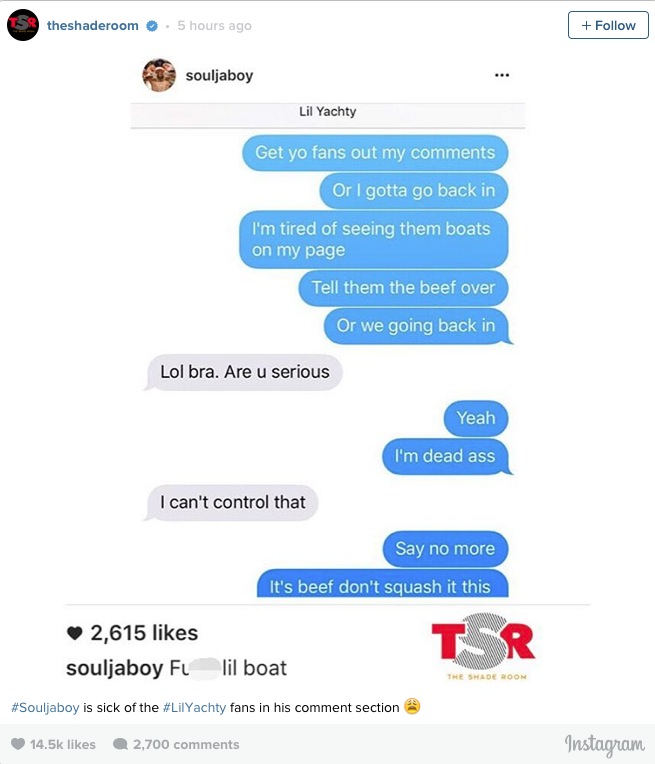