It Takes Five People To Write One Drake Diss 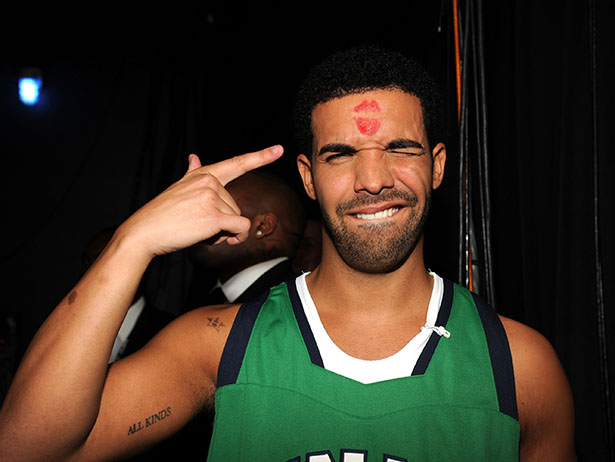 If you haven’t heard (even though you probably have), Toronto entertainer, Drake, announced that he’d be releasing a new project in December called More Life. Along with this announcement, Drake released a few new tracks, some of which will most likely be featured on the new album. Among these tracks was one called “Two Birds One Stone”. On the track, Aubrey takes some jabs at Kid Cudi and Pusha T, who recently dropped the fiery “H.G.T.V. Freestyle”, in which, Pusha took shots at Drake himself: “It’s too far gone when the realest ain’t real, I walk amongst the clouds so your ceilings ain’t real, these niggas Call of Duty cause their killings ain’t real, with a questionable pen so the feelin’ ain’t real,” Pusha is of course referencing the infamous ghost-writing that supposedly takes place with Drake’s music.

This isn’t the first time Pusha has taken issue with the Toronto crooner. A few years ago he released a track called “Exodus 23:1” that also took several shots at Drake’s legitimacy. 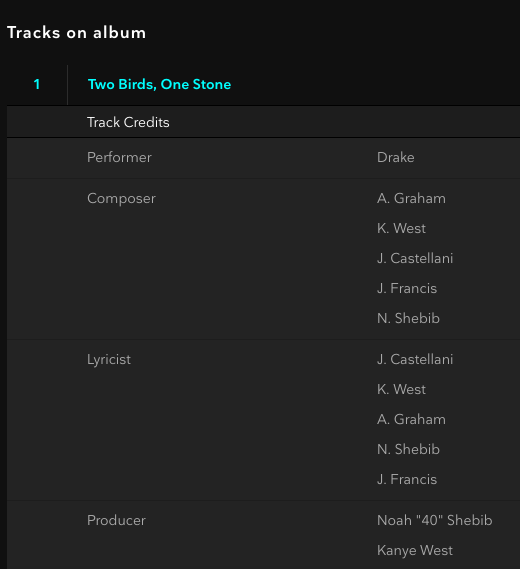 So can you really get credited for writing rhymes that take 5 writer's to compose one song?

Drake takes it a step further with referenced tracks, which is nothing new in the R&B world but what about Hip Hop?

In my opinion he's not a MC, he's more of an entertainer.

What concerns me more than the subject of Drake’s “disses”, is the fact the many people think that attempts such as “Two Birds One Stone” are good enough to be considered quality diss tracks.

Let’s be real for a minute.

Are we really OK with putting tracks like “Back To Back” and “Charged Up” in the same category as tracks like “Ether” and “No Vaseline”? I ask this because I’ve seen many people (including notable music websites/magazines) that have been toying with this very idea. Are you people really that easily impressed? Please pull up a tab on Google of the lyrics to “No Vaseline” and compare them to those on “Back To Back”. See the difference? Because your mind should blown right now on how weak and simple Drake’s “diss” was to Meek Mill on that track compared to the lyrical onslaught that Ice Cube brought forth on “No Vaseline” towards N.W.A.

Drake simply has no place in even attempting to make a diss track.

To end this piece, I would like to direct this conversation towards individuals pondering the idea that a track like “Back To Back” is a top ten diss track of all time. There’s nothing wrong with having an opinion. If you think “Back To Back” is top ten, or even top five, you are welcome to feel that way. However, the only thing I ask of you is to do some research on the history of beef in hip-hop. Listen to some of the tracks mentioned previously, such as “No Vaseline” or “Ether”, and then ask yourself: “Does Drake really have bars like that?” If you’re a Drake fan who argues that he “makes hits” and “isn’t trying to be lyrical”, and then try to tell me that Drake has bars in “Back To Back”, you are a f*cking hypocrite.