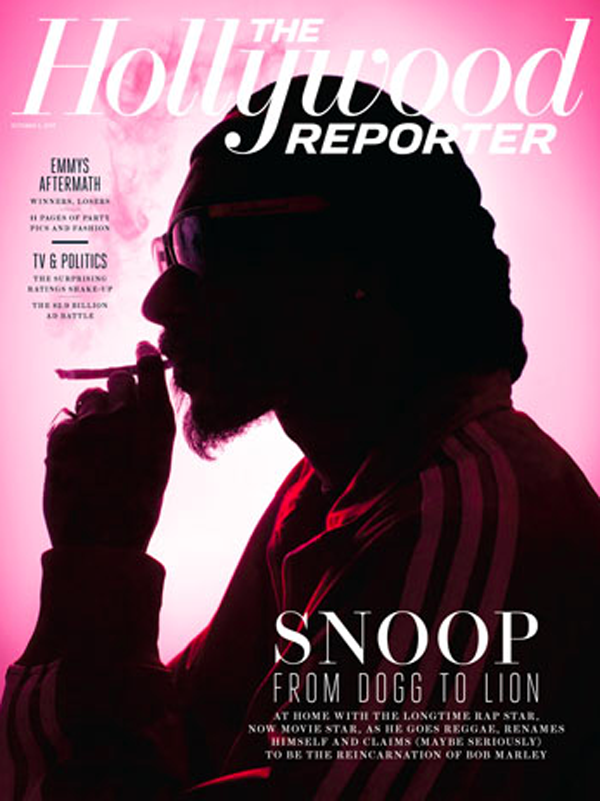 Everyone has a different style of parenting, and according to Snoop Dogg Lion, his way is better. He’s on the cover of and featured in The Hollywood Reporter where he discusses smoking with son Corde.

The family that smokes together stays together? So it would seem in the house of Snoop Dogg, where the hip-hop legend not only tokes with his eldest son Corde (nicknamed Spank), he’s helping the 18-year-old launch a career as Spanky Danky, whose songs have such titles as “Rollin, Rollin, Rollin … Stoned,” “California Gs” and “Commemoration of Vaporization.”

“What better way to [learn] than from the master?,” Snoop tells The Hollywood Reporter in a new cover story. He’s referring specifically to photos posted on Twitter showing son lighting father’s 2-foot-bong. Before Spank pressed send, Snoop didn’t flinch. “My kids can do whatever the hell they want,” he explains of his parenting philosophy. “For me to say otherwise would be hypocritical. A lot of motherf–ers don’t have a relationship with their kids, and that’s when they get on drugs and have suicidal thoughts and drive drunk. Me and my son is mellow. I’m his father, so I wanna show him the proper way because he looks up to me.”

For the record, Snoop, a California resident, is a proud holder of what he calls “a platinum medical maryjane card,” though to be sure, most of his green is gifted. Still, he hopes to see the drug fully — and federally — legalized in his lifetime. What would America look like then? “There would be less high-speed chases, less robberies, less crime,” he says. “Go to Amsterdam or the Netherlands where it is legal and you see that the crime rate is nonexistent, the murk rate is probably under 10 percent, people learn to get along! There are people riding on bicycles being happy and it’s because of the environment that’s provided by the legalization of chronic.” 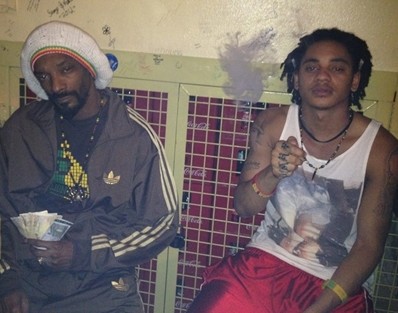