SMH! 4 PEOPLE SHOT AT A GEORGE CLINTON "UNITY IN THE PARK" FESTIVAL 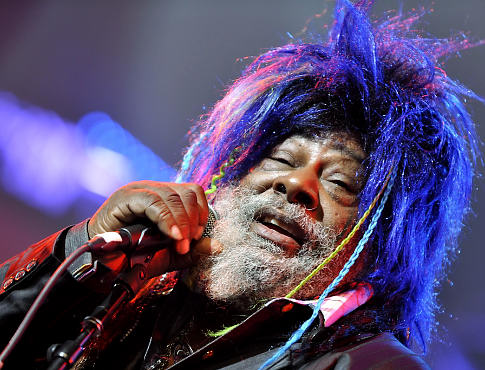 Shots shattered a night of funk and fun during an outdoor concert Sunday night in Cleveland featuring music legend George Clinton, police said.
Four people - three males and one female - were left with bullet wounds after a fight led to a gunman firing off a handgun, but no arrests have been made, authorities said.

"It was a large fight. Somebody in the crowd produced a handgun and fired several times," Police Sgt. Sammy Morris told The Associated Press.

Initial reports indicated one of the shooting victims had died, but police say that was incorrect.

The fighting began just before 10 p.m. at an intersection near Luke Easter Park, the venue for the day's festival and concert, police said.

All four of the victims were taken to Cleveland's MetroHealth Medical Center. A MetroHealth nurse supervisor contacted by AP said the hospital had no further medical updates early Sunday.

It was not immediately clear how many people were involved in the fighting nor what prompted it, Morris said.

Thousands of people reportedly were in attendend for the eighth annual "Unity in the Park" festival, a free, day-long music event, which featured George Clinton & Parliament Funkadelic as the headline act.