SCOTT STORCH BROKE? WASENT HE JUST THE KING OF HORSEPOWER? 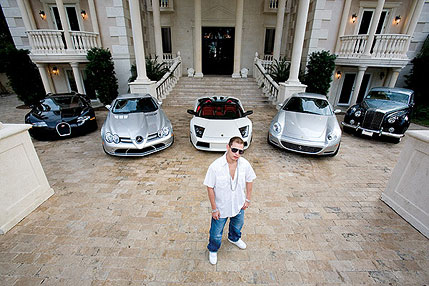 Welcome to Chapter 13 in the Scott Storch-is-broke-again saga -- today we've learned how the once-loaded music producer now has more debt than he has dollars.

To put this in perspective, dude's net worth was reportedly $70 million in 2006.

Storch had produced music for Britney Spears, Christina Aguilera and Chris Brown. Now he has more in common with Suge Knight.