After revealing that he is investing a large portion of his own money into the new Wu album, RZA says he’s expecting to lose $500,000 off of the album.

“Everything,” RZA says of what he’s paying for out of his own pocket. “And I won’t recoup. I’m already overbudget. Maybe I’ll net out a half-million-dollar loss.

“I invested in the album,” he continues. “Look, if I never did anything again in music, it wouldn’t affect my life materially. I live a very satisfying life. Not because I’ve made a few dollars, but because I have a wife who loves me and children who wait for me to come home. > RZA Expects To Lose $500,000 On Wu-Tang Clan's New Album "A Better Tomorrow" - Photo posted in The Hip-Hop Spot | Sign in and leave a comment below! And that is beautiful. I think that’s the American dream: to be at peace at home.”
Later in the conversation, RZA spoke on the Wu’s prestigious single copy album The Wu – Once Upon A Time In Shaolin, and how they came to the $5 million reported price tag. “When we made the announcement, emails came in,” RZA explains. “People just started — ‘Yo, I want it.’ My boy from London, 1.2. The biggest offer that came in was, ‘Yo, five million.’ Whoever pays five million for this, I don’t know what they’re going to do with it. There’s potential to make much more, but I don’t think it’s a commercial thing… I think this is an art thing. You don’t buy the Mona Lisa to sell it.”
In an interview released earlier this year, RZA spoke about the $5 million price tag.

"So far, $5 million is the biggest number," RZA says. "I don't know how to measure it, but it gives us an idea that what we're doing is being understood by some. And there are some good peers of mine also, who are very high-ranking in the film business and the music business, sending me a lot of good will. It's been real positive.”
Wu-Tang Clan’s A Better Tomorrow is scheduled for release on December 2. 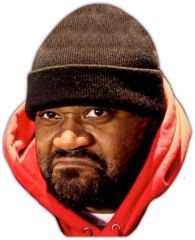