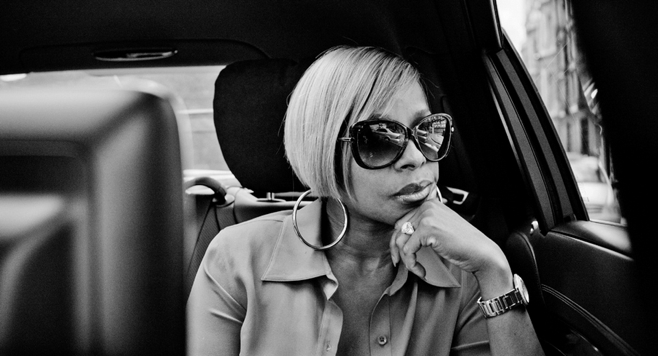 Small wonder Mary J. Blige moved to London earlier this year to immerse herself in the U.K.’s interpretation of the music she lives and breathes. It didn’t hurt that a remix of a song by her, “F For You” (overseen by the Brit garage-house duo Disclosure) went Top 10 in the U.K. earlier this year.

For “The London Sessions,” Blige worked with a host of Brit soul-lovers, including Disclosure and Sam Smith. They gave her a new sound. Or, rather, two of them.

Roughly half of the album goes for Smith’s raw balladry. The other half soars Blige’s vocals over a dance beat that clearly recalls American house music of the 1990s — another style the Brits fetishize.

Dance music’s connection to soul may have brought Blige to the U.K., but the ballads end up more revelatory. Those tracks showcase Blige’s voice in a wholly new way. Never has she sounded this clear and close. In “Therapy,” co-written with Smith, and “Doubt,” she channels her gospel side. The lyrics in the later idealize her triumph-over-adversity persona. Consider it soul’s answer to Elaine Stritch’s signature belt, “I’m Still Here.”

The dance songs don’t have nearly as much uniqueness or specificity. They’re generic house songs, sounding like lesser versions of a ’90s CeCe Peniston hit. They’re dance ditties any diva could scream.

By contrast, exhilarating ballads like “Whole Damn Year” make the most of Blige’s queen-of-pain character. They take her classic instrument and clarify it.