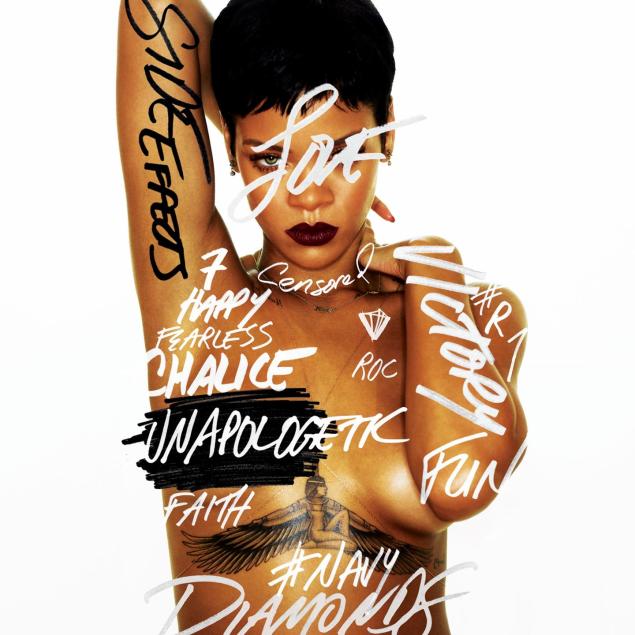 R&B singer Rihanna shot straight to the top of the Billboard 200 album chart on Tuesday with her seventh record "Unapologetic," scoring her first No. 1 album despite mixed reviews.

"Unapologetic," which topped iTunes charts in 43 countries just hours after its release on November 19, sold 238,000 copies according to Billboard, scoring the 24-year-old singer from Barbados her best opening sales week to date.

The album's lead single "Diamonds" landed at the top of the Billboard Hot 100 chart last week, giving Rihanna her 12th No. 1 single and tying her with Madonna and The Supremes for the fourth-most chart-topping singles in Billboard history.

"Unapologetic" left some critics unsettled by the singer's harder sound and close-to-home lyrics. One track in particular that had everyone talking is "Nobody's Business," Rihanna's collaboration with ex-boyfriend Chris Brown, who was charged with assaulting her three years ago.

The album has been promoted extensively by Rihanna, who embarked on a seven day tour across seven cities around the world, accompanied by a plane full of fans and journalists.

The full Billboard charts will be released on Wednesday.

Can we give it up to Rihanna's titties