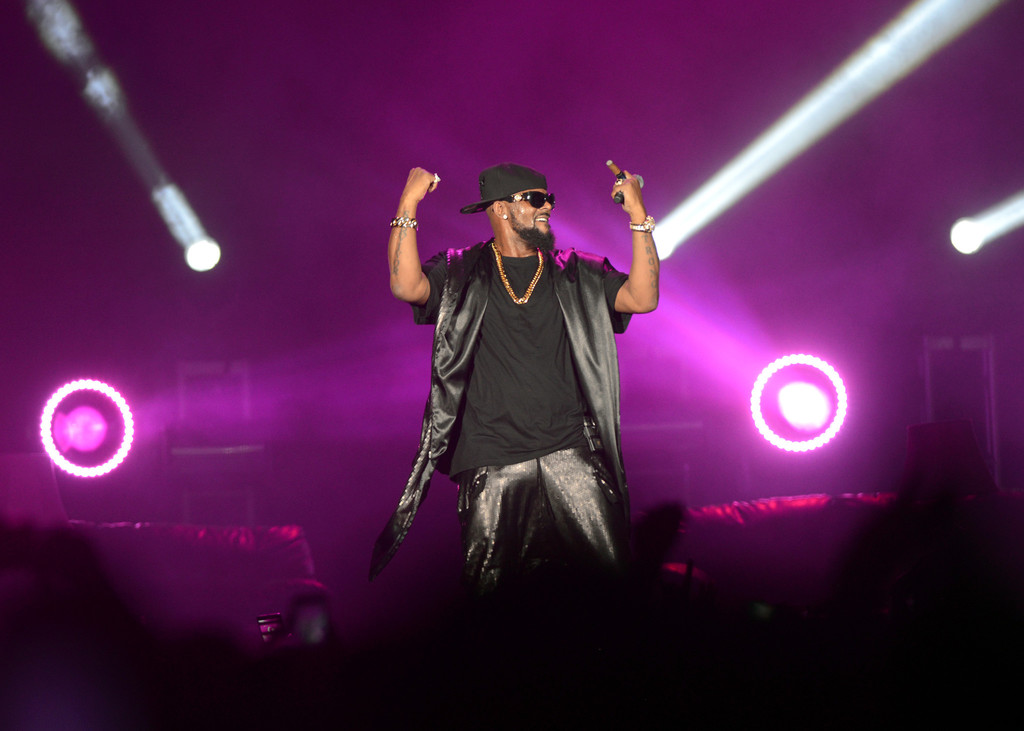 Thanks for the mammaries, R. Kelly.

The “Bump & Grind” singer canceled a string of tour dates last week after a BuzzFeed story alleged he had assembled a “sex cult” in his homes outside Atlanta and Chicago. And sources close to the singer told Confidenti@l that among the things some of Kelly’s alleged roommates have in common are new breasts.

“I don’t know why and I don’t understand it,” according to Confidenti@l, who says that Kelly made implants available to the women.

An insider with ties to the singer said that when Kelly performs Friday at the Soaring Eagle Casino and Resort in Michigan on Friday, his gal pals will likely be there. At past shows, they’ve hidden in plain sight backstage, not looking the part of groupies. We’re told the women typically blend into the crowd, wearing sweatpants, baggy clothes and baseball caps.

Kelly staffers have taken to calling the singer “R. Belly” behind his back because he’s been putting on weight.

Among Kelly’s entourage at his concerts, is 22-year-old Jocelyn Savage, who reacted last week to her family’s claims that she was being held against her will.

“I am totally fine, I’m happy where I'm at,” she told TMZ, declining to say where she’s living. She also denied that Kelly’s holding her against her will, which BuzzFeed said in its July 17 bombshell report. The story also claimed the singer has been “dictating what they eat, how they dress, when they bathe, when they sleep, and how they engage in sexual encounters that he records.”

The singer has denied the report of a “cult” and insists he is not holding anyone against their will.