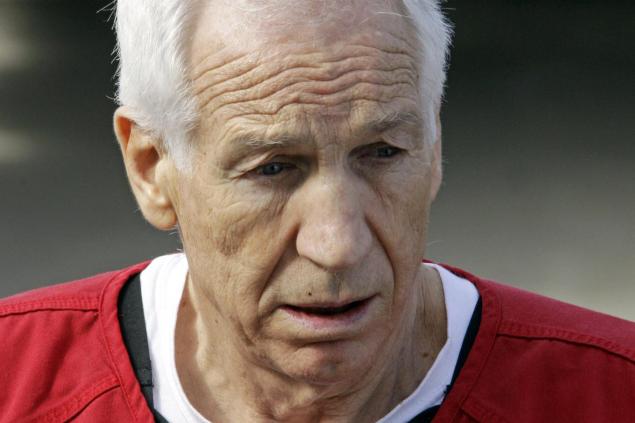 Twenty-three of Sandusky’s victims have already signed agreements and three others have agreed to deals and will formalize the settlements within the next few weeks, the university said in a press statement.

“We hope this is another step forward in the healing process for those hurt by Mr. Sandusky, and another step forward for Penn State,” said University President Rodney Erickson. “We cannot undo what has been done, but we can and must do everything possible to learn from this and ensure it never happens again at Penn State.”

Six other men who say they were assaulted by Sandusky have also filed claims with the university. Penn State officials are engaged in settlement negotiations with some of those parties; the university has said that some of the outstanding claims lack merit.

Penn State officials said that the sex-abuse settlements will be paid through various liability insurance policies. “The settlement amounts will not be funded by student tuition, taxpayer funds or donations,” the statement said.

“The university maintains various liability insurance policies, which the University believes cover the settlements and defense of claims brought against Penn State and its officers, employees and trustees

Attorney Ben Andreozzi, who represented several men who had reached settlements with Penn State, told The Associated Press that his clients were content with their agreements.

“They felt that the university treated them fairly with the economic and noneconomic terms of the settlement,” said Andreozzi, who represents several additional clients whose claims have not yet been presented to Penn State.

Sandusky, Penn State icon Joe Paterno’s longtime defensive coordinator, was convicted in June 2012 of 45 criminal counts and sentenced to 30-to-60 years in prison.

Sandusky was convicted of abusing 10 boys, with many of the assaults taking place at Penn State athletic department facilities. Sandusky did not testify at his trial but has long asserted his innocence. He has acknowledged he showered with boys but insisted he never molested them.

The abuse scandal rocked Penn State and led to Paterno’s termination. The scandal prompted the NCAA to hit the university with unprecedented sanctions.