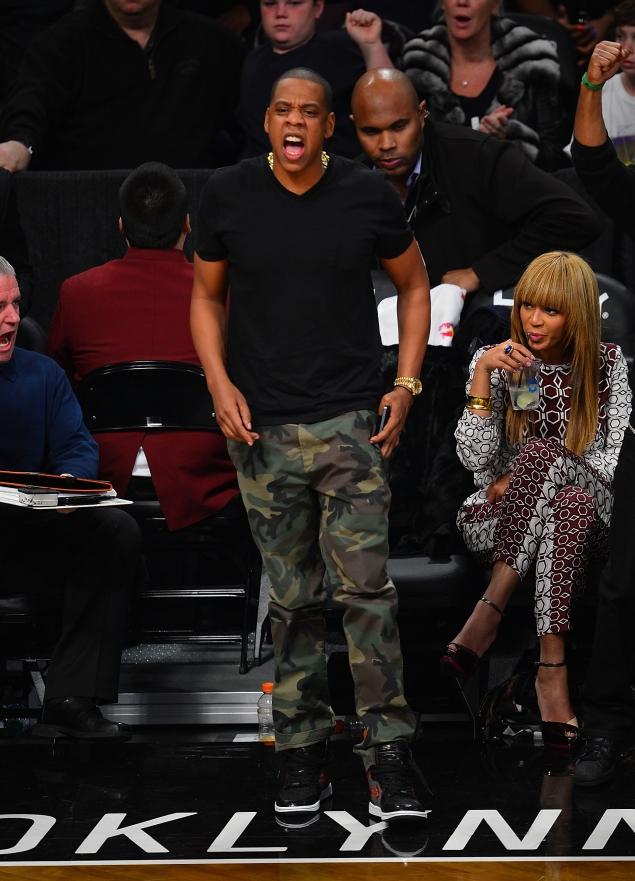 Jay Z says he is “waiting on the facts” before he decides whether to scrap his partnership with Barneys New York — but the Brooklyn-raised rapper has never shied away from making bold statements on race and other social issues.

In July, the rapper born Shawn Carter and his singer wife, Beyoncé, made the front page of the Daily News as they supported the mother of slain Florida teenager Trayvon Martin at a massive rally in Manhattan against racial profiling.

It was the latest in a series of stands by the music mogul.

In 2006, Jay Z led a boycott against Cristal Champagne after an official at the French company made “racist” remarks about hip hop.

“I view his comments as racist and will no longer support any of his products through any of my various brands including the 40/40 Club nor in my personal life,” the superstar artist said at the time.

In 2009, the Tribeca resident rhymed about race while defending President Barack Obama against “the racist mind.”

Jay Z weighed in on prejudice again last year while endorsing marriage equality. “It’s no different than discrimination against blacks,” he said.

In July, he railed against the acquittal of George Zimmerman, who killed Martin.

“It was wrong,” the rapper said. “I didn’t sleep for two days. I was really angry about it.”

Now many people want him to get just as angry on behalf of shoppers such as Kayla Phillips who claim they were racially profiled by Barneys.

“Kayla has always believed that Jay Z will do the right thing,” said Kareem Vessup, the lawyer for Phillips, 21, a Brooklyn nursing student who claimed she was harassed by cops after buying a $2,500 handbag. “Part of that is because of his track record.”

Jay Z says he wants to act on facts, not on his emotions. But the Brooklyn man who started an online petition demanding that Jay Z dump Barneys said the rapper needs to listen to his heart. The petition has racked up more than 15,000 signatures.

“He has to be consistent,” said Derick Bowers, 28.

“He has a fan base expecting him to make the right decision.”