LUPE FIASCO GOES IN ON "UPPITY BLACK NI**AS" & DEFENDS HIS RIGHT TO NOT VOTE! 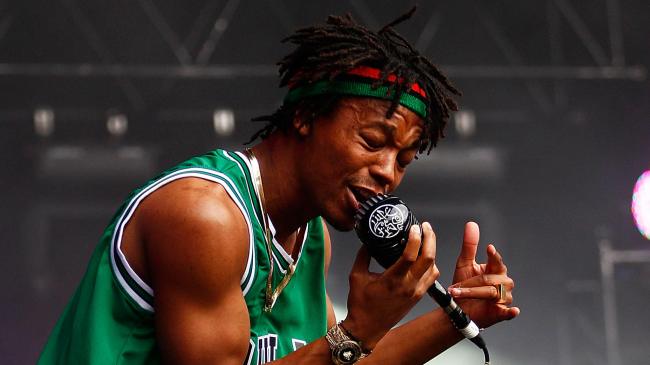 Lupe Fiasco stays solidifying his reputation as Hip-Hop's most polarizing artist. Recently, D.L. Hughley rehashed the criticism of the Chicago rapper's decision not to vote in government in elections, going as far as saying he was "dumb." Taking to Twitter, last night Lupe, while making sure to mention his new album, Food & Liquor 2: The Great American Rap Album, Pt. 1, drops September 25th.

Just lettin you “Lupe Dumb Cuz He Don't Vote” crowd know that if y'all don't #LeeMeAlone my ni--as #YallGoneGetThisWork. Yo @rolandsmartin obama ain't gone lose cuz of me and my raps dawg…Now I'm begging you bruh bruh. Sick of u uppity black ni--as hiding behind your political correctness…MLK JR would be ashamed of yall…we still dying in these streets.. Wasting away in these prisons and trapped in mental slavery and all you ni--as can come up with is VOTE your way out?!?

Ni--a what about the 4 yrs in between? DL hughley righteous @ss still ain't hollered about dropping that bread…u ni--as is the worse. I got slave blood in these veins ni--a this system you want us to participate in at 1point until very recently didn't recognize my humanity. Let me heal from the wounds of 400 years of institutionalized agony and destruction first…then maybe I'll think about voting… For a system and a government that k!lls and steals all over the f-cking world with impunity and heartlessness for sake of what??? Not even in the name of GOD, in the name of corporate profit!! i aint voting 4 dat !!. U can unfollow if u want but #YallGoneGetThisWork

But America aint tryin' to hear that sh!t