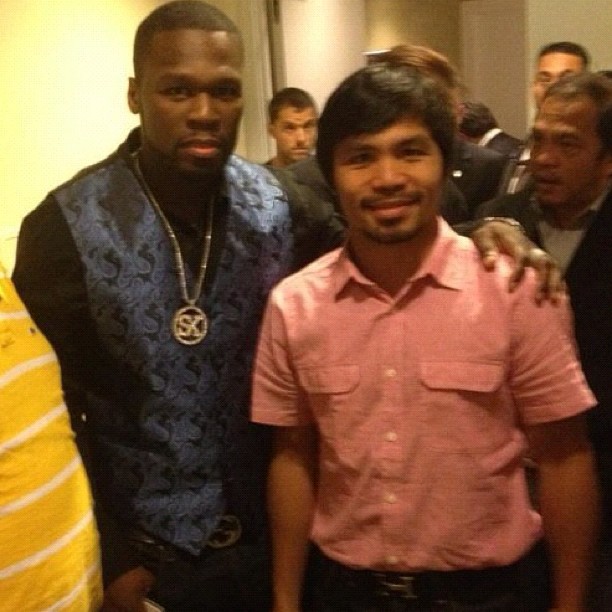 It's been a long, often-delayed road to its release, but now, fans will finally get the chance to hear 50 Cent's long awaited Street King Immortal this November 13. Now, in a recent interview with 102.5 KDON, the Queens emcee reveals some features he's lined up for fifth studio LP.

In addition to Alicia Keys and Dr. Dre, who appeared on his single "New Day," Fif revealed that that he's enlisted the likes of Eminem, Chris Brown, Trey Songz and Ne-Yo for the impending project. He said that in the past, he's shied away from out-of-house guest features, but this time around, he wanted to approach it differently.

"People can expect me, Em, I did a song with Chris Brown on the record, Trey Songz, I did something with Ne-Yo," he revealed. "In the process [of making Street King Immortal], I recorded with half a music culture. I've worked with everybody. In the past, I hadn't reached out to artists and worked with them as much; Get Rich Or Die Tryin' didn't have anyone [on it] that wasn't in-house…I can't wait; I'm looking forward to releasing more material from this actual album. I'ma release another song in like three weeks."