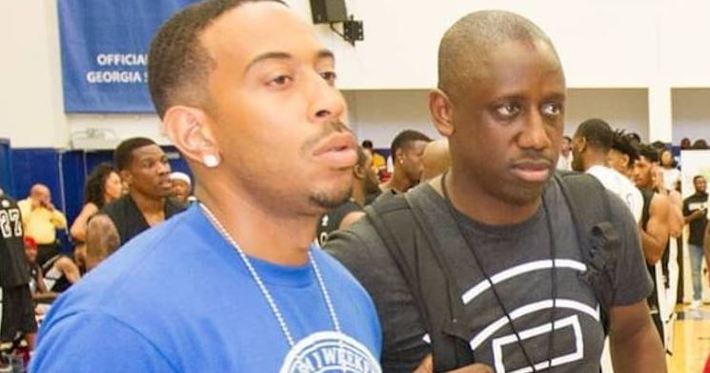 Ludacris' Manager Chaka Zulu has been arrested for murder in connection with the fatal shooting of a man outside his restaurant but new video from the incident shows Zulu getting beaten by a group of men before he fired giving way to a self-defense argument. surveillance footage recorded June 26 outside Zulu's Atlanta restaurant Apt4B. A group of men, including Artez Benton who was killed in the melee arrive to Apt4B, park in the valet area and make their way inside. 10 minutes later, the men leave the restaurant after some sort of dispute. Zulu, who was previously in the parking lot speaking to a friend, starts making his way back toward the restaurant when he gets into a heated exchange with Tre'mon Robinson, one of the guys who was told to leave the restaurant. During the argument, a man named Corey Crawford is seen retrieving something out of a vehicle. A source directly connected to the case tells us Zulu's legal team believes Crawford was getting a gun. Robinson motions to his friends to come over and then appears to chest bump Zulu and that's when all hell breaks loose. Chaka grabs Robinson, but Crawford and Benton jump in and they all begin pummeling Chaka. At one point, Chaka's female assistant (in the orange shirt) attempts to help Chaka, but Robinson punches her in the face knocking her to the ground. Crawford ducks for cover behind two vehicles, and that's when shots ring out. It appears Chaka is the first to fire, striking Benton a plume of smoke is visible from Chaka's gun. Another plume of smoke appears to emanate from Crawford's gun. It appears he fired several shots and one hits Chaka in the back. Benton was hit in the chest you see him crawl away. He later died from his injuries.