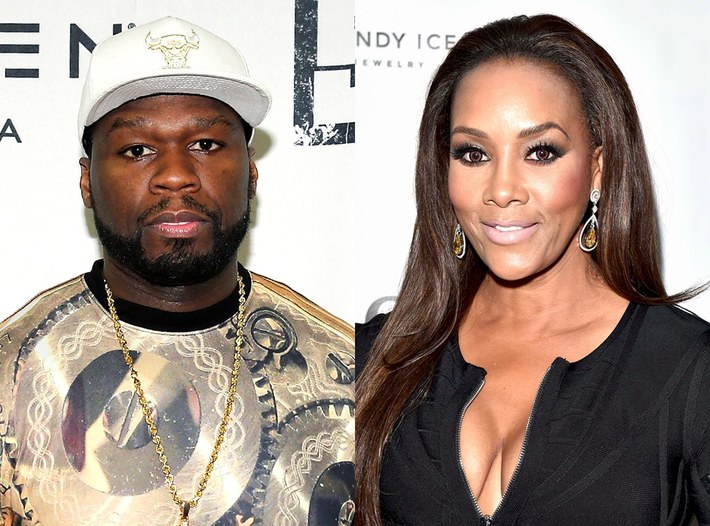 50 Cent’s Ex-GF Vivica A. Fox has addressed claims the legend had a penis enlargement. Speaking to Claudia Jordan for the Cocktails With Queens podcast, the seasoned actress didn’t hesitate to call Angela Kogan, owner of Perfection Plastic Surgery & Med Spas and the woman behind the rumor, a liar. Angela, you lying,” she said with a smirk. “That’s all I’m going to say. If that’s the one thing I know that’s true, he didn’t have to get no enhancement. He’s good! Listen, the one time, I’m with him on that one. I’m with him when he’s right on that one. No. It’s all good. The lawsuit was filed on Friday (September 16) in federal court with attorneys for 50 claiming he’d “graciously agreed” to take the photo with the “unscrupulous business owner” and later learned she’d used it to promote her Miami-based plastic surgery practice multiple times. They added Kogan’s use of the image took a “disturbing turn” last month when she allegedly engineered an article on The Shade Room that “shockingly” made the “false insinuation” that the Queens, New York rapper (real name Curtis Jackson) was one of her patients. Jackson never had such a sexual enhancement procedure, he has never received plastic surgery from defendants, and he never consented to the commercialization and publication of the Photo,” his lawyers wrote