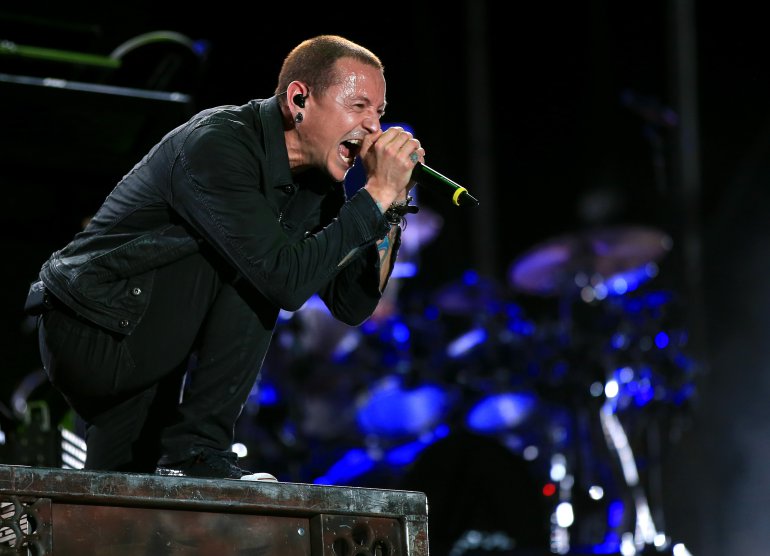 “We are incredibly saddened to hear about the passing of Chester Bennington. The Linkin Park One More Light North American Tour has been canceled and refunds are available at point of purchase. Our thoughts go out to all those affected,” tour promoter Live Nation said in a statement.

Winter says a half-empty bottle of alcohol was found in the room, but no drugs were evident. Bennington struggled with drug and alcohol addictions at various times during his life.

A suicide note was not found.

An autopsy has not yet been scheduled.

Bennington was one of two lead vocalists for Linkin Park, which became one of the most commercially successful acts of the 2000s. They won countless awards, including Grammys, and their hits include “In the End,” ”What I’ve Done” and “Numb.”