West’s mother, Donda, died in November 2007 from complications after undergoing plastic surgery performed by Adams. She was 58.

“This is my album cover,” West told someone named Wes in a text-message conversation he shared on Twitter. “This is plastic surgeon Jan Adams. The person who performed my mom’s final surgery.” 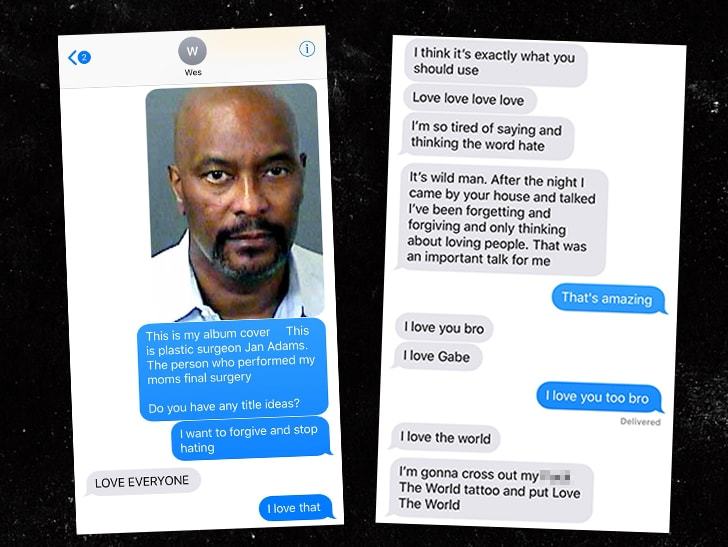 West says his choice comes from an unique place adding, “I want to forgive and stop hating.” He adds the album will be called “Love Everyone.”

He told TMZ in a statement, “It’s essential that people start removing hate from their heart.” The father of three says he’s even willing to meet with Adams.

Kim Kardashian‘s outspoken husband has been on a crusade to change the way people interact with each other. He tweeted out a challenge to his nearly 28 million followers.

“Pick someone that you had an argument with that you think you hate maybe even someone you haven’t spoken to in years and contact that person and tell them I love you,” he tasked.