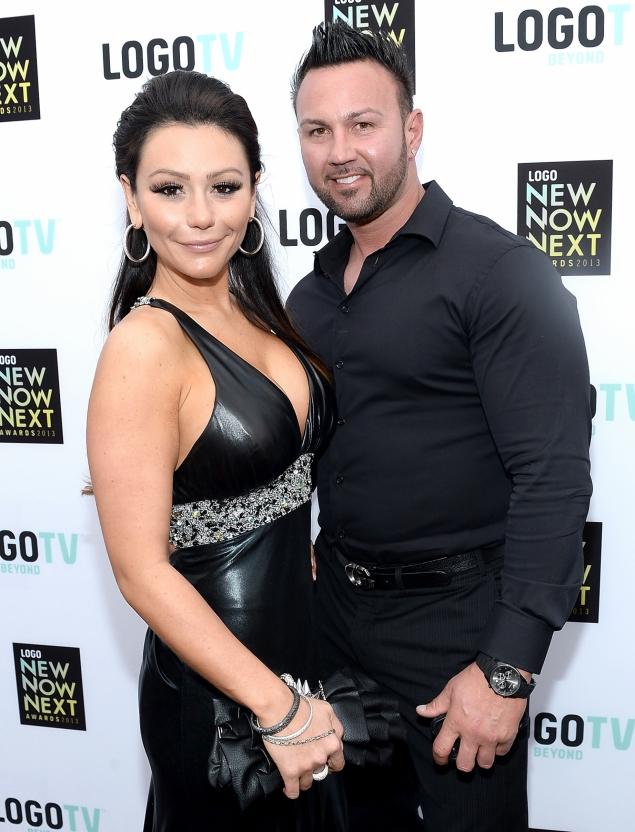 The population of the Jersey Shore is set to grow by one.

Giving her friends, family and fans a holiday gift, Farley, 27, broke the news with a Christmas card featuring a sonogram picture that she posted on her website.

"We couldn't have wished for a better gift this Christmas! Happy Holidays from our growing family to yours! Love, Jenni, Roger and arriving July, 2014 Baby Mathews," the card reads.

The star of "Jersey Shore" and "Snooki & JWOWW" immediately turned to her on- and off-screen best friend for advice, posting a back-and forth text exchange with Nicole (Snooki) Polizzi.

Polizzi has her own one-and-a-half year old son, Lorenzo, and is enough of an authority on pregnancy that she released an instructional book titled "Baby Bumps."

There's a whole "Jersey Shore: The Next Generation" cast in the making now as Pauly D" also recently became a baby daddy — his daughter Amabella was born two months ago after a one-night stand in Las Vegas, TMZ first reported.

Farley and the 37-year-old Mathews got engaged in September 2012.

"Merry Christmas from within!" JWoww wrote in a letter to fans on her website that accompanied the card. 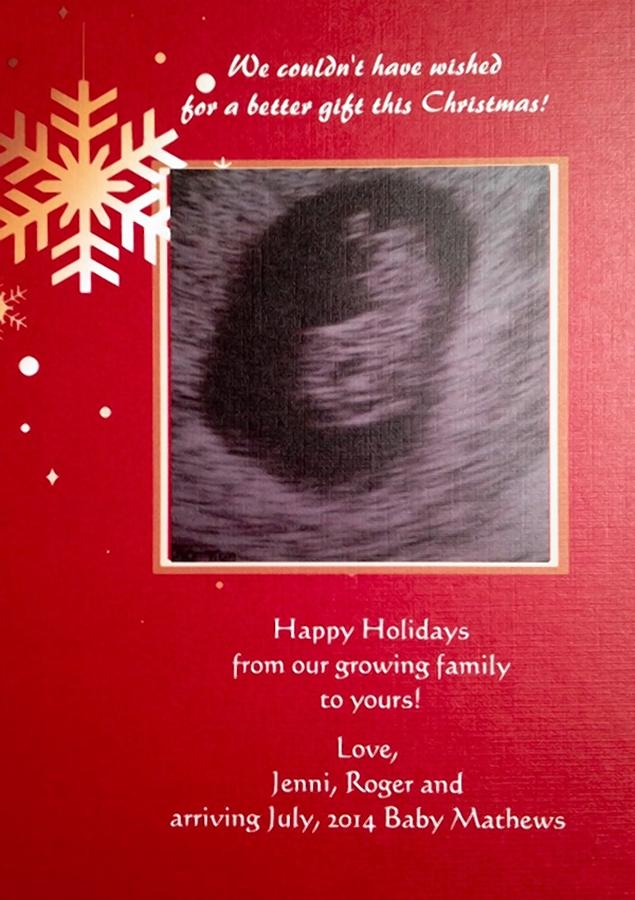 "Roger and I couldn't have asked for a better Christmas gift this year! We wanted to share this exciting news with you all first because you have been a part of our lives these past few years and seen the love between Roger and I develop and blossom."