Zoe Saldana Wants To Buy Some Titties Before She Dies 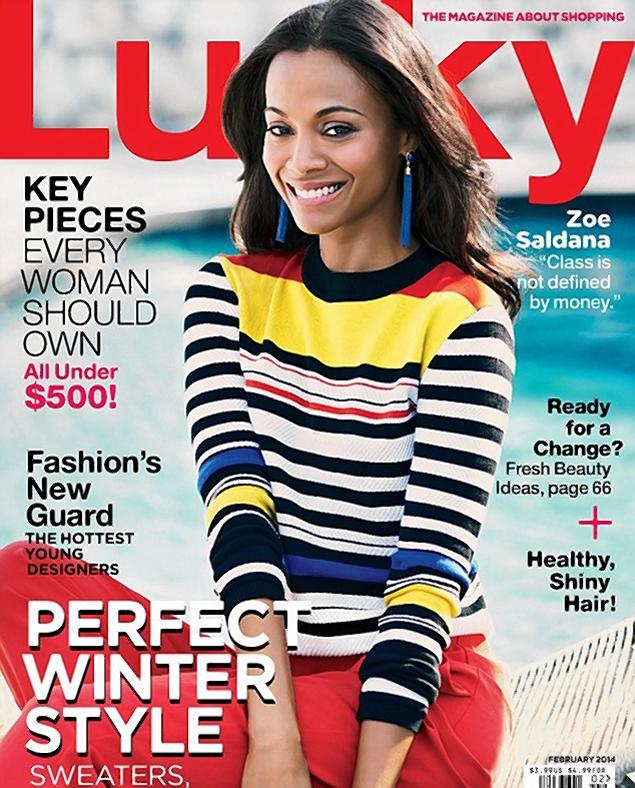 "Out of the Furnace" star Zoe Saldana had something to get off her chest.

The slender 35-year-old actress told Lucky Magazine that would consider getting breast implants at some point in her life.

"You always want what you don't have," Saldana told the magazine for its February issue, which goes on sale Jan. 1. "My whole life I've been obsessed with breasts. I love them. I don't like fake things, but I wouldn't mind buying myself a pair before I die."

But that doesn't mean that the Queens-raised beauty suffers from an unhealthy body image.

She is, after all, an athletic action star who earned her lumps on movies like "Star Trek Into Darkness" and Marvel's upcoming "Guardians of the Galaxy."

The half-Puerto Rican, half-Dominican former dancer told the Daily News earlier this year that, "I'm a woman and I love being a woman."

Probably almost as much as new husband, Italian artist Marco Perego, loves her being a woman.

"When I hear men say, 'I don't want droopy breasts, I think, I'm sorry, you're not really a man," she told Lucky, according to JustJared.com, which obtained an early copy. "A man likes a woman as she is. You know when you meet a real man from the way he talks about a woman. You just go, 'Wow, you're a man.'"