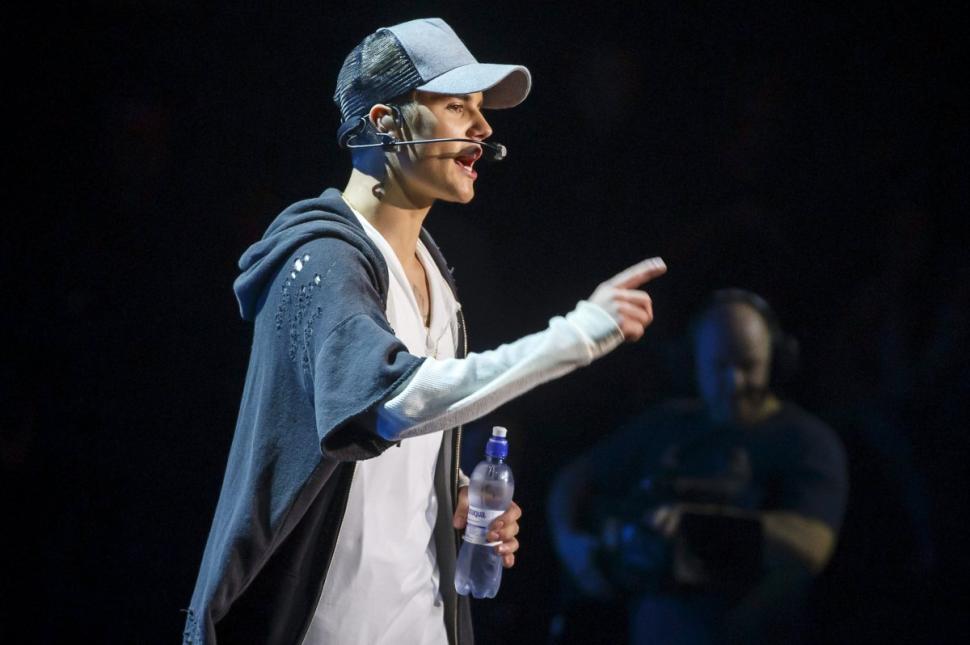 And it was all because front row fans were reaching up toward him. 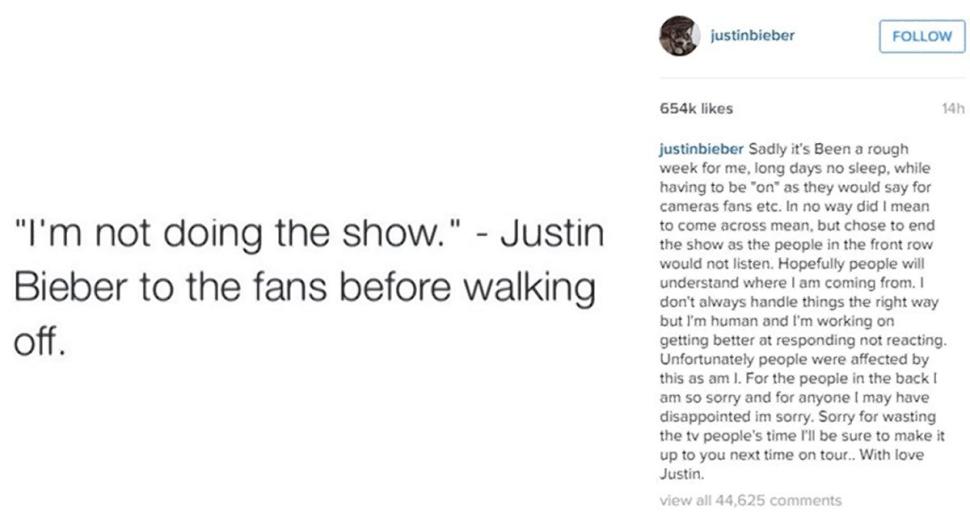 The next sound heard is the high-pitched siren wail of broken-hearted teenage girls.

Bieber’s private jet took off from Oslo after midnight local time, and some of his Beliebers were left in tears.

He then issued an apology on Instagram, reminding everyone he doesn't "always handle things the right way but I’m human and I’m working on getting better at responding not reacting.”

He began by trying to put his life in perspective and wrote, “Sadly it’s been a rough week for me, long days, no sleep, while having to be ‘on’ as they would say for the cameras fans etc.

“In no way did I mean to come across mean but chose to end the show as the people in the front row would not listen. Hopefully people will understand where I am coming from.”

No word on whether there will be refunds for the crushed fans.

It has been a week of Bieber making abrupt exits. He cut off an interview with a Spanish radio station because he did not like the host’s questions.

And it was only 10 days ago that naked photos of him in Bora Bora surfaced.