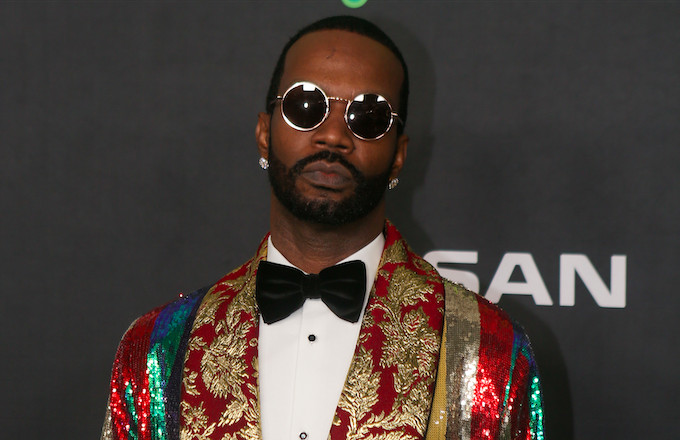 He posted an apology on Saturday (Feb. 29) and promptly deleted evidence of the song from Soundcloud, Twitter and Instagram. 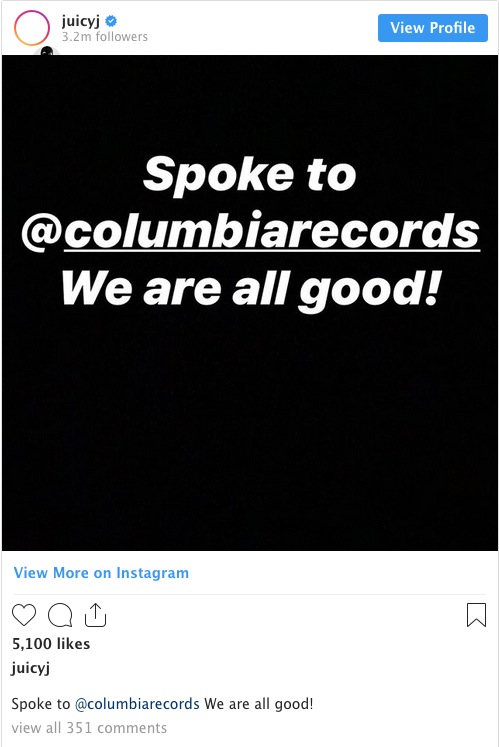 Early Saturday morning, the rapper shared the track and a video of him dancing to it on Instagram. He took to Twitter to repeatedly call out Columbia and say that "they treat me like backwash" in spite of the two decades he's spent on the label's roster.

"F-k Columbia Records" featured Prince in two instances: a photo of the late artist with "SLAVE" written on his cheek served as the single's artwork, and audio from Prince's speech at the 2000 Soul Train Awards was worked into the track. "As long as you're signed to a contract, you're going to take a minority share of the winnings," Prince said in the sampled remarks. "A select few of us will do well. The majority will not."

In addition to the track, Juicy J threatened to leak his whole album.