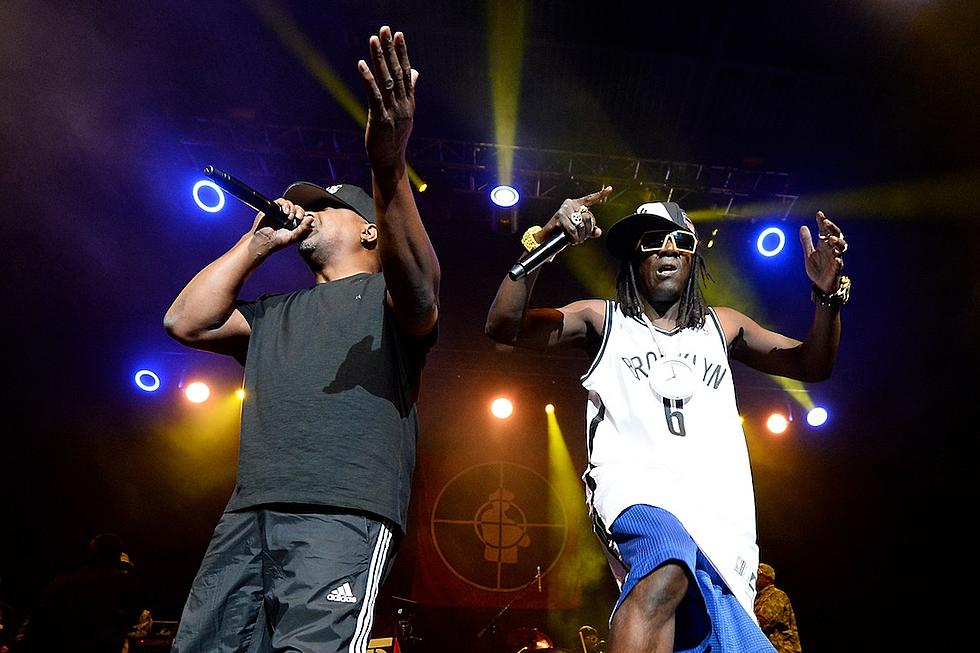 Hip-hop heavyweight Flavor Flav slapped Vermont Sen. Bernie Sanders with a cease-and-desist letter for claiming that Flav’s group, Public Enemy, would be performing at a Sunday rally in Los Angeles — arguing that only Chuck D will take the stage, according to reports.

“Sanders has promised to ‘Fight the Power’ with hip hop icons Public Enemy — but this Rap Icon will not be performing at the Sanders Rally,” read the letter, obtained by Spin and sent through Flav’s lawyer, Matthew H. Friedman.

“To be clear Flav and, by extension, the [Rock and Roll] hip hop act Public Enemy with which his likeness and name have become synonymous has not endorsed any political candidate in this election cycle and any suggestion to the contrary is plainly untrue,” the letter continued.

The 60-year-old hype man — known for yelling “Yeah, boyee” — also charged that the Sanders campaign’s promotional materials included “the unauthorized use of his likeness, image and trademarked clock,” referring to the outsize timepieces synonymous with Flav’s stage persona.

“Sanders claims to represent everyman not the man yet his grossly irresponsible handling of Chuck’s endorsement threatens to divide Public Enemy and, in so doing, forever silence one of our nation’s loudest and most enduring voices for social change,” the message added.

“If Bernie allows this deceptive marketing to continue without clearly correcting the messaging … Senator Sanders will himself have played a part in whitewashing a key chapter in American History,” the letter continued. “Bernie, his name is Flavor Flav and he does NOT approve your message!”

Sanders, 78, a self-described Democratic socialist, has surged in the polls of late, although he suffered a loss to moderate former Vice President Joe Biden in Saturday’s South Carolina primary.

Flav, real name William Drayton, said that he had no problem with Chuck D — the “Don’t Believe the Hype” group’s co-founder — voicing his own political opinions, but said that it’s not his place to speak for all of Public Enemy.

“While Chuck is certainly free to express his political views as he sees fit — his voice alone does not speak for Public Enemy,” the letter said.

In fact, the performance will include not just Chuck D, but longtime Public Enemy turntablist DJ Lord and rapper Jahi, who collectively make up spiritual successor group Public Enemy Radio, according to HipHopDX.

Flav insisted that he meant no ill will.

“Flav is reaching out, not in the spirit of division, but for the sake of unity in the hope of preserving the integrity of the Public Enemy Movement and the faith and trust his millions of fans around the world have placed in him,” the letter continued.

In a statement to HipHopDX, however, Chuck D responded with a stark ultimatum.

“Flavor chooses to dance for his money and not do benevolent work like this,” said the 59-year-old Queens native, real name Carlton Ridenhour. “He has a year to get his act together and get himself straight or he’s out.”