John Singleton‘s mother is trying to jump the line and be named special administrator of his estate — before a court hearing on the matter — and now the legendary director’s daughter is trying to make sure that does not happen.

According to court documents obtained by The Blast, Cleopatra Singleton is objecting to her grandmother Sheila Ward’s request to be named special administrator of the estate. Ward claims she needs the power ASAP but Cleopatra claims that Ward is trying to give the court the “runaround” with her petition.

A hearing on the estate is scheduled for later this month and Cleopatra believes the matter should be settled then. Cleopatra argues, “If the Court believes there is an immediate need for letters of special administration, Ms. Singleton requests that the powers be limited to collecting assets, paying regular obligations of the estate, and depositing income. Ms. Singleton further requests that a bond be required for the assets that Petitioner anticipates are present and will be received.”

Ward and Singleton’s daughter Cleopatra have been battling it out in court ever since the director was first hospitalized after suffering a stroke.

As The Blast first reported, Sheila Ward claims that someone has taken things from the late director’s house and gave them out without permission.

She says that John Singleton secured his valuables in a locked office located in his home but claims that the locked office “was recently breached by a third party and items were removed and distributed without authorization to a beneficiary who believed that he was protecting the assets from other beneficiaries.”

Ward has asked to be named special administrator “to restore order, to secure the Decedent’s assets and to make decisions regarding his real and personal property.” 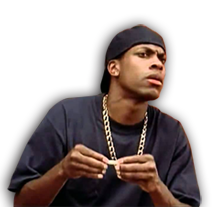