The woman had just asked the presidential hopeful about his fourth-place standing in the Iowa caucuses.

“How do you explain the performance in Iowa and why should voters believe that you can win the national election?” she asked, according to a clip of the exchange.

Biden, 77, admitted it was a legitimate question but then asked her: “Iowa’s a caucus. Have you ever been to a caucus?”

When she indicated she had, Biden responded: “No, you haven’t. You’re a lying dog-faced pony soldier,” drawing laughter from the crowd.

The phrase, from a John Wayne movie, is one Biden has used several times before, his campaign pointed out.

But it still confused the woman on the receiving end, who told The Washington Post she thought she’d asked a legitimate question.

“I read an article that he said [Iowa] was a punch to the gut, and I’m not one to just push on wounds. I’m not trying to humiliate anyone,” Madison Moore, a 21-year-old student at Mercer University in Georgia, told the outlet.

“He wasn’t sitting in at the Senate trials for impeachment, so he had Iowa to himself. And then you’ve been a politician for like decades — how are you not way above all the other candidates?”

At the campaign event, Biden told Moore that he doesn’t think the Iowa caucus is a good measure of how a candidate will perform in other states. 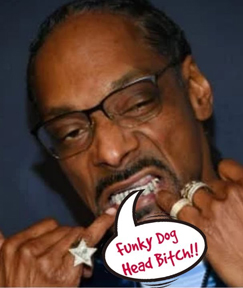