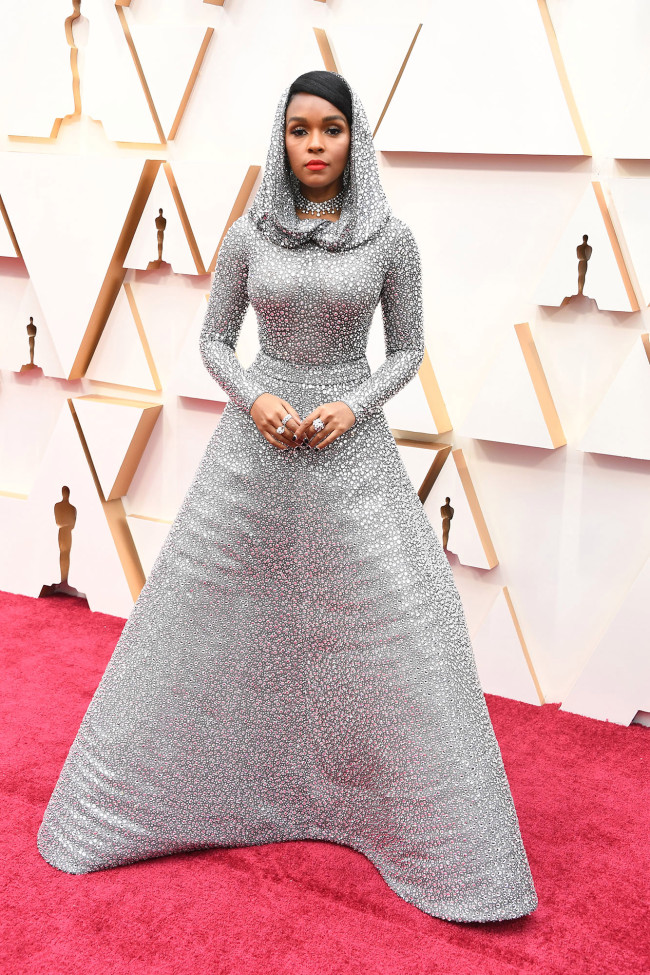 The “Dirty Computer” singer, 34, looked like a beautiful human disco ball in a custom silver Ralph Lauren gown adorned with a whopping 168,000 Swarovski crystals. The head-turning A-line dress also featured a draped hood and an open back.

Monáe added even more sparkle with a smattering of diamond jewelry from Forevermark, including a choker studded with over 36 carats of shimmering stones.

The “Make Me Feel” musician will be performing during Sunday night’s ceremony at the Dolby Theatre in LA, alongside Billie Eilish, Idina Menzel and more. Monáe also starred alongside Best Actress nominee Cynthia Erivo in “Harriet.”