JILL SCOTT GETS HER FIRST #1 ALBUM ON BILLBOARD! 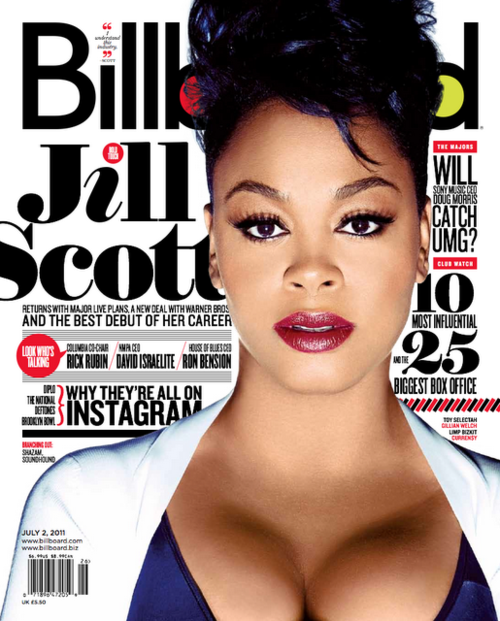 R&B singer Jill Scott is celebrating her first No. 1 album on the Billboard 200 chart, after her new album, The Light of the Sun, sold 135,000 copies, according to Nielsen SoundScan, in its debut week.

The Light of the Sun is Scott's fourth studio album.

Scott also covers the July Issue of Billboard Magazine, where she talked about the 2007 divorce of her husband Lyzel Williams.

“One of the reasons my ex-husband and I broke up is that he stopped eating my food. He was pissed (off) for other reasons, but the best way to show me was by leaving what I'd made for him uneaten for days on the kitchen counter. It was a smack in the face.”

After Jill Scott's 50-pound weight loss, and new success atop the charts, her ex-husband might be willing to eat her cooking now.