WTF! IN TEXAS MEDICAID WILL NO LONGER PAY FOR PLANNED PARENTHOOD ABORTIONS! 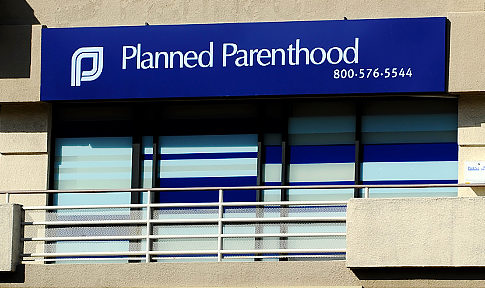 Texas is about to become the largest state to defund Planned Parenthood.

Its majority-Republican Legislature passed a health care bill Monday that would bar the nation's largest abortion provider from receiving any state family funds, according to local news reports.

The legislation will now go to abortion-foe Gov. Rick Perry, who is expected to sign it by the end of the week.

Texas will join Wisconsin, where lawmakers are also in the process of defunding Planned Parenthood. Indiana, Kansas and North Carolina already cut funding to the organization earlier this year.

The Lone Star state's legislation would convert the state's Medicaid program into a block grant, which would give Texas more freedom to decide how the funds are used.

If the federal government agrees to the block grant proposal, Texas lawmakers included legislation in the proposed bill that would block any funding from going to programs that "perform or promote elective abortions."

Sarah Wheat, the interim co-CEO of Planned Parenthood of the Texas Capital region, said Texas can expect to see several of its family planning centers closing or reducing hours this summer if Perry signs the bill.

"Women's health hangs in the balance as a result of the complete gutting of women's health services," Wheat told the Daily News. "[Monday's] bill will just make it harder for women to access Planned Parenthood, which is the oldest and largest provider of women's health care."

Wheat said the situation was made worse by this month's passage of a budget bill that reduces the state's family planning funding from $111 million to $37 million.

The health care bill will ensure that Planned Parenthood does not receive any of the $37 million.

Approximately 280,000 uninsured women are expected to lose access to health screenings in Texas as a result.

"The governor continues to champion the protection of unborn life in Texas, recently signing House Bill 15, which requires a woman to have a sonogram before electing to have an abortion to ensure she is fully informed before making such an impactful decision," Nashed said.

That's truly f**ked up! It might cause chicks to go back to hangers & backyard abortions!