Since twins Sir and Rumi were born on June 13, Beyoncé and Jay-Z have kept busy buying homes.

In August, the power couple plunked down a cool $88 million for a 30,000-square-foot Los Angeles estate.

Not long after, they shelled out $26 million for an East Hampton spread at 81 Briar Patch Road on exclusive Georgica Pond, where neighbors include Ronald Perelman, Steven Spielberg and Martha Stewart.

(Let’s hope they try to make the pond less toxic — a problem that plagues its water in part because of run-off from the very fertilizer that makes the billionaires’ trophy lawns so green.)

Now, Gimme Shelter can report exclusively that, as all this was happening, in late August, Beyoncé quietly sold her 44th-floor apartment in One Beacon Court, at 151 E. 58th St. in Midtown East, for $9.95 million.

“The sale happened really quickly. They were hard to reach — there was so much going on,” says a source close to the deal. While Beyoncé and Jay-Z have a penthouse pad in Tribeca, she kept this home for family members. The buyer, we hear, is a West Coaster who will be using it as a pied-à-terre. The listing brokers, Corcoran’s Deborah Grubman, David Adler and Paul Albano, declined to comment, as did the buyer’s broker, Victoria Shtainer, of Compass. 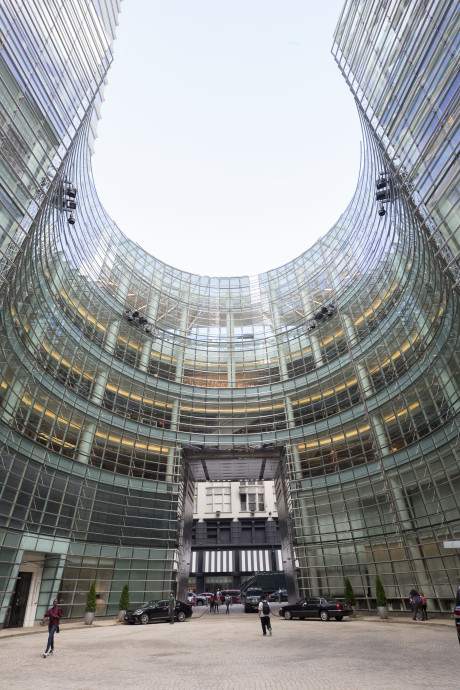 The corner unit, which sold in just 11 days, is 2,669 square feet. The glassy condo tower is known for its through-block driveway.

It features three bedrooms, floor-to-ceiling windows and a chef’s kitchen. Beyoncé’s mother, fashion designer Tina Knowles, sold her own unit at One Beacon Court in 2011 — a 42nd-floor residence that she sold for $5.1 million.

And then, of course, there’s brash billionaire Steve Cohen, who is still trying to sell his penthouse there, designed by the late Charles Gwathmey, for $57.5 million — down from its original $115 million asking price.

That property is now listed with hotshot brother brokers Tal and Oren Alexander, of Douglas Elliman.