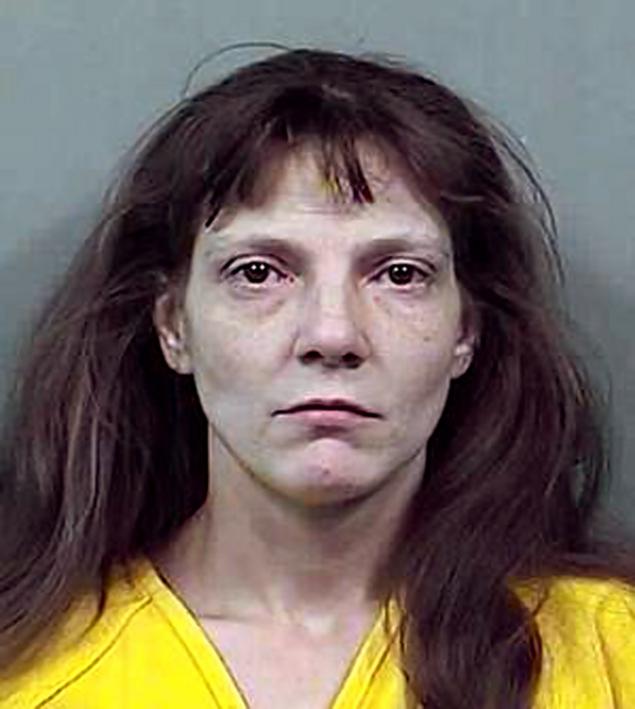 An Indiana woman sliced a man’s genitals with a box cutter after she accused him of molesting her 2-year-old son, authorities said.

Bonita Lynn Vela, 35, was collared after she and two other men allegedly held the 18-year-old man captive for several hours inside a mobile home at a trailer park in Franklin early Saturday, according to WXIN-TV.

The victim, who is the boyfriend of Vela’s daughter, said he was allowed to leave only after the crazed woman cut his penis, the news station reported.

The unidentified teen said that Vela was “extremely mad” and told him that he would “have to choose his life or his penis.”

Vela, convinced that the teenager had abused the child, allegedly told the teenager that “she wanted to scar him so that he would have to look at it every time that he had sex in the future,” according to a police report obtained by the Fox affiliate.

The teen argued that he never harmed the little boy, but Vela didn’t budge and demanded he pull his pants down so she could cut his genitals.

She allegedly told him that if he didn’t comply, “she was going to have people hold him down and she would cut (his penis) all the way off,” according to the police report.

The frightened teen told investigators he eventually dropped his pants before she cut him with the box cutter.

Vela allegedly told police that she went to a friend’s house and smoked pot before the bloody encounter. She was not sure if she had taken any other drugs.

She said that her “anger just grew” and had a friend get her daughter’s boyfriend so she could grill him about abusing her son.

She claimed that if he “didn’t have anything to hide then he should let her cut him and that regardless of what happened he was to leave and never come back,” according to the police report.

In a written statement, Vela said she only wanted to scare the teen and didn’t mean to hurt him. She said the teen was cut when he tried to knock the blade from her hand.

Police said they are also investigating the woman’s claim that her son was molested, but no arrests were made.